By Stephen Wright Associate News Editor For The Daily Mail

Leaders of the cash-rich police union have been accused of betraying the memory of murdered officers by refusing to fund a memorial to those killed in the line of duty.

The Police Federation of England and Wales, which represents 120,000 rank-and-file officers, had pledged to give up to £1million towards the cost of building a new £4.5million ‘police cenotaph’ to remember 4,000 fallen officers.

Those to be honoured at the National Memorial Arboretum in Staffordshire included 1,400 police officers who gave their lives protecting the public, as well as those who died while at work. 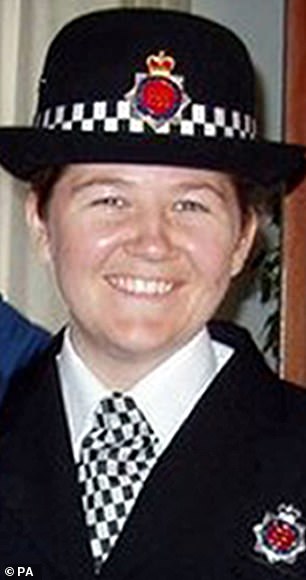 But the Federation, which has a £26million luxury HQ in Surrey and millions of pounds in assets and reserves, has allegedly gone back on its pledge to make a huge donation towards the memorial – plunging plans for the project into ‘serious’ doubt.

So far, £3.6million has been raised from the Government, the private sector and the police, including about £250,000 from local branch boards of the Federation. But another £900,000 is still needed for the memorial to be built and opened late next year. 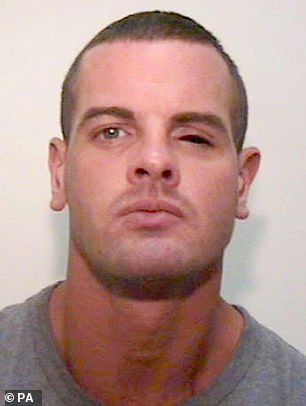 The funding gap had been expected to be filled by the national Police Federation, which has been dogged by controversy in recent years. Sources in the Federation said verbal reassurances had been given by two of its senior officials that up to £1million would be given towards the memorial project.

Sources added that its new chairman, John Apter, who has been supportive of the memorial project, has been outmanoeuvred by ‘old guard’ colleagues and that the snub has caused bitter divisions.

Last night the widow of one of three unarmed police officers shot dead by a notorious career criminal said those behind the snub should be ‘ashamed of themselves’.

Gillian Wombwell, 72, whose husband David, 25, was killed by Harry Roberts in London in 1966, said: ‘The whole thing is totally unjust. The fact that the national Police Federation doesn’t support this memorial project is incredulous.

‘They ask the public to dig deep in their pockets to support it, but aren’t doing it themselves. They are betraying the memory of brave officers.’

The fathers of Fiona Bone, 32, and Nicola Hughes, 23, two police officers who were murdered in a gun and grenade attack by one-eyed drug dealer Dale Cregan in Greater Manchester in 2012, urged Federation leaders to change their minds.

Its reserves of cash run to millions

With £16.5million in ‘central reserves’ and a £26million HQ in Leatherhead, Surrey, the Police Federation of England and Wales could hardly be described as impoverished.

On top of this astonishing wealth, there are 43 branch boards across individual police forces, which together have reserves and assets worth tens of millions of pounds more.

The exact amount held by the branches of the Federation was unclear last night. But sources admitted that the union remains cash rich.

The Federation, which represents 120,000 officers from the rank of chief inspector down, was mired in controversy about its finances following an independent review five years ago.

According to reports, it had reserve funds of £64.5million – about £35million held by local branch boards.

The fall in police numbers in recent years has led to a fall in revenue from subscriptions.

Paul Bone said the funding U-turn was ‘really disappointing’. Bryn Hughes said: ‘There needs to be a place where people can go and have time and space to reflect, and where they can pay their respects.’

Details of the dispute have been revealed in a letter to Home Secretary Sajid Javid from former chief constable Sir Hugh Orde, chairman of the trustees of The Police Arboretum Memorial Trust.

Sir Hugh said: ‘Whilst a number of local branch boards (of the Federation) have been extremely generous, it is disappointing that the national organisation that represents all 120,000 frontline police officers feels unable to make a donation.’

The Police Federation said: ‘We have not declined to make a donation – the Federation collectively has already given nearly £250,000 and have been looking at other ways in which we can support this project. The Federation has not gone back on anything.’

It said a request for an additional £760,000 was ‘considered too much by many, taking account of the fact that, as an organisation, we had already given almost £250,000’.

Donations can be made to the Memorial by visiting www.ukpolicememorial.org and clicking on the donate button. Alternatively you can make a £5 text donation by texting COURAGE to 70171.