New police video shows MLB star Aaron Judge’s girlfriend dropping his name during February DUI arrest and telling cops that ‘he plays baseball for the Yankees, so this is not good’

Newly released police video shows the girlfriend of New York Yankees slugger Aaron Judge attempting to talk her way out of a DUI arrest in Scottsdale, Arizona last February by dropping his name and saying he would be hurt by any bad publicity.

‘Do you know who my boyfriend is?’ Samantha Bracksieck asked police while being arrested on February 25. ‘This is going to be so bad. I’m just saying that right now.

‘He plays baseball for the Yankees,’ she says later in the back seat of the police car. ‘So this is not good. I’m just trying to get home. I have work at 7am in the morning.’

After the officer asked who her boyfriend is, she is heard sobbing, ‘Aaron Judge,’ as seen in the police video obtained by TMZ. Scottsdale police did not immediately respond to the Daily Mail’s request for the footage. 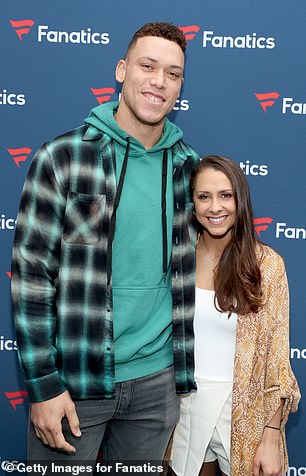 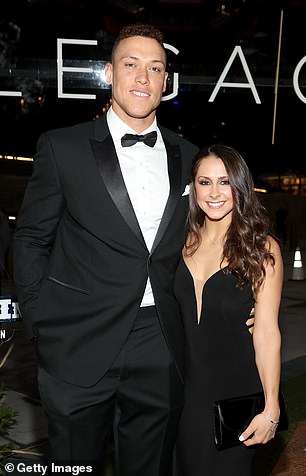 Bracksieck, who was accused of driving at night without her headlights on, was charged with ‘extreme DUI’ for allegedly having a blood-alcohol content (BAC) between .15 percent and .19 percent, as well as four other offenses.

According to police, she initially registered a .125 percent BAC and then followed that with readings of .169 and .181 at the police station. Drivers are not legally allowed to have a BAC of .08 percent or more in Arizona.

She faces jail time if convicted. Her next court date is in June, according to TMZ.

After initially hesitating to drop the 28-year-old Judge’s name, Bracksieck tried and failed to play on police sympathy for her famous boyfriend.

‘He’s a public figure,’ she said, referring to Judge. ‘So, like, me being arrested for, like, having two glasses of wine is not OK.’

While slurring her words, Bracksieck said she had two glasses of wine with a friend at Mastro’s Steakhouse.

At one point she asked a policeman if he ‘understands the media in New York.’

He confessed that he did not.

‘Exactly,’ she replied. ‘Then you don’t understand. My boyfriend is in the spotlight in New York media in general. And now here I am handcuffed in Arizona … Like, that is not good.’ 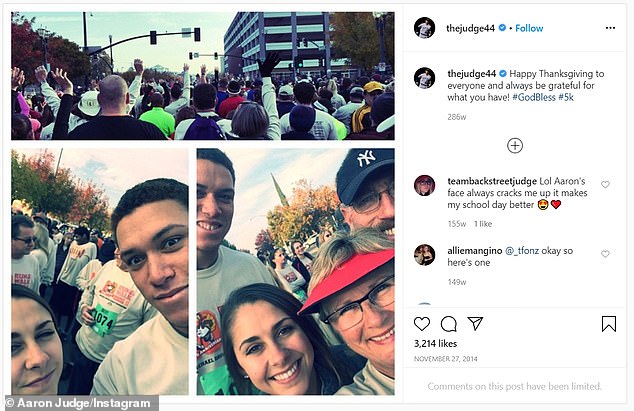 It is not clear when they began dating, but the two are pictured on his Instagram page in 2014, a year after Judge was drafted by the Yankees in the first round

She finally told the officer that her boyfriend ‘plays baseball for the Yankees’ before admitting that it was Judge.

Police are also heard reassuring Bracksieck that she will be able to make it to work the next day.

‘It’s only about midnight,’ the officer said. ‘You’re only going to be with us for about two or three hours. You keep on saying you have to be at work in the morning. You’ll still have that ability.’

A two-time All-Star and 2017 American League Rookie of the year, Judge began dating Bracksieck while attending Fresno State. It is not clear what year they began dating, but the two are pictured on his Instagram page in 2014, a year after Judge was drafted by the Yankees in the first round.

Judge, the Yankees, and Major League Baseball have been on hiatus since March, when spring training was cancelled and opening day was delayed indefinitely amid the coronavirus outbreak.

Days after his girlfriend’s DUI arrest, Judge reported to spring training at the Yankees’ facility in Florida. It is not clear if he was in Arizona with her at the time of the incident. 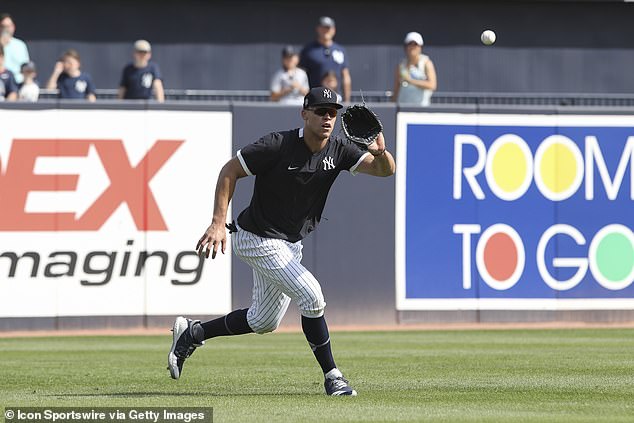