Police want to use stop and search without ‘reasonable grounds’

Police chiefs want an expansion of stop and search powers to combat knife crime by lowering the level of suspicion an officer needs to take action.

They want to scrap the requirement that ‘reasonable grounds’ are needed before a suspect can be frisked.

It came as Home Secretary Sajid Javid was last night locked in a bitter war of words with the police over how to fight the violence epidemic which has seen 250 knife killings in Britain this year.

Adrian Hanstock, of the National Police Chiefs’ Council, said talks had been held with Mr Javid over stepping up stop and search. He stressed: ‘There are a lot of calls for officers to do more stop and search. But the current individual threshold that officers have to meet is very tight and precise.

‘So is there any appetite to reduce that threshold where an officer has a genuine fear that the person is at risk, or there is a safeguarding threat, or [there] is a risk to others?

‘If that officer does not have sufficient grounds or X-ray vision to see they are carrying a weapon, and they are concerned they may have something to cause harm, that should trigger a search,’ he told the Guardian.

Mr Javid earlier clashed with Scotland Yard commissioner Cressida Dick after she accused the Government of leaving police ‘hamstrung’ in the battle against violence. She called for the Home Office to ‘show more leadership’ –only for Mr Javid to insist there needed to be ‘more leadership all round’. The blame game flared up after five knife killings in six days in London so far this month. Three victims were teenagers. 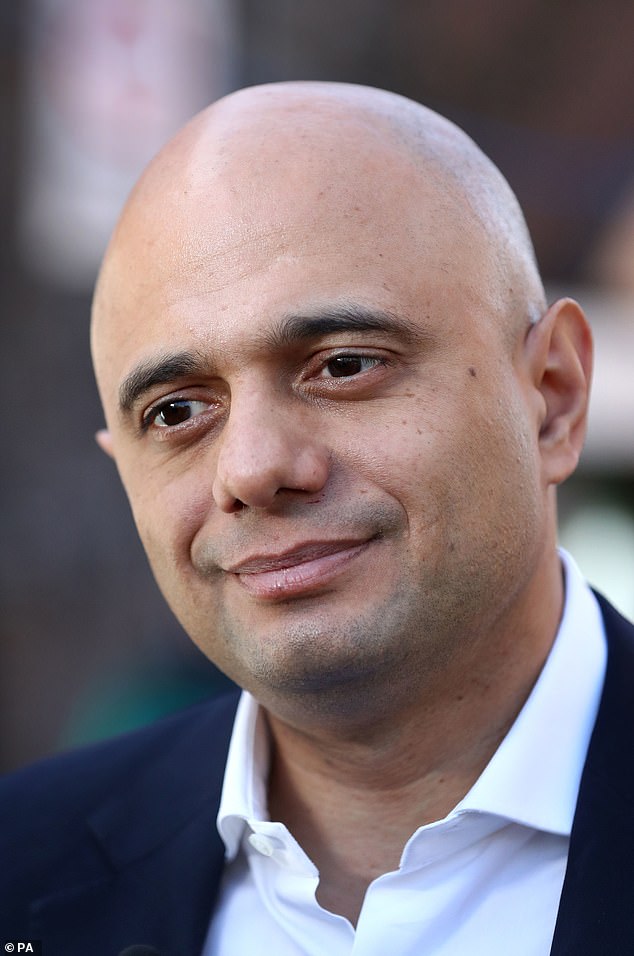 Home Secretary Sajid Javid during a visit to Brixton, south London, as he unveiled details of a new drive to stop youngsters being drawn into crime or exploited by gangs

The crisis has sparked a furious debate between the Government and senior police over the link between deep funding cuts and rising crime.

Crime reported to police in ‘Wild West Britain’ has soared to a 13-year high of 5.6million offences in the year to June – an average of one every six seconds.

Last week the Met Police investigated its 120th murder of the year – more than in the whole of 2017.

It prompted Mr Javid to urge Scotland Yard to ‘get the situation under control’. In a phone call to Miss Dick, he ordered her to ‘step up’ action against knife crime.

But she responded by claiming the Home Office had ‘stepped back a lot and needed to show greater leadership’ – a view echoed in a damning report on the future of policing by the Commons’ Home Affairs Select Committee.

She also said a Government failure to fund more officers and refusal to allow them to use face recognition technology was making the Met’s job harder.

Yesterday Mr Javid hit back, by saying: ‘Young people are losing their lives. Parents and others will be absolutely devastated. They are looking for leadership – absolutely from Government, also from police, mayors and others. And that’s what they’re certainly going to get from the Government.

‘First and foremost, I am ensuring police have all the powers they need.’ He told the Sun on Sunday: ‘Carrying any type of knife is totally unacceptable’

He said the Offensive Weapons Bill, currently going through Parliament, would make laws even tighter. However, police chiefs have warned ministers that forces are struggling to cope following a 19 per cent cut in funding since 2010-11 to £12.3billion this year.