The Independent Office for Police Conduct (IOPC) is investigating after a teenage girl died in a car crash while a police vehicle was close by.

The silver Suzuki Swift crashed into a tree on Mundy Bois Road in Egerton on Saturday night, killing the 17-year-old, from Ashford, and seriously injuring three others.

Kent Police force made a mandatory referral to the IOPC because there was a police vehicle in close proximity when the accident happened.

Pictured: Two mourners in Ashford standing near flowers set down for the 17-year-old who died in a car accident in Egerton 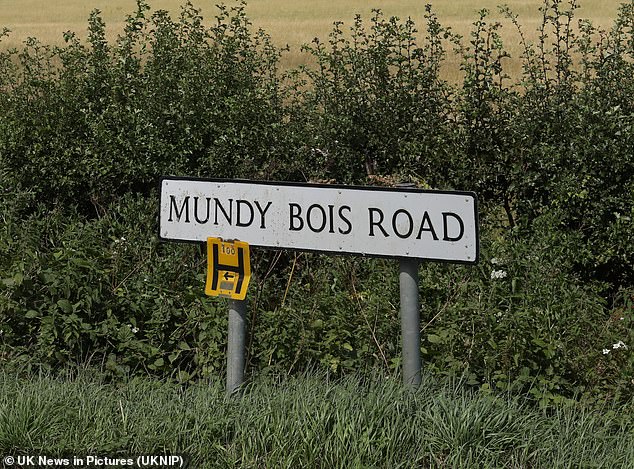 The three injured people, a 19-year-old man, an 18-year-old man and another 17-year-old girl, were all taken to a London hospital where they remain in a serious but stable condition.

Kent Police told the IOPC they saw a car with six people in it which then headed off at speed.

Officers said they turned around to follow the silver Suzuki Swift and called the ambulance service when they found the car crashed.

The IOPC said: ‘Our investigators attended the scene of the collision and attended the post-incident procedures.

‘Part of our investigation will be to establish whether or not the police were actively pursuing the vehicle.

‘Our thoughts are with the family of the young woman who has died and all of those affected.’ 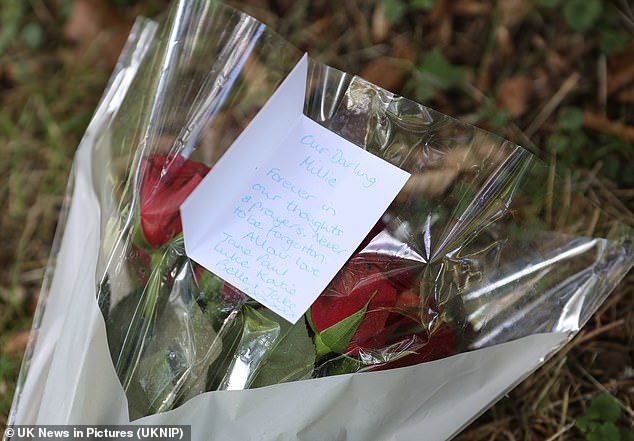 Pictured: Some roses left for the 17-year-old girl who was killed in the tragic car crash. The IOPC said their thought are with her family

Officers have arrested a 19-year-old man from Ashford and a 17-year-old girl from Maidstone who had previously been discharged from hospital.

They were arrested on suspicion of driving offences and remain in custody.

Officers from the Serious Collision Investigation Unit are also carrying out enquiries and want to hear from anyone who saw Suzuki Swift before the accident.

They are hoping to place the car’s movements and get an idea of how it was being driven.