A police widow has backed calls for a new ‘Harper’s Law’ to give life sentences to killers of emergency workers.

The man who mowed down Ruth Browning’s husband will walk free from prison within days after serving just five years of a 13 year sentence.

Luke Haywood, 34, was jailed in 2014 for crashing into PC Gareth Browning in Reading while on day release from prison.

Haywood was speeding away from officers in a stolen car when he collided with PC Browning as the father-of-two attempted to lay down a tyre ‘stinger’ device.

PC Browning, 36, suffered catastrophic brain injuries which he battled for three years until his death in April 2017.

Haywood was then re-sentenced for manslaughter – the same crime which PC Andrew Harper’s killers were convicted of earlier this year.

Mrs Browning, 40, is now backing Lissie Harper’s campaign for ‘Harper’s Law’ to give life sentences to those who kill police officers.

She told The Sun: ‘Gareth went to work to help and protect others. The least we can expect from our justice system is that it ensures those who injure and kill those who are protecting us are given appropriate and substantial jail sentences.

‘The person responsible will be out of prison later this year. 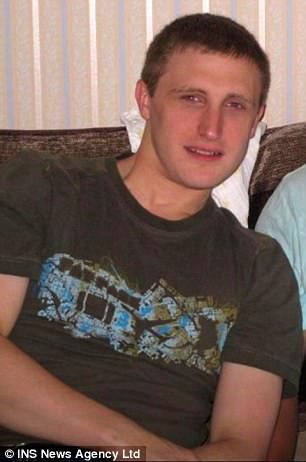 Police officer Gareth Browning battled his injuries for more than three years, but tragically passed away in April 2017

‘Given the driver had to finish serving his previous sentence, this means he served just five years for killing my husband.’

Haywood from Chagford Road, Whitley, Reading, had been on a day release from jail where he was serving time for burglaries.

Haywood went straight to a B&Q store where he bought a crowbar to use to break into a series of sheds.

A friend gave him the stolen car to drive to his new burglary targets.

Minutes later, he was spotted driving the car and officers gave chase.

PC Browning knew Haywood was heading his way so tried to lay the stinger stop device.

However, before he could finish it, he was knocked down by the offender who then sped off and went on the run for two days.

He was eventually arrested, charged and hauled before Reading Crown Court.

PC Browning suffered extensive skull fractures and was moved to neuro-intensive care where he was put into a medically induced coma where he remained for several weeks.

He was able to regain some movement in his limbs and could open an eye, but he was unable to swallow or communicate.

PC Browning had recurring sickness and required assistance with all matters of his physical care.

A post-mortem examination revealed he died of broncho pneumonia as a consequence of his head injuries. 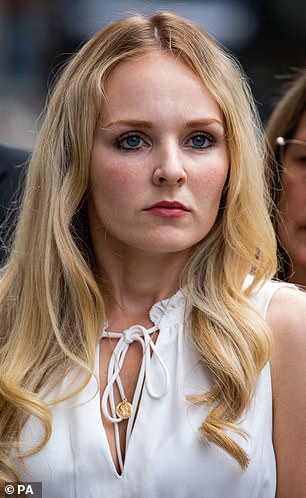 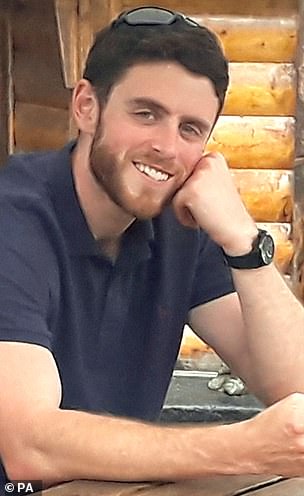 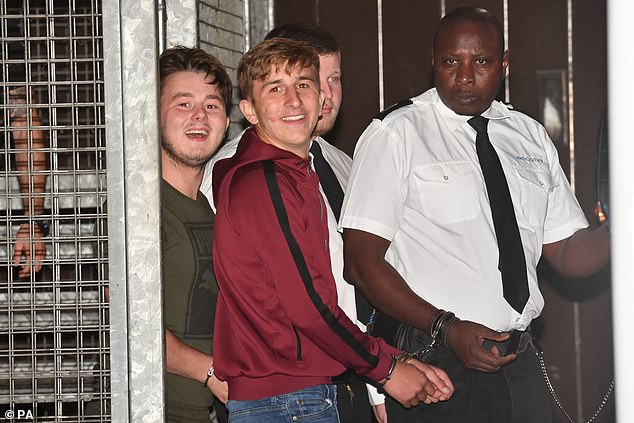 Albert Bowers (left) and Jessie Cole (centre) leaving Reading Magistrates Court following an appearance in relation to the death of PC Andrew Harper. The pair, both 18, were jailed for 13 years

PC Browning’s Thames Valley Police colleague PC Harper, 28, was dragged to his death by a trio fleeing in a getaway car they’d intended to use to steal a £15,000 quadbike.

The driver Henry Long, 19, was jailed for 16 years, while his accomplices Albert Bowers and Jessie Cole, both 18, were each jailed for 13 years.

They could all be back on the streets within eight years.

Lissie Harper’s petition for such criminals to receive life terms has now received more than 500,000 signatures.