A police officer has become an internet sensation in China after climbing out of a nine-storey flat with bare hands to collect evidence.

Peng Hongting, from southern China’s Guizhou Province, was collecting handprints left by an alleged burglar outside a window when his colleague captured the man’s brave action in a video.

The officer said he didn’t choose to use tools because he didn’t want them to cause damage to the evidence. 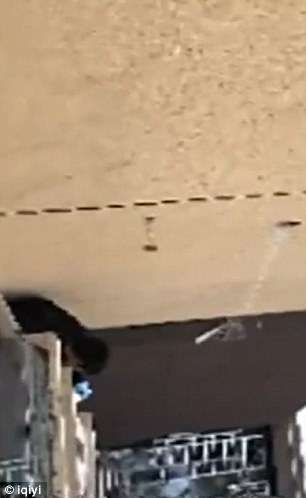 Police officer Peng Hongting is seen climbing outside a flat on the eighth floor in Guiyang, China (left). He has not worn or carried any safety harness but with his bare hands (right)

Officer and his colleagues had been sent to investigate an alleged burglary in a residential home on January 16.

The footage was first posted on Weibo, a Twitter-like social media site, by residents in the neighbourhood because they had mistakenly thought officer Peng was a burglar.

After the Guiyang police saw the video, they looked into the matters. Then they issued a statement which confirmed the man in question was a police officer and he was working to solve a home burglary case.

Pictures and videos emerged show Peng holding onto a balcony at about 30 metres (98ft) above ground.

Officer Huang Qiang, who was at the scene with Peng, mentioned it could be too dangerous as they did not have the safety harness or any equipment to climb a building wall.

Officer Peng told Guizhou Television Broadcast that he found footprints mark near the balcony upon receiving a report of alleged burglary.

Then he looked out and realised there were also handprints on the outer wall.

‘I was thinking that I can’t miss that such an important material evidence, so I climbed out from the window and took pictures of handprints on the side of the window,’ Peng said. 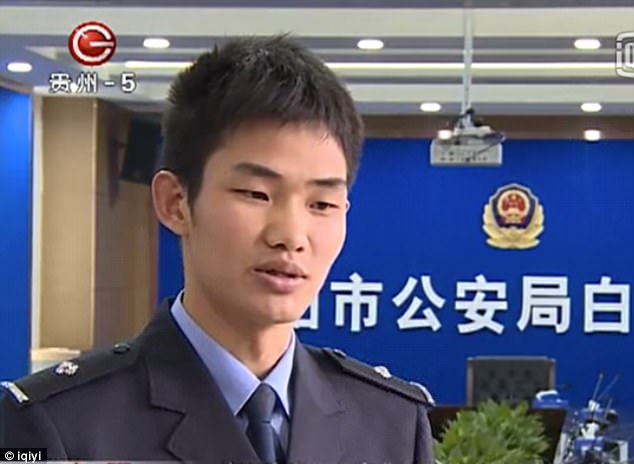 Officer Peng, pictured, believed the handprints at the side of the window is crucial to the case 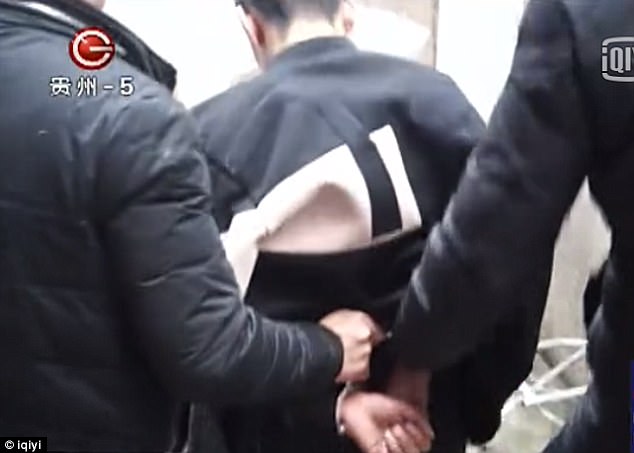 Thanks to Peng’s effort, the police successfully tracks down and arrests a 20-year-old suspect 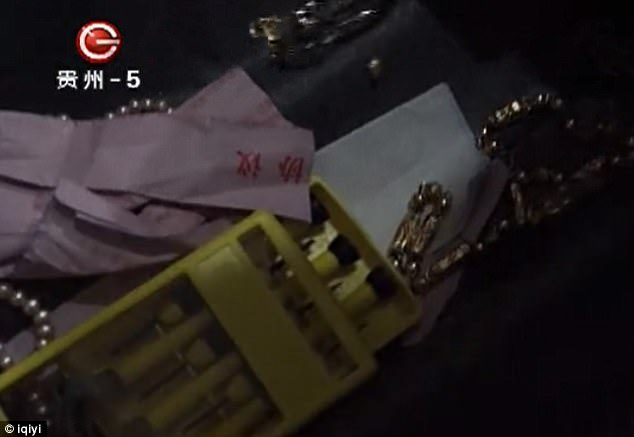 It was a joyful moment when Peng found out that the evidence he had risked his life collecting was crucial in tracking down the suspect.

According to Guizhou Television Broadcast, the police managed to locate a hostel where the suspect was staying.