Polish bungee jumper plunges 330ft to the ground after accident, breaking his spine

This is the horrifying moment a bungee jumper plunged to the ground breaking his spine after his harness broke.

The 39-year-old man jumped from a 330ft platform in Gdynia, Poland, when the harness attaching him to the bungee cord snapped.

The shocking clip shows him diving head-first into an airbag below, but that was not enough to break his fall.

An unnamed 39-year-old man, pictured, broke his spine after a bungee jumping accident in Gdynia, Poland 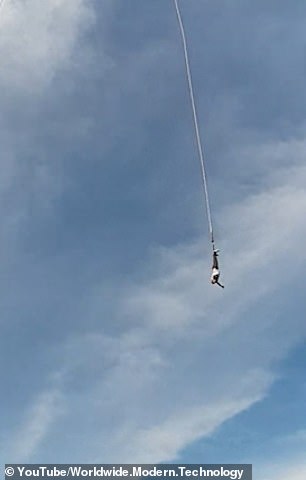 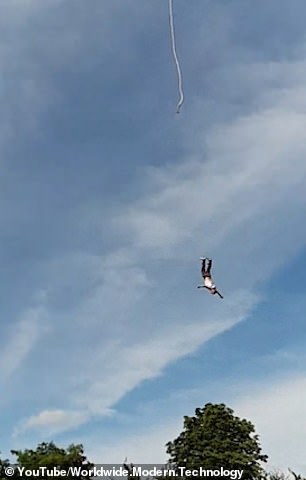 Shocking footage from the scene shows the man plunging through the air from the 330ft-tall platform. The harness appears to either snap or slip off, leaving him free falling

He bounces once before coming to a stop. Several employees are then seen walking over to check if he is okay.

According to local news website Trojmiasto.pl, he was found conscious after the fall and was taken to hospital.

He is believed to have suffered a broken spine and several internal organ injuries.

Fortunately, the spinal cord was not severed in the accident and the man, who is believed to be a local resident, will still be able to move after he recovers.

The accident, which happened at around 6pm on Sunday, was caught on camera by two different people.

Krzysztof Kuśmierczyk, from the Gdynia police, told  Trojmiasto.pl that officers at the scene interviewed both witnesses and employees after the incident. 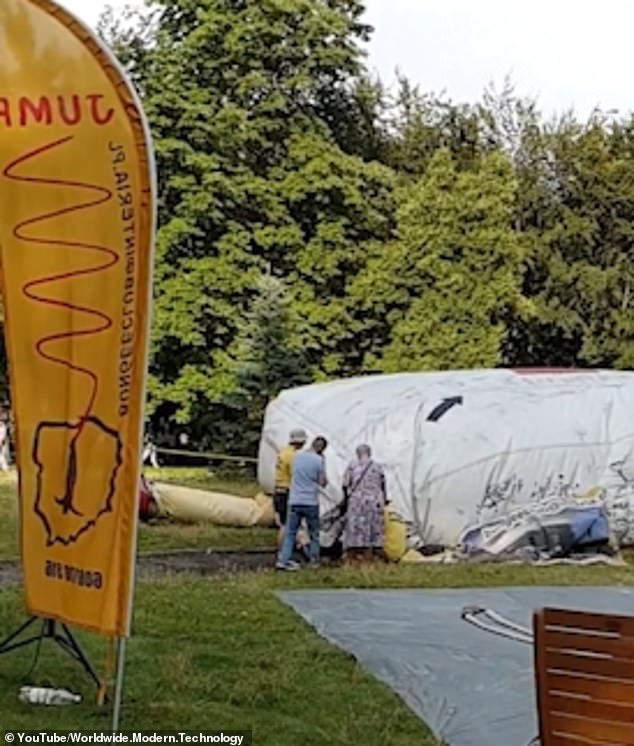