This is the heart-stopping moment a thrill-seeker scales the 500ft-high Humber Bridge and does a handstand on the top of it.

The Polish daredevil filmed himself performing the death-defying stunt before uploading the shocking footage to YouTube.

The video, which captures his entire journey to the summit of the bridge’s south tower, has been viewed over 75,000 times.

The 15-minute-long edited clip begins with the stuntman travelling by car over the Humber Bridge, near Kingston upon Hull, in the dead of night.

The man, wearing a black hooded coat to hide his identity, is seen taking a swig of herbal tea before starting his summit.

He then attaches himself to a cord and begins the vertical climb using just his hands and feet to hang on. 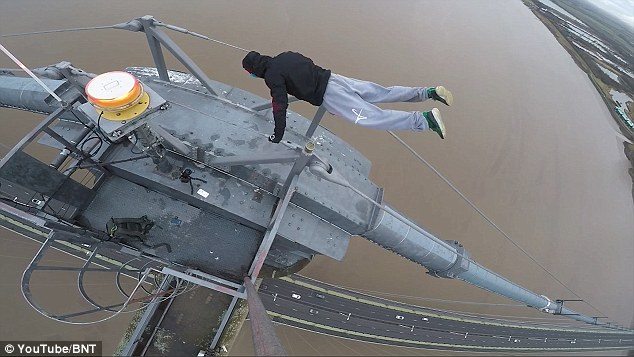 With cars passing by below him, the thrill-seeker then stops on a ledge and watches the sun rise while pouring a second drink before uttering the words ‘beautiful English morning’.

He goes on to say: ‘Hello viewers. I’m sure if you know, but I do know now what is cool in UK. In UK, among other nice bridges, and I’m just standing on top of one of them.

‘It is not a skimpy bridge. It’s the tallest bridge in this country. 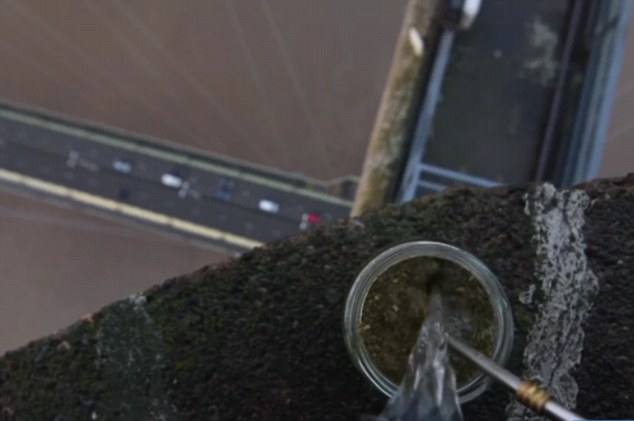 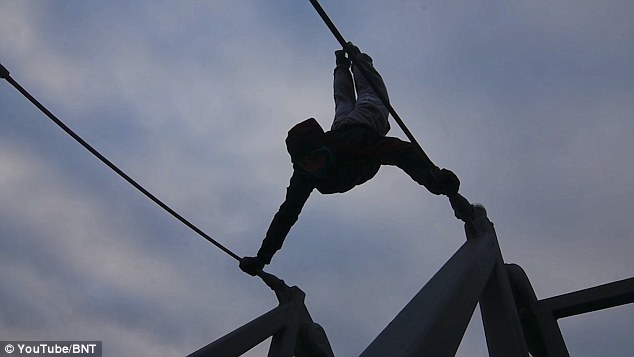 The video was uploaded to his Youtube channel and has more than 75,000 views 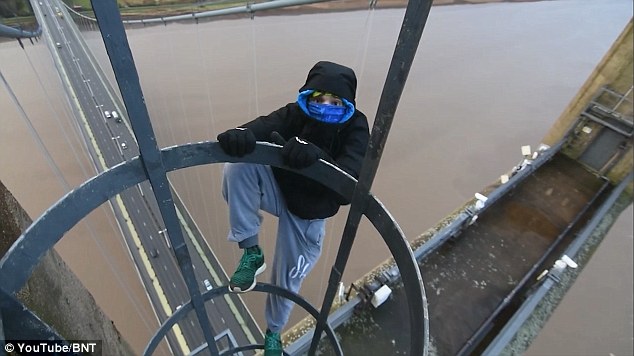 ‘Seriously, I shouldn’t be here. First of all, climb up here is forbidden and also I don’t have a time. I ain’t got time for being here.’

After apologising to his friends for his absence while making the film, he then plays down the feat.

‘To be honest to get on top of this bridge, it wasn’t hardcore, to get here I walked up lightly on that long thick wire but I think it could be done harder and climb on that longer vertical wire. 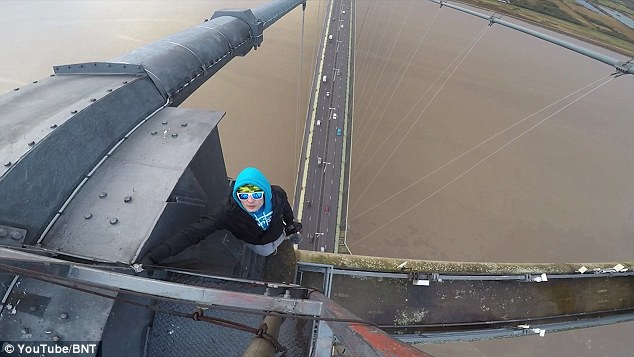 The 500ft-high bridge, near Kingston upon Hull, ‘was easy’ according to the thrill-seeker 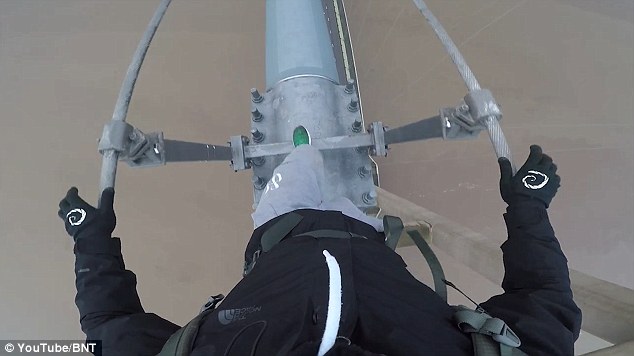 Not for the faint hearted! He grabs hold of two wires before showing off his gymnastic skills

‘Someone may think it is impossible, but it is possible, maybe not on a single one,’ he said.

After his piece-to-camera the climber performs a series of death-defying acrobatics on wires at the very top of the bridge.

He then packs up and begins his descent saying: ‘All good things come to an end, let’s go down then.