A Polish MEP who claimed women should earn less than men because they’re less intelligent has had his £8,000 overturned by a court.

Far-right politician Janusz Korwin-Mikke, 74, stood up in European Parliament in March 2017 and said women should earn less than men because they are ‘weaker’, ‘smaller’ and ‘less intelligent’.

But the European Court of Justice (ECJ) decided on Thursday to cancel his €10,000 (£8,000) fine because he had ‘not caused disorder’ within Parliament.

Janusz Korwin-Mikke meeting with supporters of his Korwin party in Bedzin, Poland in March 2017

The ECJ ruled the parliament had no right under its own rules to impose the fine because Janusz Korwin-Mikke’s comments – calling women ‘weaker and less intelligent than men’ – had not caused ‘disorder or disruption’ within the chamber.

‘Despite the particularly shocking nature of the applicant’s words, the parliament was not, in the present case, entitled to impose any disciplinary sanctions under… its rules of procedure,’ the court said in its ruling.

‘The court therefore annuls the decisions of the Bureau (parliament’s administration) contested by Mr Korwin-Mikke.’

Korwin-Mikke, who was punished in the past by the EU assembly for racist comments and remarks about the Holocaust, forfeited his MEP’s daily allowance for 30 days – a total of 9,210 euros – and was suspended from parliament for 10 days.

The comments that prompted the fine came during a bitter exchange in the chamber in March last year in which the moustachioed, bowtie-wearing Korwin-Mikke interrupted female Spanish MEP Iratxe Garcia-Perez. 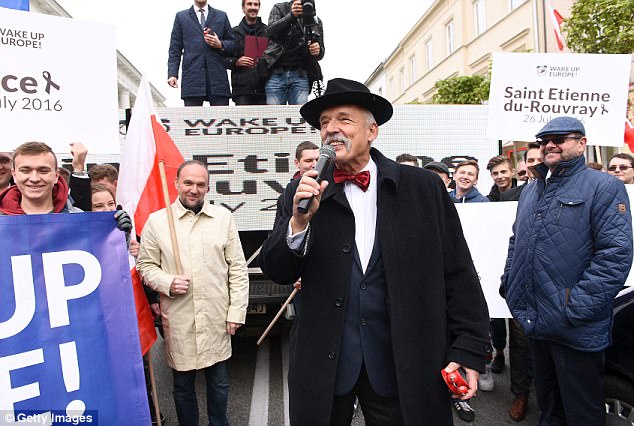 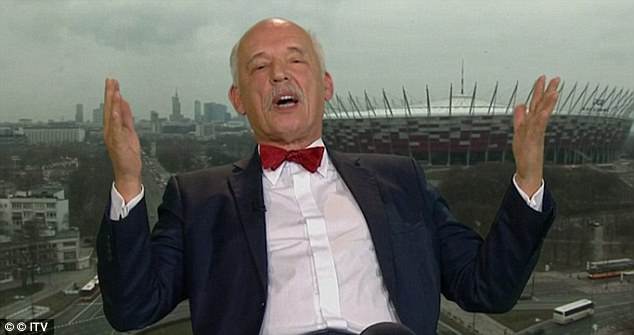