Two neo-Nazi students face jail over vile chat group calling for Prince Harry to be killed for marrying Meghan with a picture of a gun pointed at his head and slogan: ‘See ya later, race traitor!’

By Duncan Gardham and Richard Spillett for MailOnline

Two teenage neo-Nazis are facing jail for encouraging terrorism in online messages to a group which posted threats against Prince Harry.

Szewczuk and his associate Oskar Dunn-Koczorowski, 18, were members of SonnenKrieg Division, a British arm of an American neo-Nazi terrorist group said to be responsible for the murder of a gay teenager.

The group posted a picture of the Duke of Sussex set against a swastika, with a gun pointed at his head and the slogan: ‘See ya later, race traitor!’

They communicated using the Gab social media platform that has attracted neo-Nazi users including the Philadelphia synagogue killer, Robert Bowers.

The Daily Mail reported last year that the security services had concerns about British users of the site.

Dunn-Koczorowski and Szewczuk were members of a group called SonnenKrieg Division, which has links to the US group called Atomwaffen Divsion.

They believe in anti-Semitic conspiracy theories and think that a ‘race war’ is imminent and ‘white separatist’ and ‘survivalist’ tactics will be necessary.

Szewczuk also had terrorist documents including the White Resistance Manual, a Practical Guide to the Strategy and Tactics of Revolution, Anarchist Cookbook.

He also had a copy of a document called the al-Qaeda Manual and another called How to Survive in the West – a Mujahid’s Guide 2015, produced by an ISIS supporter.

Dunn-Koczorowski from Acton, West London used a gaming message board to publish an image suggesting that Prince Harry should be shot for marrying someone of mixed race and added: ‘See ya later race traitor’.

He previously pleaded guilty to two separate charges accusing him of publishing messages on the Gab accounts between August 6 and September 11. 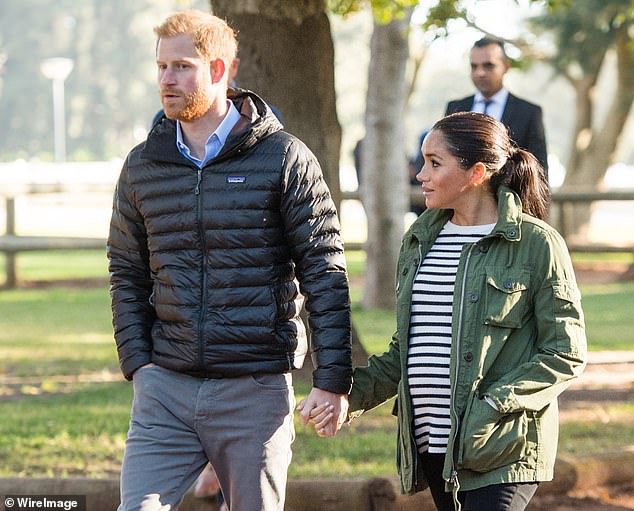 Szewczuk’s associate Oskar Dunn-Koczorowski called for Prince Harry to be shot as a ‘race traitor’ due to his marriage , a court has heard

According to the anti-extremist group Hope not Hate, Sonnenkrieg Division has produced ‘some of the most frightening and sickening material’ seen on the British far right for decades, including ‘open interest in Satanism and the promotion of paedophilia, rape and murder.’

Hope not Hate said in a report earlier this year that members of the Sonnenkrieg Division ‘openly celebrate and encourage sexual violence’ and ‘lionised’ notorious figures such as the Moors Murderer Ian Brady.

They said that SKD was ‘more extreme and potentially violent’ than National Action, the group which encouraged attacks on MPs to emulate the killing of Jo Cox.

SKD was said to have links to an American based neo-Nazi group called Attomwaffen Division whose branding appears on some of the media on the Gab sites.

Atomwaffen Division was founded in 2013 and follows the neo-Nazi ideology of ‘Universal Order’, propagated by cult leader Charles Manson.

The group has been linked to high profile murders in the US including the murder of an openly gay, Jewish man named Blake Bernstein (pictured below) in California. 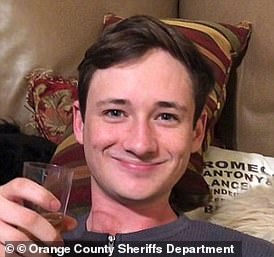 She ordered a pre-sentence report be prepared for Szewczuk but warned it should not be seen as a sign he would not receive a prison term.

The pair were arrested on December 6 in relation to material posted to three accounts on the social media account site.

The primary purpose of all three sites was said to be promoting the ideology and activity of a group known as SonnenKrieg Division (SKD).

Prosecutors said that SKD was an extreme right-wing group inspired by the book Siege written by James Mason in the 1980s and subsequently updated and re-released on several occasions.

The book examined neo-Nazi tactics and strategy, violent racism and anti-Semitism, and a belief in a coming ‘race war’.

The tactics it suggested included withdrawal from the liberal-democratic system and political violence through ‘lone actor’ or small cell terrorism.

Prosecutors said the book may be considered among ‘the most extreme, revolutionary and potentially violent writings from the neo-Nazi perspective today.’

It is said to have become a “haven” for white nationalists, neo-Nazis and other extremists as mainstream sites attempt to squeeze them out.