A former aide to ex Tory minister Sir Michael Fallon has slammed police after a jury took just half an hour to clear him of groping a Westminster colleague.

Richard Holden, 33, was accused of putting his hands up the woman’s skirt at a Christmas party at his £1m home in December 2016.

But a jury cleared him of sexual assault following just half an hour of deliberations after he insisted the incident never happened.

He lashed out the investigation into him this afternoon, tweeting: ‘Police investigation appalling. They consistently failed to pursue ANY reasonable line of inquiry that wasn’t in line with the initial allegation.

In a longer statement released this evening he said it was a ‘travesty’ that the case had been pursued at all.

He said: ‘It has been a cruel public shaming and an utter waste of time and resources.

‘The police and CPS have created a victim of me, and victims of my close friends and family – who have suffered this ordeal at my side for a year and a half.

‘And, most importantly, it has let down the real victims of awful crimes, as the state spent tens, if not hundreds, of thousands of pounds in pursuing a case so readily dismissed by a jury.’

He slammed the police, insisting they failed to investigate evidence which supported him 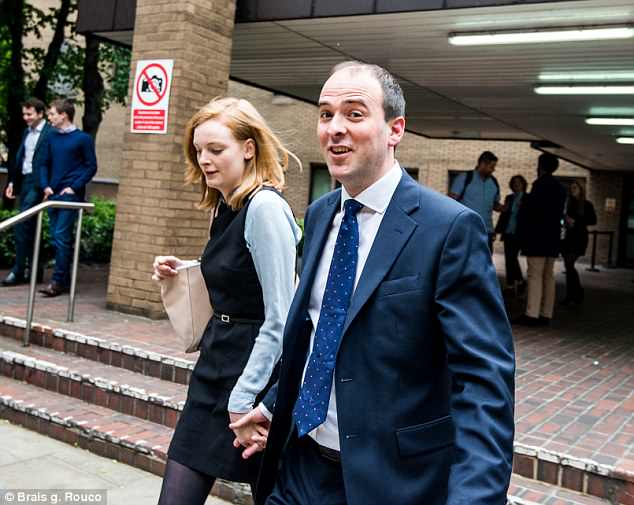 Following a slew of similar cases, he insisted disclosure was delayed and incomplete

Holden let out a huge sigh of relief and walked out of the dock to kiss his girlfriend as smiling jurors looked on.

As they shuffled out of the court, several nodded towards him and one lady winked at Holden, as he said: ‘Thank you.’

Judge Deborah Taylor said: ‘The defendant leaves the court without a stain on his character and I hope he can have some semblance of a career.’

During a trial this week, Holden had insisted the incident never took place.

Holden said he had no idea why the allegations had been made against him.

‘As far as I am aware there is absolutely no reason why she would have said this at all,’ he said.

‘I have no idea why she has made up any of this, I just don’t – I just do not understand.’

Holden said he ‘had no recollection of physical contact’ with the alleged victim.

‘If I had hugged her at any point it would have been so mundane for me to have remembered,’ he said.

‘I didn’t go up to her consistently and hug her as she suggested in her testimony.’ 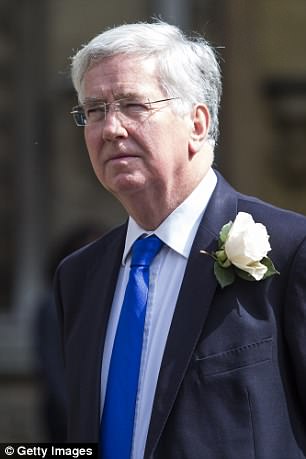 Holden was asked to take special paid leave when the incident was reported.

‘It was made very clear in the run up to the general election that it would be helpful if I resigned,’ he said.

‘I have managed to get some temporary work in a different sphere.’

The court had heard how the alleged victim sent a WhatsApp message that night saying: ‘I’ve just been groped.’

Her friend asked who by and she replied, ‘F**ing Richard,’ and then, ‘I’m OK he’s just such a creep.’

Giving evidence, the woman broke down and said: ‘It’s really daunting to tell people what happened, somewhere really private on your body.’

Holden, of Lambeth, south London, joined Conservative Campaign Headquarters in 2007 and later became deputy head of the party’s press office and a special advisor to former leader of the House of Lords Baroness Tina Stowell.

She described him in court as ‘a good bloke’ who hated sexist behaviour.

Holden was promoted to serve as a media advisor for Sir Michael last year before the former defence secretary resigned amid a series of allegations of inappropriate sexual behaviour back in November.

Richard Holden’s full statement after he was cleared of assault

‘When anyone walks into a police station to make an allegation they have the right to be treated with sympathy and respect. But the police also have a greater duty to pursue the evidence wherever it leads.

‘This case was not about consent. What was alleged did not happen. This allegation was supposed to have taken place in a room of fifteen to twenty people, none of whom corroborated the claim.

‘Today’s unanimous verdict, delivered by the jury in such as short space of time, attests to my innocence, which I have maintained throughout, as do the Judge’s closing remarks in this case that: “Mr Holden leaves this court without a stain on his character and I hope that he is able to pick up his career where it left off.”

‘That this case has been pursued at all is a travesty. It has been a cruel public shaming and an utter waste of time and resources.

‘The police and CPS have created a victim of me, and victims of my close friends and family – who have suffered this ordeal at my side for a year and a half. And, most importantly, it has let down the real victims of awful crimes, as the state spent tens, if not hundreds, of thousands of pounds in pursuing a case so readily dismissed by a jury.

‘Those of us who work in politics and public life, and who see it as our vocation, do it out of a deeply ingrained sense of duty. A duty to our communities, and to our country, to help others and help square some of the injustices we see.

‘I also hope that the serious issues raised concerning disclosure and police investigations into alleged sexual crimes by this and many other recent cases will ensure that the police and CPS reflect and instead use the significant resources at their disposal to get justice rather than pursuing spurious allegations.

‘I desperately hope that the assurances I received that following the outcome of this case, that I would again be able to serve the country I love, and the party of which I have been a member for almost twenty years, will be made good on.

‘I would like to thank both Eleanor Laws QC, my barrister, and Mark Troman, my solicitor, who are both true credits to their professions.

‘As to my friends and family, their love and support, through the darkest of days, often at significant personal sacrifice, has not only maintained my faith in humanity, but has kept me going through the toughest ordeal of my life.

‘I hope that the police, CPS and others in authority listen to what I have said, and change their policies accordingly, to ensure that in future, in the pursuit of justice, they don’t create more victims but instead get real victims of terrible crimes the justice they deserve.’ 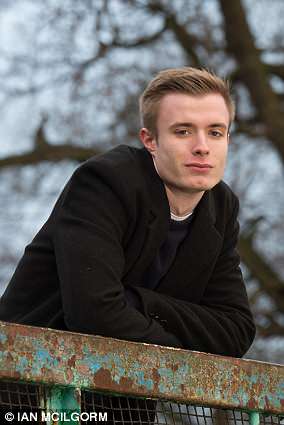 It is the latest in a series of cases in which delays to the disclosure have been criticised. Liam Allan (pictured) spent two years on bail for rape while police sat on key text messages

The issue of disclosure of evidence has been at the centre of a series of botched sex offence trials.

More than 900 criminal cases were dropped last year due to a failure by police or prosecutors to disclose evidence.

The series of failures led former Lord Chief Justice, Igor Judge, to warn that juries may start to think they have not been shown all the evidence, and victims may stop coming forward.

Liam Allan, 22, spent two years on bail after being accused of rape and sexual assault while police sat on key text messages which his accuser had sent.

The Greenwich University student was eventually acquitted of the charges in December after a prosecutor discovered the full file of messages, which revealed the woman had fantasised about rough and violent intercourse.

The Met Police and Crown Prosecution Service (CPS) later apologised after a review blamed blunders in the case on ‘a combination of error, lack of challenge, and lack of knowledge’. 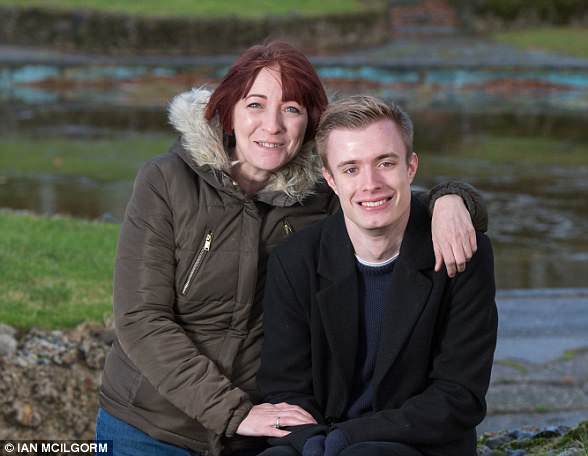 Liam Allan, pictured with his mother, spent two years on bail after he was falsely accused of rape. Authorities later apologised to him for a series of blunders

In December, Isaac Itiary was released from prison after it emerged his alleged victim posed as a 19-year-old woman and lied about her age.

Police officers had texts which showed the girl was lying about her age but only released them after he had spent four months in custody awaiting his trial.

The case against Samson Makele, 28, was then halted after his defence team unearthed vital photographs from his mobile phone which had not been made available.

Mr Makele was accused of raping a woman after they met at Notting Hill Carnival in 2016 but he always claimed the sex was consensual.

His case was thrown out after more than a dozen photographs were found which showed the pair naked and cuddling in bed.

But the CPS decided to offer no evidence against him in February on the basis of fresh evidence, including a diary that supported his case, which was passed to the CPS just a week earlier.