Political turmoil does nothing to deter first-time buyers

Homebuyers are ‘getting on with their lives’ claim experts as new figures show the housing market took a surprisingly positive turn into the new year.

On top of this, some 25,300 homemover mortgages were also completed in the month, 2.8 per cent more year-on-year.

Andrew Montlake, director of mortgage broker, Coreco, said: ‘Rarely has the gulf between the Westminster bubble and the rest of the country looked so large.

‘As MPs tie themselves in knots, the mortgage market has been quietly getting on with business as usual.

‘Two things are clear from January’s strong mortgage lending data – the dream of owning a home continues to burn brightly for thousands of would-be buyers, and lenders have responded in kind.’

The numbers come on the same day as survey data from the Royal Institution of Chartered Surveyors which by contrast point to a rapidly deteriorating housing market.

According to the latest figures from RICS, house price growth is at its weakest since 2011. 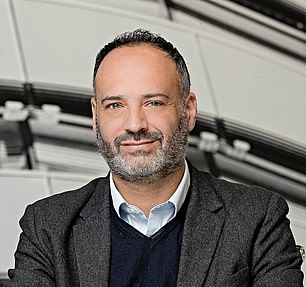 Demand reportedly fell for the seventh consecutive month with the pace of decline accelerating, while the average time taken to sell nationally is the joint longest average for the past two years.

On top of this, new buyer enquiries, agreed sales, and new instructions all dropped for the sixth month in a row.

However, the UK Finance figures document the number of mortgages approved in January 2019 – these are likely to have been loans that were applied for back in October 2018.

The RICS figures meanwhile provide a good indicator for what is likely to happen next in the property market – the number of properties available to purchase today will have an effect on the number of mortgages approved in three to four months’ time.

Mark Harris, chief executive of mortgage broker SPF Private Clients, said: ‘The year has got off to a remarkably good start on the lending front despite ongoing political uncertainty.

‘Clearly, people have had enough with situations they can’t control and are getting on with their lives.

‘Lenders are keen to lend and rates are extremely competitive. Several lenders have trimmed rates this year in an effort to encourage more business, while innovative tweaks here and there are increasing as an alternative to offering the cheapest rate in the market.’

The figures also suggested that landlords are continuing to leave the market as tax changes eat into profits.

There were 5,500 new buy-to-let home purchase mortgages completed in January 2019, 1.8 per cent fewer than in the same month a year earlier.

However, the rate of decline is less than in January 2018, when UK Finance reported a 5.1 per cent year-on-year fall in the number of buy-to-let home purchases.

A GOOD TIME TO BUY PROPERTY?

Low-deposit mortgage rates are currently at near-record lows and lenders are becoming more innovative in their approach to first-time buyers.

There are a number of ‘deposit-free’ mortgages out there, which link the loan to a family member’s property, and lenders are even offering 95 per cent interest-only mortgages.

Research from Moneyfacts has shown that the overall average two-year fixed mortgage rate has actually fallen by 0.04 per cent from 2.53 per cent in August 2018 to 2.49 per cent.

This is despite the Bank of England’s base rate rise in August last year.

Most notably, the average two-year fixed rate at the maximum 95 per cent loan-to-value has fallen by 0.54 per cent over the same period, indicating that providers may increasingly be focusing their attention at the riskier low-deposit end of the market.