Boris Johnson has already won the Tory leadership contest, according to a poll today – with three quarters of activists now having cast their votes.

A survey for the grassroots ConservativeHome website found the overwhelming majority have sent in their postal votes.

Some 72 per cent also said they had either backed or planned to back Mr Johnson – suggesting he already has an unassailable lead with two weeks to go until the result it announced.

Jeremy Hunt has admitted he is the underdog in the contest to replace Theresa May, but vowed to fight to the end. 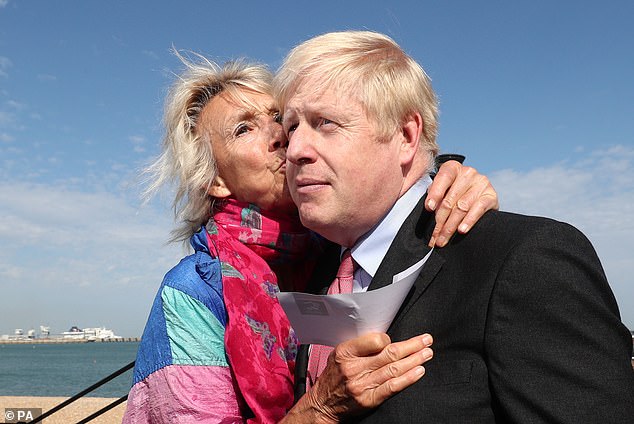 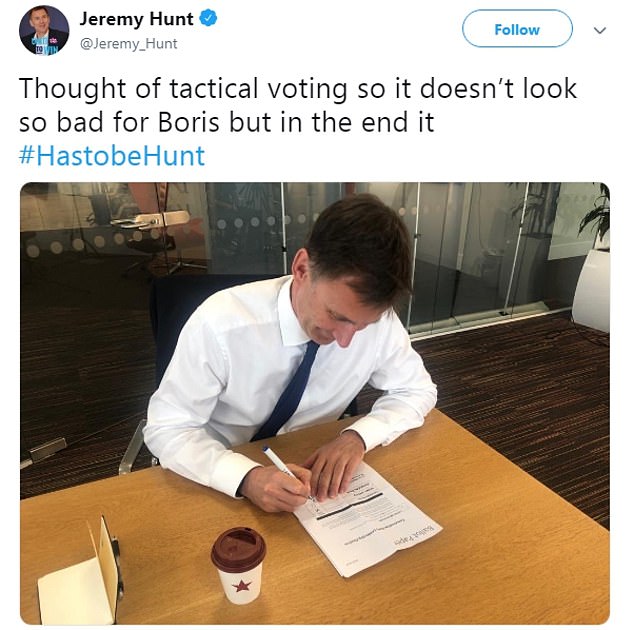 An ORB poll for the Telegraph today could give him another boost – as it suggests the Tories could regain 92 per cent of the voters they have lost to Nigel Farage if Brexit happens by the Halloween deadline.

The Tories will regain almost all of their members who defected to support The Brexit Party if the next prime minister sticks to the October 31 deadline for leaving the EU, a new poll suggests.

The Conservatives were absolutely hammered at the European elections as Tories ditched the party in their droves to back Nigel Farage’s new political vehicle.

But a new survey shows that Conservative Party members are ready to ditch Mr Farage and return home if the next prime minister delivers Brexit on time.

However, the poll also acts as a drastic warning to would-be prime ministers Boris Johnson and Jeremy Hunt as it shows almost half of Tory members will vote for someone else if Brexit is delayed again.

The poll shows just how important delivering Brexit by the current deadline is for the next leader of the Conservative Party.

Failure to meet the Halloween divorce date would seemingly have major ramifications for the future electoral viability of the party.

But the challenge faced by Mr Johnson was underlined last night when Chancellor Philip Hammond signalled he will be a ‘nightmare’ over no-deal Brexit.

Mr Hammond insisted he would use the Commons backbenches to ‘vigorously’ battle any attempt at withdrawing from the EU without a deal.

Asked if he would jump before he was pushed if Mr Johnson takes the Tory crown in two weeks’ time, Mr Hammond told ITV’s Peston: ‘My expectation is that I will not be serving in the next administration.

‘But, I want to say this because I read some stuff in the papers earlier this week about how I would be a nightmare on the backbenches.

‘I will continue to argue vigorously against a no-deal Brexit.

‘And I will certainly do everything I can to prevent a no-deal Brexit without parliamentary approval.’

The pointed comments came after Mr Johnson was put on notice to expect a legal battle with former prime minister Sir John Major if he tries to suspend Parliament in order to force through a no-deal Brexit. 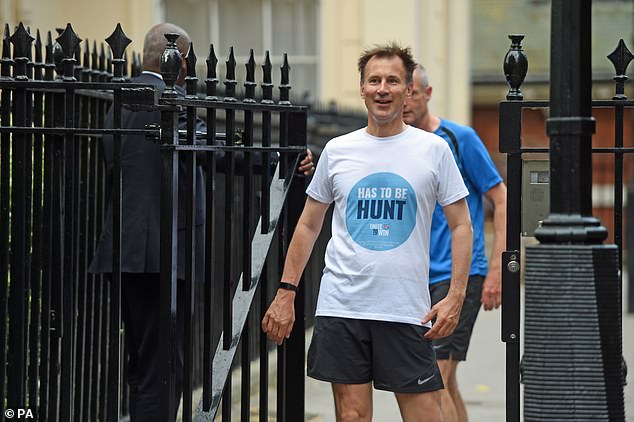 Jeremy Hunt (pictured out running in London today) has admitted he is the underdog in the contest to replace Theresa May, but vowed to fight to the end 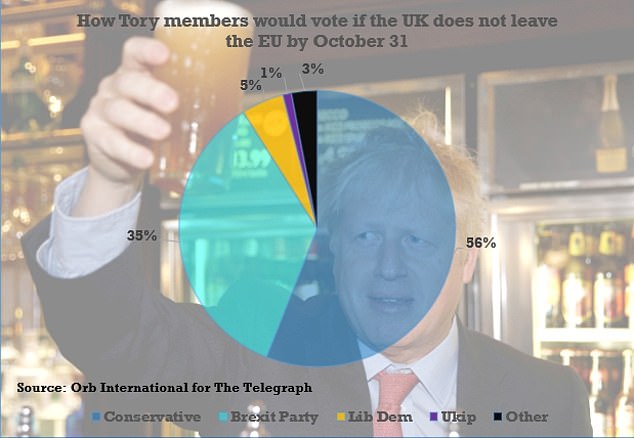 The Tory leadership campaign front runner said: ‘What we are going to do is deliver Brexit on October 31, which is what I think the people of this country want us to get on and do.

Amber Rudd today appeared to drop her opposition to No Deal Brexit – potentially paving the way to stay in a Boris Johnson Cabinet.

She added: ‘What we really need is for everybody’s effort to go into trying to get a deal and that as we know, isn’t as straight forward as we would like it to be because the prime minister has tried on several occasions to do that.’

‘I think everybody is fed up with delay and I think the idea of now consecrating this decision to the judiciary is really very, very odd indeed.

‘What we want is for Parliament to take their responsibilities, get it done as they promised that they would.

Mr Hammond said: ‘I think there is a group of members of Parliament who feel very, very strongly about this.

‘If anyone were foolish enough to try to prorogue Parliament then I’m sure there will be action in the courts.

‘We would have to challenge it.

‘The idea that elected members of Parliament would be locked out of their place of work because they might do their job is truly shocking.’

Asked if a no-deal Brexit would be similar to the financial crisis of 2008, the Chancellor said: ‘It could be.’

In order to prorogue Parliament, shutting it down until the next state opening, a prime minister would have to ask the Queen to formally allow it.

Although the Queen’s decision could not be challenged, Sir John said the advice of the prime minister could be.

The potential suspension of Parliament was one of the issues on which Mr Johnson and his rival Jeremy Hunt clashed in a televised showdown on Tuesday night.

Friday: Leadership contenders put themselves under the microscope in separate TV interviews with the BBC’s Andrew Neil.