Will Congress Finally Listen to the People?

As the nation continues to come to terms with another round of horrific mass shootings, the discussion around gun control has renewed. This time the polls suggest that most Americans are in favor of stricter national laws around the ability to get a firearm.

Republicans and Democrats alike are no longer happy with the excuses, reasons, and bogus data touted by the right-wing media. They want action. Many feel that the situation has become increasingly dire and that politicians are looking everywhere except at the real solution.

That solution is being touted as sticker gun control. What was once a leftist idea has recently become a bipartisan effort, but will Congress finally listen? Most Americans are skeptical; the NRA seems to have too much power over the right-wing party.

What the Polls Say

Despite what you may hear on the right-wing media polls suggest that gun control and reform is a bipartisan issue. A Quinnipiac poll, conducted in August of 2019 revealed that 60% of Americans are in favor of the overall idea of “stricter gun laws in the United States.” A whopping 93% think that universal background checks should be implemented, and 80% of the population believe red flag laws would be a good idea.

The younger population, in particular, college-age students, feel even stronger about gun reform. The idea of regulating the who and how of guns is no longer a leftist idea. With the 2020 presidential election approaching many are looking to Congress and the President for real change.

It has become increasingly apparent that people in America are no longer safe. The US is now second in gun violence with a shocking 37,200 gun deaths a year. Mass shootings are becoming commonplace, so far in 2019, there have been more mass shootings than days of the year.

High profile stories about mass shootings such as those in Odessa, El Paso, and Midland, Texas, as well as Virginia Beach and Dayton, Ohio have rocked the nation. People no longer feel safe anywhere. After each shooting, there is a wave of support for gun control as people take to social media, including politicians and celebrities, and shout for Congress to do something.

What Can You Do?

It is now commonplace to see the right-wing media yell about gun reform, saying that those who want it are trying to take away the 2nd amendment. While there are sure to be some extremists on the left who would vote for this, the majority of Americans (right and left alike), want to see better control over who has access to guns. 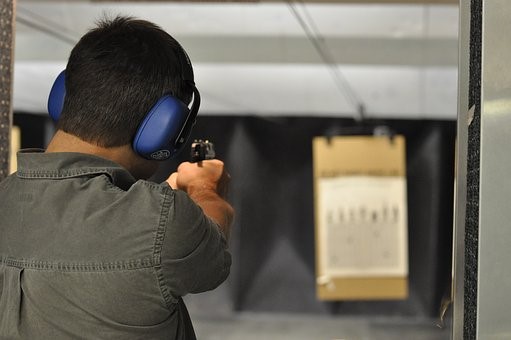 If you, like most Americans, feel that it is time for better regulations, you don’t have to be quiet about it. Write into your Congresspeople and tell them you care. Background checks and red flag laws seem to be a good start. Another policy that many Americans feel would be a good choice is mandatory gun safety training. Visit this site to see what a comprehensive training program would look like.

There does finally seem to be hope for better regulation around firearms. Despite the influence of propaganda from the NRA, most Americans believe better laws are a good idea. Hopefully, 2020 will see a real change, and a bill finally passed in Congress.

Background checks and other laws may finally be presented as a nonpartisan issue. There may be hope; we will all find out soon as Congress reconvenes for a new session, vowing to make it a primary focus.