Voting is under way in Ireland as citizens decide whether to liberalise one of Europe’s strictest abortion regimes.

Polls for the historic referendum opened across the country at 7am, with voters opting to either retain or repeal the Eighth Amendment of the state’s constitution, which prohibits terminations unless a mother’s life is in danger.

Counting will begin on Saturday morning, with the result expected later that day. 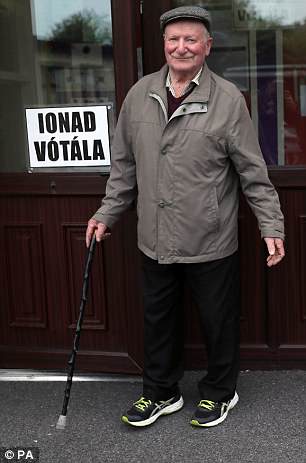 Polls opened in Ireland on Friday as the country votes on whether to legalise abortion. Father Tom Harrington (left) and another man who did not wish to be named (right) arrive to vote 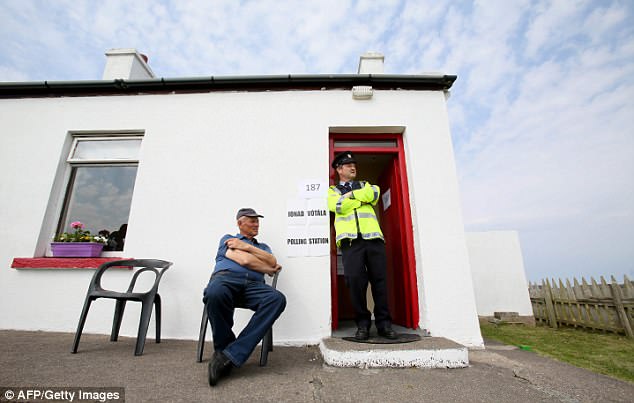 While those in mainland Ireland will vote on Friday, around 2,000 people on the Donegal, Galway West and Mayo islands voted on Thursday (pictured, Gola Island) 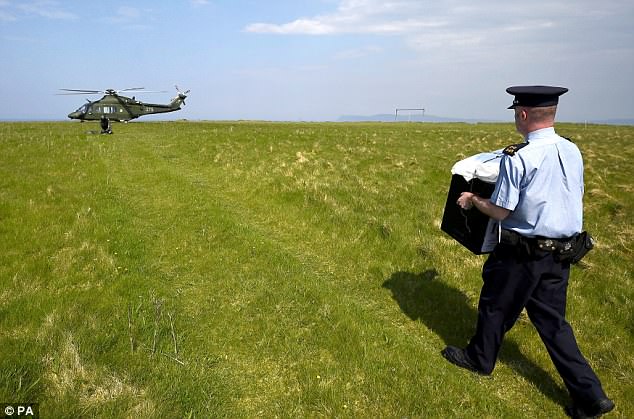 Garda Alan Gallagher carries a polling box to a waiting helicopter on the island of Inishbofin, where just a few dozen people voted on Thursday

The Catholic Church is among influential voices arguing that the life of the unborn should be sacrosanct, but the retain campaign faces a major challenge from a Yes camp which has portrayed itself as modernising and in step with international opinion.

If the public votes Yes, the Irish Government intends to legislate by the end of the year to make it relatively easy for a woman to obtain the procedure in early pregnancy.

Ministers have promised to allow terminations within the first 12 weeks, subject to medical advice and a cooling-off period, and between 12 and 24 weeks in exceptional circumstances.

The debate during eight weeks of campaigning has been divisive, with the leaders of all the main political parties, including Taoiseach Leo Varadkar, backing change.

They argued that a Yes vote represented the compassionate choice for thousands of Irish women forced to travel to England for the procedure.

Ciaran Gaffney (left) travelled from Buenos Aires to Ireland to vote Yes in the referendum, while Maeve O’Leary (right) came from London to make her voice heard

Suzie Flynn (left) and Ciara Byrne (right) arrive at Dublin airport ahead of the vote. Thousands of largely young voters have returned home from abroad to cast their ballots

Opposing them was a vocal No camp, including the bishops, which insisted the life of the child is sacrosanct and interference in that right is immoral.

Campaigners against change have used emotive language to highlight the threat to the foetus and warned against ‘extreme’ proposals from the Government which could be expanded in future years.

Opinion polls have been tight, with most showing the Yes side in the lead.

The indication is that rural voters are more likely to say No than their urban counterparts, while a significant number of ‘don’t knows’ have cast a degree of uncertainty over the outcome.

Around 2,000 voters in 12 islands off the mainland were eligible to vote on Thursday to prevent any delay in counting their ballot papers.

The Eighth Amendment is a clause in the constitution which was written after a previous referendum on the issue in 1983 recognised the right to life of the unborn child. 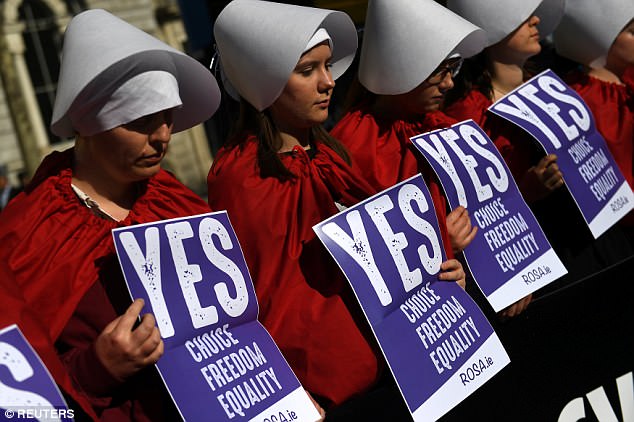 Polls have shown the Yes camp consistently ahead in polls. If they win, the government is proposing to allow unrestricted access to abortion up to 12 weeks 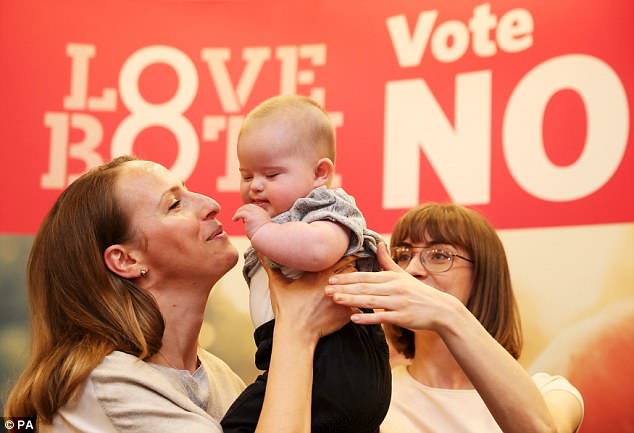 But the No camp has been gaining ground and believe they have the momentum going into the polls. If they win, abortion will remain illegal except in cases where the mother’s life is at risk

It protects the equal right to life of the mother and the unborn and effectively prohibits abortion in most cases.

In 1992, women were officially given the right to travel abroad, mostly to the UK, to obtain terminations. Pro-repeal campaigners said almost 170,000 have done so.

The liberalisation campaign gathered momentum after an Indian dentist, Savita Halappanavar, died in hospital in Galway aged 31 when she was refused an abortion during a miscarriage.

In 2013, legislation was amended to allow terminations under certain tightly restricted circumstances – the Protection of Life During Pregnancy Act.

Under pressure from the UN about alleged degrading treatment of women who travelled to England for terminations, the Irish Government began exploring the possibility of further reform, culminating in the calling of this referendum and the promise to legislate.