Flocks of parrots believed to be addicted to opium have been ravaging crops on Indian farms in order to feed their bizarre habit.

Footage recorded in central India’s Madhya Pradesh state shows the birds indulging in the unusual activity of tearing apart poppy seed pods to get to the opium inside – much to the chagrin of the local farmers.

The wild parrots have apparently learned to wait until the morphine-rich latex is exposed after the farmers slit the poppy pods to help them ripen.

They then silently swoop into the opium fields – having also learned not to squawk – and frantically nibble off the stalks below the pod.

The parrots have become so addicted that the farmers say they must be on near-constant alert to stop the birds eating the seeds and getting high.

Not only have the wild flock become a menace that is wreaking havoc across the state, but they are also stealing farmers’ most lucrative crop. 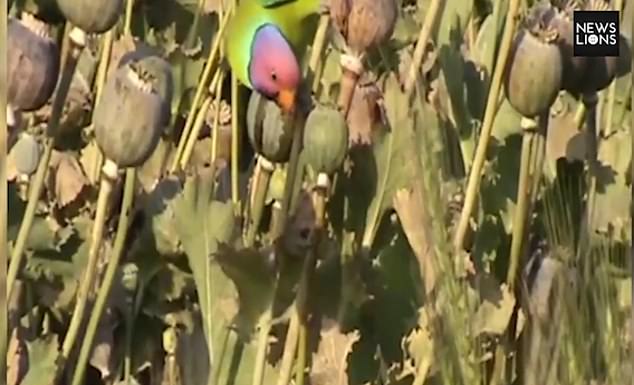 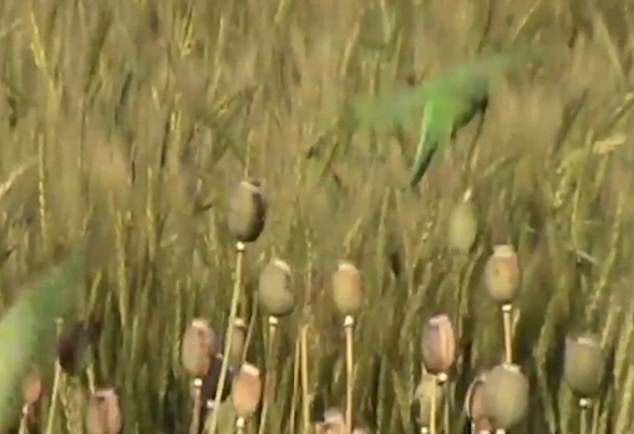 Opium cultivation is a costly affair; since it is a drug, a proper license is required in order to grow the plant.

Speaking about the bizarre behaviour of the birds, Dr R.S. Chundawat, an Opium Specialist at a Horticulture College in Mandsaur, said that opium gives the bird instant energy, much like when a human drinks tea or coffee.

Once the feeling was experienced by the winged creatures, they would have quickly fallen prey to the addiction, he said.