A polygamous sect leader recaptured after a year on the run has pleaded guilty to a multimillion-dollar food stamp tax fraud scheme.

Lyle Jeffs, 57, the brother of the disgraced Fundamentalist Church of Jesus Christ of Latter Day Saints president Warren, admitted to multiple charges, including escape at a federal court in Salt Lake City on Wednesday.

Jeffs was awaiting trial in the food-stamp case when he slipped off his ankle monitor and escaped in June 2016.

He was recaptured in South Dakota this summer after pawning two pairs of pliers while apparently living out of his pickup truck.

Pawn-shop workers tipped off the FBI, and he was arrested in a lakeside area near the South Dakota-Nebraska border.

Lyle Jeffs, a polygamous sect leader recaptured after a year on the run in a fraud case who pleaded guilty on Wednesday to his involvement in a multimillion-dollar food-stamp fraud scheme as well as his escape from home confinement in June 2016. He is pictured in a 2017 file photo provided by the Tooele County Sheriff’s Office

He had been in the area for about two weeks, running low on resources and struggling without the help of fellow sect members after falling out with his brother Warren Jeffs, who runs the group while serving a life sentence in Texas for sexual assault of underage brides, the FBI has said.

Lyle Jeffs was one of 11 members of the polygamous group charged in the case in February 2016.

Prosecutors said food-stamp benefits were funneled to pay for things like a tractor and a truck.

Lyle Jeffs was the highest-ranking member of the group to face charges and was accused of orchestrating the scheme. 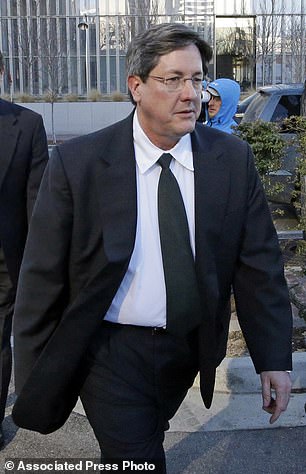 Lyle Jeffs is pictured leaving the federal courthouse in Salt Lake City. Jeffs was awaiting trial in the food-stamp case when he slipped off his ankle monitor and escaped in June 2016. He was recaptured in South Dakota in June 2017. He is pictured in January 2015

A trial had been set for October 23.

The other defendants have agreed to plea deals or seen the charges dismissed.

Critics of the secretive sect have been frustrated that none of the others have served prison time.

Lyle Jeffs was charged with felony counts of benefits fraud and money laundering that carried possible 5- and 10-year sentences.

He was also charged with a failure-to-appear count in connection with his time as a fugitive that carried a possible sentence of up to 10 years in prison.

He was the person in charge of day-to-day operations of the Fundamentalist Church of Jesus Christ of Latter-Day Saints.

But after his arrest, his jailed brother re-assigned Jeffs’ duties to another sect brother.

The FBI revealed in August last year that Jeffs had been in contact with his brother since going on the run but said there had been some sort of falling out between the siblings.

Jeffs’ legal wife divorced him in 2015, but he is believed to still have eight ‘spiritual wives’.

The group, known as the Fundamentalist Church of Jesus Christ of Latter Day Saints, is based in a small community on the Utah-Arizona border.

Members of the sect believe polygamy brings exaltation in heaven.

The group is an offshoot of mainstream Mormonism, which disavowed polygamy more than 100 years ago. 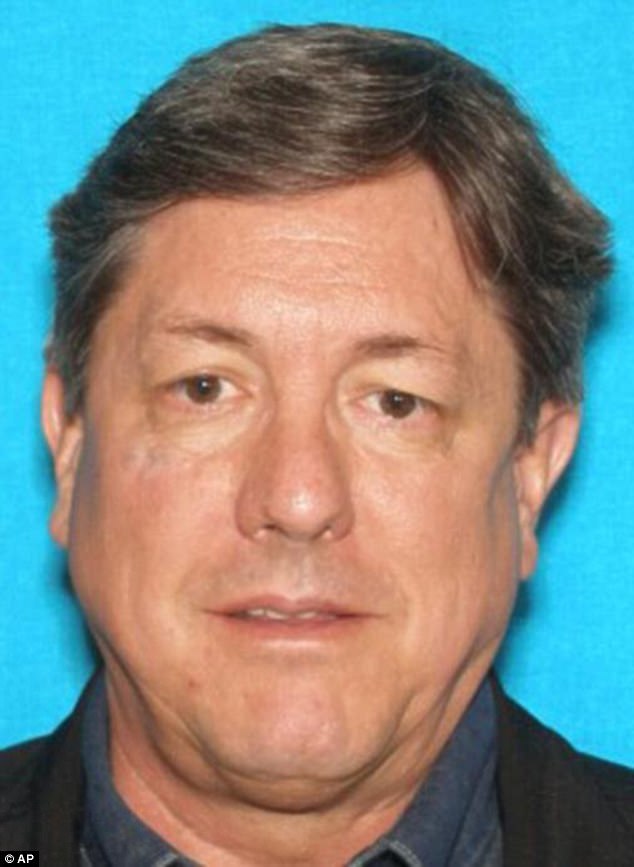 Jeffs ran the polygamous sect’s day-to-day operations. But after his arrest, his jailed brother re-assigned Jeffs’ duties to another sect brother