An obese pony dubbed ‘one of the fattest horses ever seen’ has been transformed after losing nearly 20 stone.

Dave, a five-year-old Fell pony, was discovered in a paddock in Buckinghamshire last year, when he tipped the scales at a jaw-dropping 71 stone.

After being abandoned by his owner, the fences around Dave’s paddock collapsed giving him free reign over an enormous field and the hungry pony gorged on grass.

After Dave’s weight ballooned, his body and neck were so fat that vets couldn’t fit him in a harness.

He has achieved his incredible weight loss, thanks to a hardcore diet and exercise regime, which has seen him shed 18 stone in just 13 months. He now weighs in at a healthy 53 stone. 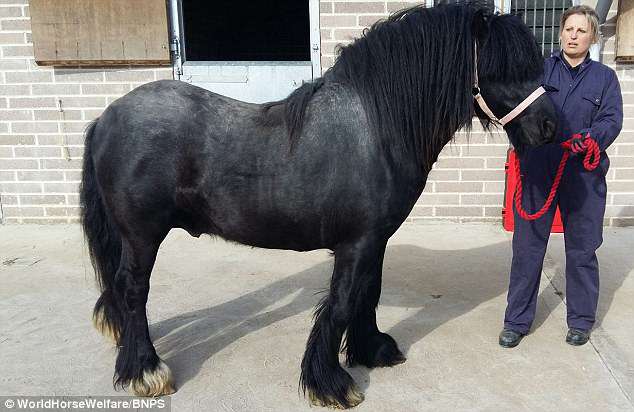 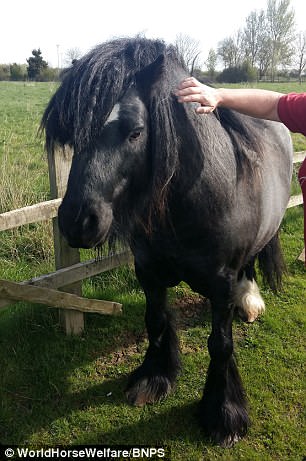 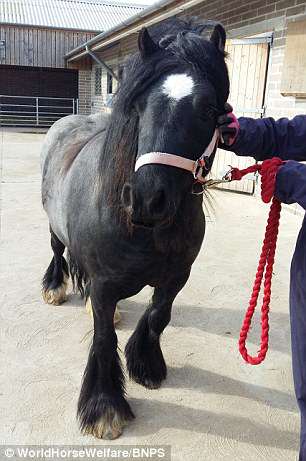 A member of the public concerned about Dave’s huge size called a horse welfare charity.

He has been cared for at the Glenda Spooner Farm in Kingsdon, Somerset where a vet who described him as ‘the most overweight pony she had ever seen’. The charity is now hoping to re-home him with a suitable owner.

Anna Langford, the vet who initially assessed Dave, said: ‘The crest on the top of his neck was much bigger than normal and was so extreme that we could hardly put a head collar on him.

‘The headpiece had nowhere to sit behind his ears due to the excess fat being stored there.

‘One of biggest problems we have in this country is the two extremes – some horses who come into World Horse Welfare’s care are emaciated whilst at the other end of the scale you have horses like Dave who are extremely overweight.

‘The overweight ones can be much harder to manage and it has taken a year of very hard work to bring Dave back to a more healthy weight.’ 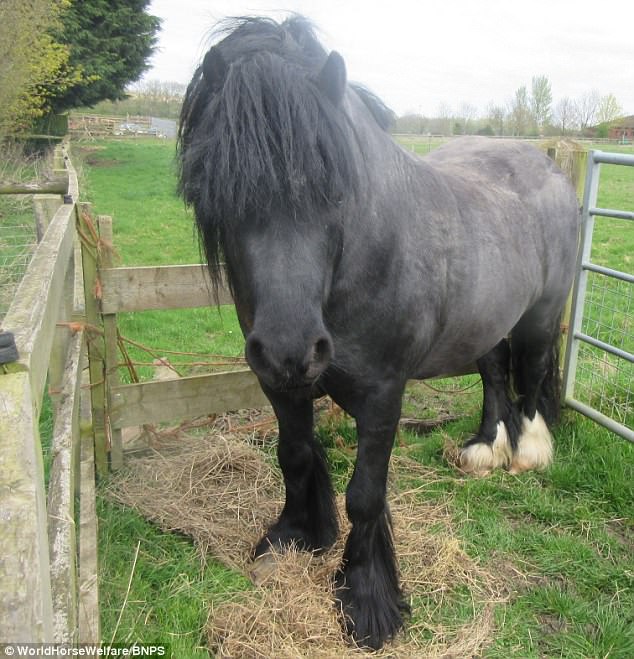 Dave the fell pony, pictured before his weight loss, gained pounds by gorging on grass

After years of feasting himself on luscious green grass, Dave was put on a strict diet of carefully measured hay by experts at the equine charity the World Horse Welfare.

He has also been taken for regular walks and undergone physiotherapy consisting of stepping over metal bars at various heights in order to build his strength.

Dave has even been working on a horse walker, which works like a treadmill and allows the animals to walk around in circles without actually going anywhere.

The charity’s field officer who found Dave has told of his delight at his transformation. 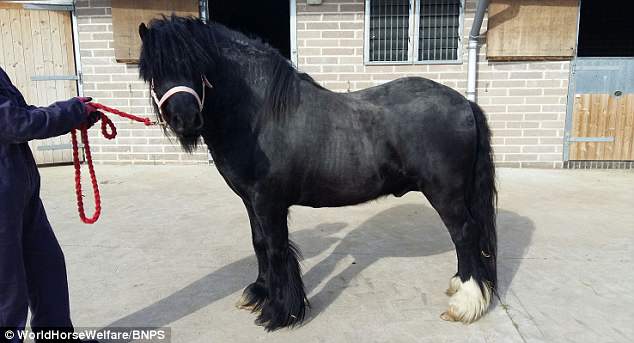 Dave, pictured after his dramatic weight loss, now weighs in at a much healthier 53 stone 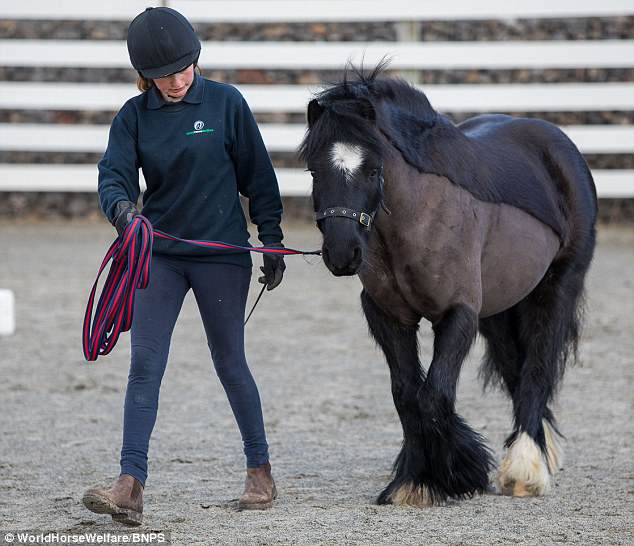 Dave, pictured during his weight loss, was taken on regular walks to help him lose the pounds

Chris Shaw, of World Horse Welfare, said: ‘Thankfully we were able to help Dave, stop him suffering and give him the care he needed.

‘Seeing success stories like Dave is the absolute best part of my job.’

Aside from his weight loss, Dave has also lost around eight inches around his waist.

At his biggest he measured around 71ins but is now down to just 62ins.