Pop star, 27, whose girl band toured with Little Mix is jailed for mowing down and killing cyclist

Nadine Samuels, 27, of girl band M.O., did not stop at a roundabout and drove her blue Ford KA straight into mum-of-three Debbie Mills.

A would-be pop star, who has toured with Little Mix, has been jailed for eight months for killing a woman cyclist in a road crash.

Nadine Samuels, 27, part of a girl band called M.O, did not stop at a roundabout and drove her blue Ford KA straight into 54-year-old mum-of-three Debbie Mills.

Ms Mills was sent flying, hitting Samuels’ windscreen and then being thrown into the road. She suffered traumatic brain injuries and was airlifted to hospital where she died.

On Friday, prosecutor Martin Mulgrew told St Albans Crown Court the accident happened on a roundabout on the A414 in Hemel Hempstead on Wednesday 21 March this year.

It was shortly after ten past nine in the morning as the 27-year-old singer approached the roundabout along Bennetts End Road.

Another driver had stopped in the middle of three lanes to wait for Debbie, 54, to pass.

But Samuels did not slow or stop and carried on in the outside lane at between 22 and 26 miles per hour, striking Debbie’s mountain bike. 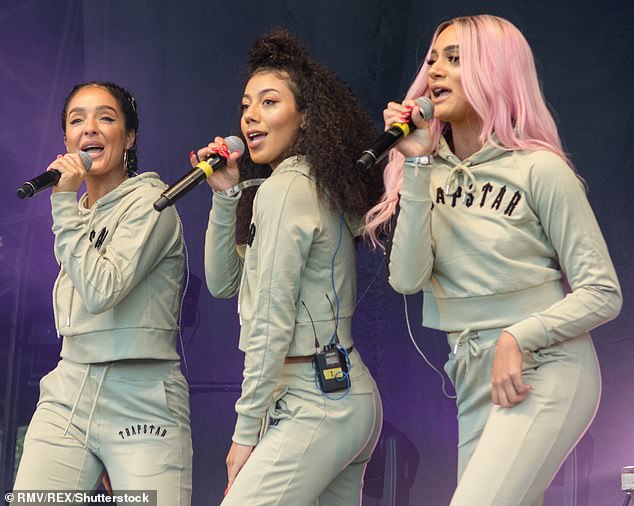 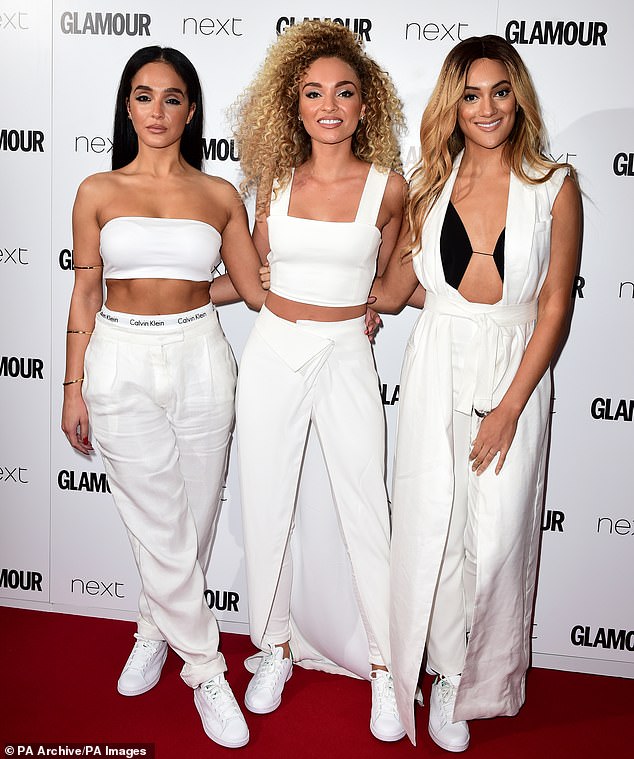 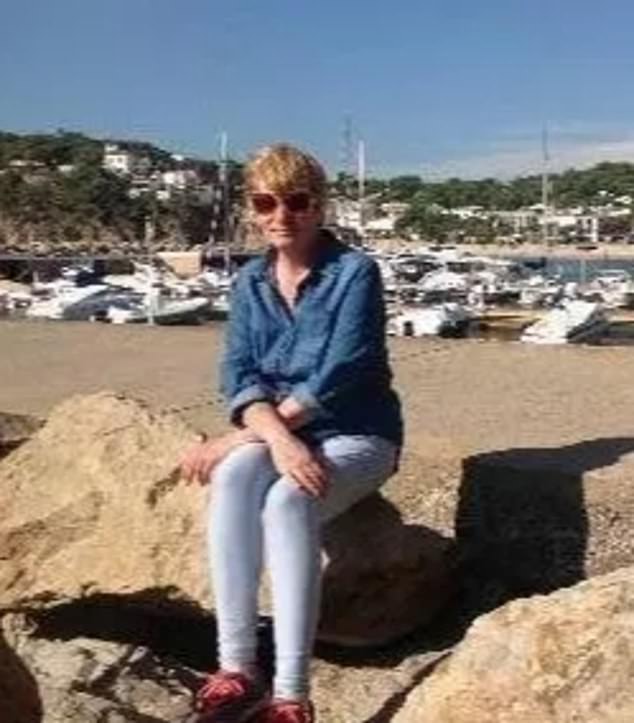 Debbie Mills, 54, was thrown into the air by the collision in Hemel Hempstead. Nadine Samuels wrote to her family to express her ‘genuine remorse’, her lawyer said

Mr Mulgrew said: ‘She was thrown into the air with such force she struck the windscreen and the road.

‘She suffered traumatic brain injuries. An air ambulance took her to the Royal London Hospital where she died on Thursday 22 March.’

The prosecutor said: ‘The defendant failed entirely to check road ahead was clear. Other road users had stopped.’ 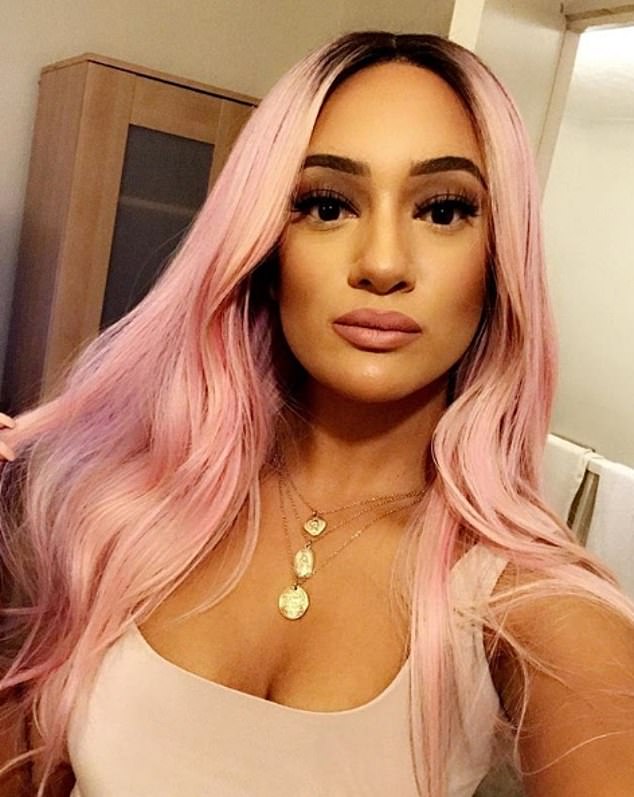 Samuels, 27,was told by the judge that because she ignored warning signs including other motorists who had already come to a halt, she would serve eight months in jail 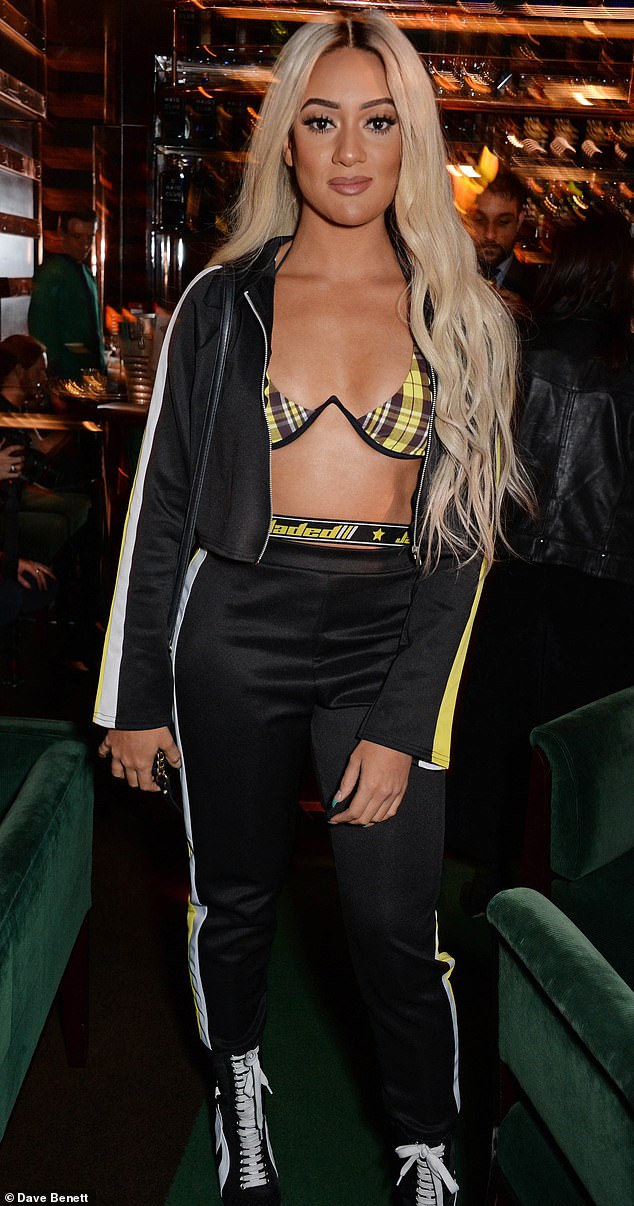 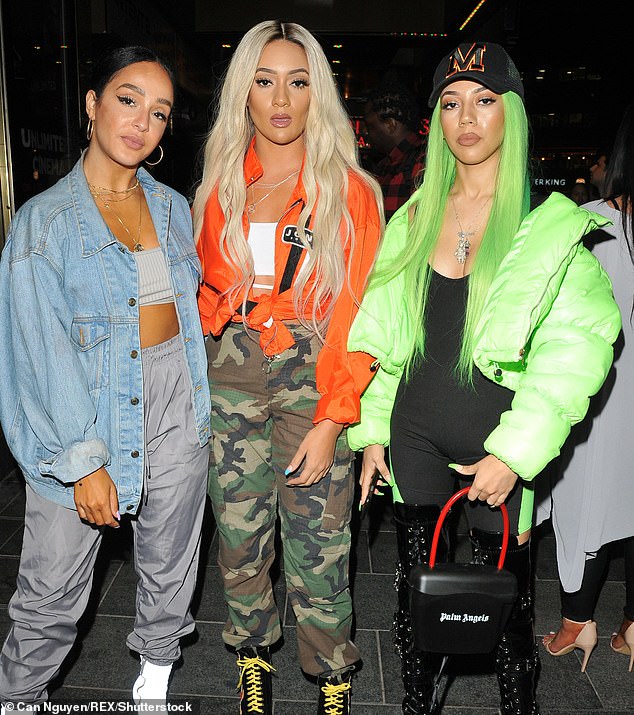 Nadine (pictured centre) and her M.O. bandmates attended the premiere of gangster movie ‘The Intent 2: The Come Up’ in London this September

Samuels stopped after the crash and dialled 999, but was so distressed another member of the public had to finish the call to the emergency services.

When questioned she told the police she had looked to her right and had seen nothing.

The court was told she was of previous good character and had held a full, clean driving licence for 3 years.

The singer, who wore black in the dock, sobbed as Ms Mills’ son Josh told the judge his mum was a valued member of the community. 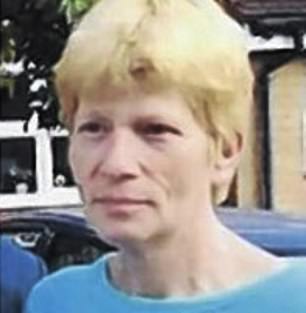 Fifty-four-year-old baker Debbie Mills (pictured) was knocked off her bike and killed by Samuels this March. Her husband told the court they had been planning their first holiday together without their children

She had worked for the scouting movement and set up a bakery from her home.

Ms Mills’ son Josh she had taken up cycling as a hobby and always wore bright clothes and had flashy lights on her bike. ‘We will miss her dearly,’ he said.

Her husband Kevin Mills, said: ‘We had been married for almost 25 years. We had planned our first holiday together without the children. We planned to do so much together. We have suffered so much since Debbie died. Her life has been taken from us.’

He said: ‘Nothing in the letter from Ms Samuels or anything I can say or any sentence will be able to console the grief of Mrs Mills’ family. 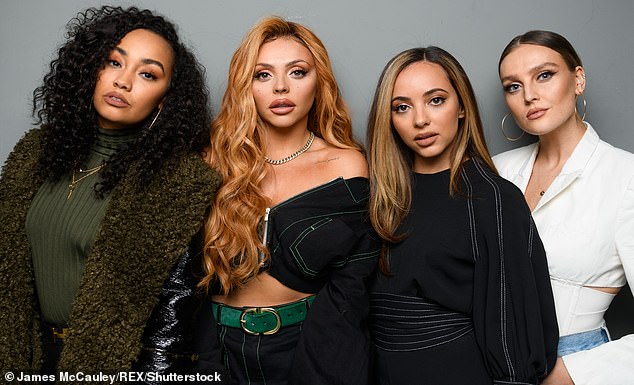 Samuels’ band M.O. toured the UK with Brit Award-winners and and X Factor alumni Little Mix (pictured above) as a support act on their Salute tour in 2014

‘Her remorse for what happened is genuine and is overwhelming demonstrated in a number of ways: in what she has written, discussed with probation officers, her guilty plea and the fact she dialled 999. That call was taken over by someone else when shock took over.’

‘There was unfamiliarity with road layout and a reliance on a satnav that had taken her on different route to London than the one she was used to.’

Mr Gledhill said she is the oldest of five children and lives with her mother.

He went on: ‘She has experienced success – in her occupation as a professional singer – she is fortunate to be at the very beginning of a career lots of young people are desperate to achieve.

The band included Frankee Connolly until her departure in June 2017.

It was formed in 2012 after its members’ former groups disbanded.

They have been tweeted at by Galway Girl singer Ed Sheeran and opened for Little Mix during their 2014 Salute tour.

In 2014 they were nominated for ‘Best Nwwcomers’ at the MOBO Awards and in 2016 their song ‘Who Do You Think Of’ made the shortlist for Best Song.

Their latest hit – Family Tree – peaked at #35 in the UK charts this year.

‘She has the potential for a very long successful career ahead of her.’

Judge Michael Kay QC jailed her for eight months and banned her from driving for two years and four months.

He told the singer: ‘You did not see Mrs Mills. You did not stop and you collided with her bicycle and she was knocked off. Very tragically she died from her injuries.

‘There is nothing I can say or do which can restore a life to a bereaved family. My heart goes out to them.

‘You are a professional singer about to launch a career.

‘But this was not momentary inattention – the warning signs were there. There was a car waiting at the roundabout.

‘I have wrestled with this, but because of nature of your driving and the warning signs of danger and terrible consequences there has to be an immediate custodial sentence.’