‘It’s my way of showing support’: Ed Sheeran reveals he is sponsoring his boyhood football club Ipswich Town… (and shares AMAZING throwback to celebrate the news)

Ed Sheeran has signed up to act as sponsor of his beloved Ipswich Town FC.

The Suffolk-born hitmaker, 30, a long-time fan of the club, will have his album logos adorned across the front of the shirts in a move announced on Thursday.

The League One side confirmed the deal on Thursday, after which Ed said: ‘The Football Club is a big part of the local community and this is my way of showing my support. I have always enjoyed my trips to Portman Road’.

Four-time Grammy winner Ed still lives in the area despite his massive global success, and it appears his boyhood club holds a place close to his heart.

Happy days! Ed Sheeran has signed up to act as sponsor of his beloved Ipswich Town FC (pictured with his wife Cherry Seaborn  at Portman Road in 2018)

The logo which will be seen on the front of both the men’s and women’s shirts next season compromises of +, x and ÷, which are the titles of Sheeran’s first three albums, as well as a minus sign and an equals sign.

The extra additions could allude to the prospect of new music from the star.

In his statement, he continued: ‘I’m looking forward to going back there as soon as supporters are allowed into stadiums again.

‘With the new owners from the US coming in, there are sure to be exciting times ahead for Ipswich fans, including myself. Hopefully we can stop being slightly on the huh!’ 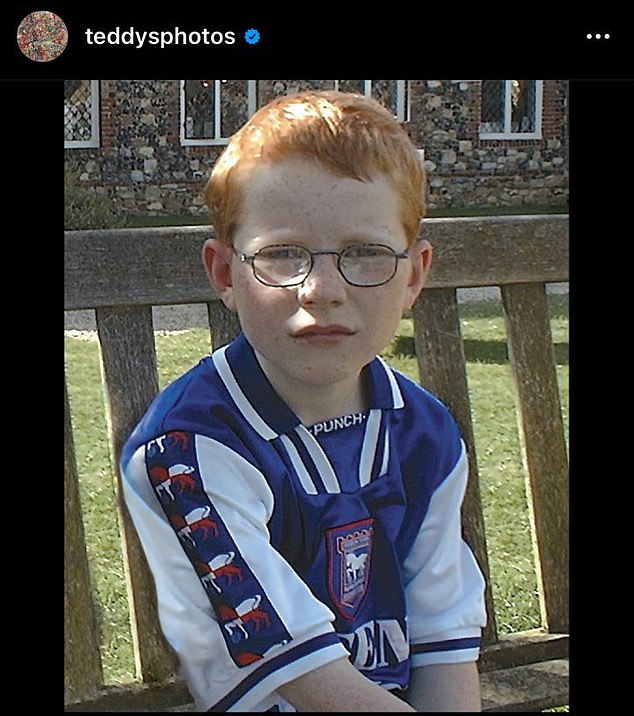 Sweet: The singer also shared a photo of himself wearing an Ipswich kit as a youngster alongside the caption: ‘This bloke is the news sponsor of @ipswichtown football club. Do well’ 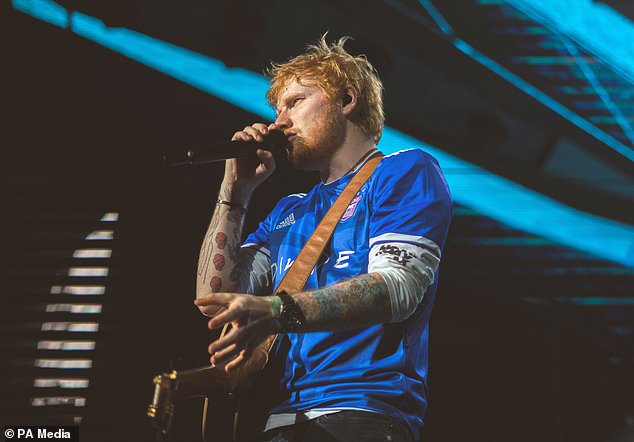 Sheeran has worn Ipswich shirts on stage before, while performing in front of thousands

The singer also shared a photo of himself wearing an Ipswich kit as a youngster alongside the caption: ‘This bloke is the news sponsor of @ipswichtown football club. Do well’

Ed has been spotted on numerous occasions at Portman Road alongside his wife Cherry Seaborn, and is reported to have a box at the stadium.

The A Team singer, who says the meaning behind the logo on the shirt will be revealed soon, joins an elite list of musical artists who have sponsored football teams, including Wet Wet Wet, Def Leppard and the Super Furry Animals.

Ipswich are set for a third season in League One after a disappointing campaign, but were recently taken over by an American consortium.

This season, they have missed out on the play-offs and are currently ninth in the division with one match left to play. 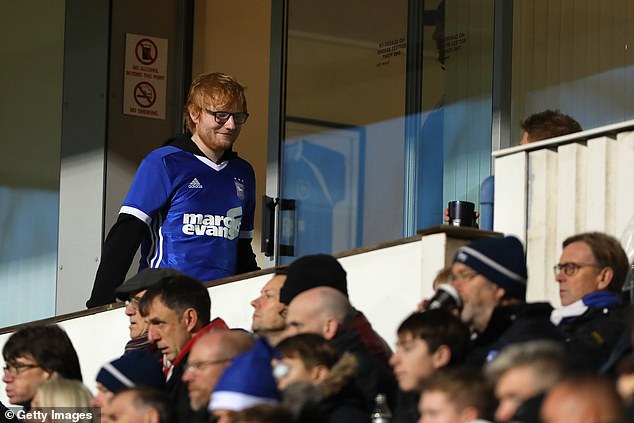 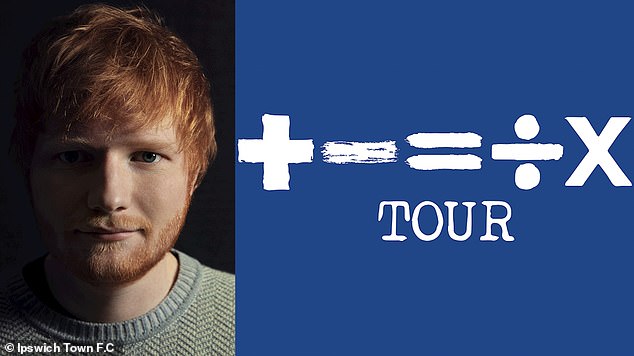