Pope blasts the ‘sickness of consumerism’ on Cyber Monday

Pope Francis says the ‘sickness of consumerism’ is the enemy of generosity as he called for the faithful to give a little something to the poor.

Francis made the comments during his morning homily Monday, so-called Cyber Monday when online retailers woo shoppers with bargains ahead of Christmas.

Francis made no mention of Christmas shopping – in Italy, the official season begins December 8 – but his plea for generosity will likely be repeated in coming weeks.

Francis said giving away clothes, shoes or groceries can help the poor: ‘How many pairs of shoes do I have? One, two, three, four, 15, 20? … If you have so many, give away half.’ 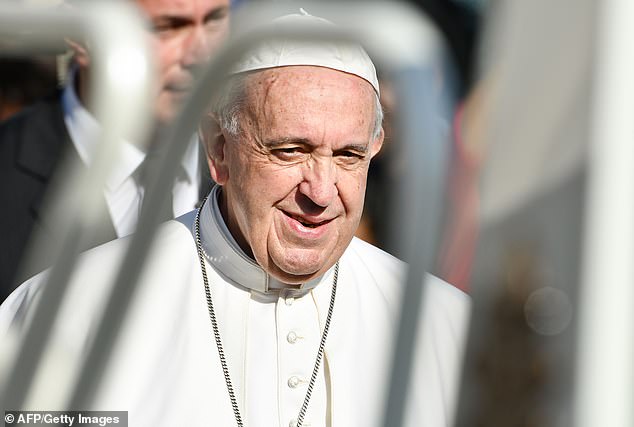 Francis urged the faithful to consider donating clothes, shoes and food to help those less fortunate

He said: ‘We can make miracles with generosity of little things.’

The Pontiff hit out at what he described as a money-centred culture that ‘promotes poverty, slavery and waste’ in September this year.

The Argentine has repeatedly criticised what he calls the ‘culture of waste’ which excludes the poorest and weakest people and destroys the environment.

He has also urged governments to make good on their commitments to curb global warming, warning that climate change, continued unsustainable development and rampant consumption threatens to turn the Earth into a vast pile of ‘rubble, deserts and refuse’.