By Connor Boyd For Mailonline and Afp

‘Fake news’ is stirring up prejudice and hatred and is a sign our culture is ‘bending facts to suit particular interests,’ according to the Pope.

The pontiff’s stark warning was issued in a letter to young people around the world following an array of scandals.

‘Social networks encourage contact between people who already think alike, precluding them from debate,’ he said.

‘These closed circuits facilitate the spread of fake news and false information, fomenting prejudice and hate,’ the pope wrote.

‘Fake news’ is stirring up prejudice and hatred and is a sign our culture is ‘bending facts to suit particular interests,’ the pope said in a stark warning to young people around the world

‘There are huge economic interests operating in the digital world, capable of exercising forms of control as subtle as they are invasive, creating mechanisms for the manipulation of consciences and of the democratic process,’ he said.

‘He saw that many young people, wanting to be different, really end up being like everyone else, running after whatever the powerful set before them with the mechanisms of consumerism and distraction,’ the pope wrote.

‘As a result, Carlo said, “everyone is born as an original, but many people end up dying as photocopies”. Don’t let that happen to you!’

‘It is not healthy to confuse communication with mere virtual contact,’ the pope wrote.

‘Indeed, the digital environment is also one of loneliness, manipulation, exploitation and violence… blocking the development of authentic interpersonal relationships.’

In the wide-ranging document, the pope also warned of the dangers of historical revisionism, as exploited by increasingly powerful populist politicians. 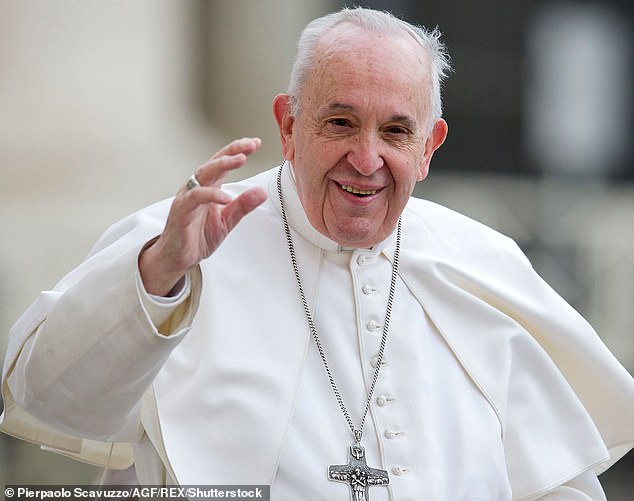 ‘If someone tells young people to ignore their history, to reject the experiences of their elders, to look down on the past and to look forward to a future that he holds out, doesn’t it then become easy to draw them along so that they only do what he tells them?

‘He needs the young to be shallow, uprooted and distrustful, so that they can trust only in his promises and act according to his plans.’

The synod recognised that many young people no longer see the Church as significant in their lives, but rather as ‘a nuisance, even an irritant’, the pope said.

Some of the reasons for this are understandable, including ‘sexual and financial scandals; a clergy ill-prepared to engage effectively with the sensitivities of the young… the passive role assigned to the young within the Christian community.’

It is important for the Church to be ‘living’, so it can ‘look back on history and acknowledge a fair share of male authoritarianism, domination, various forms of enslavement, abuse and sexist violence’.

‘With this outlook, (the Church) can support the call to respect women’s rights… while not agreeing with everything some feminist groups propose.’