Pope Francis has been seen arriving to celebrate Mass at Albano Laziale’s cathedral on the outskirts of the city of Rome.

Thousands of followers had lined the streets to witness the arrival of the Pope, hoping to capture a glimpse of his papal vestments.

But the crowd was left surprised when an unassuming Navy blue Fiat Tipo arrived and the Pope appeared from the back seat.

The Pope typically travels in a stark white car often called the Popemobile, which transports him in a clear box, allowing him to be more visible to crowds.

The choice to travel by less conspicuous means, in a car worth only £13,000, could be a reflection of the Pope’s often humble nature, seeking to not self-aggrandize.

Why the Pope chose to take this method of travel remains unknown, but it isn’t the first time he’s opted for the privacy of a smaller car, choosing a Volkswagen to travel in on a visit to Krakow, Poland in 2016.

During his surface the Pope began his Homily in Albano by reminding those gathered that the Lord ‘remembers us’. He does not forget, said the Pope, and ‘he does not lose sight of us despite the obstacles that may keep us far from Him.’

A subdued arrival: The Pope’s arrival was not as obviously telegraphed as usual, His Holiness had opted for a much more low-key arrival 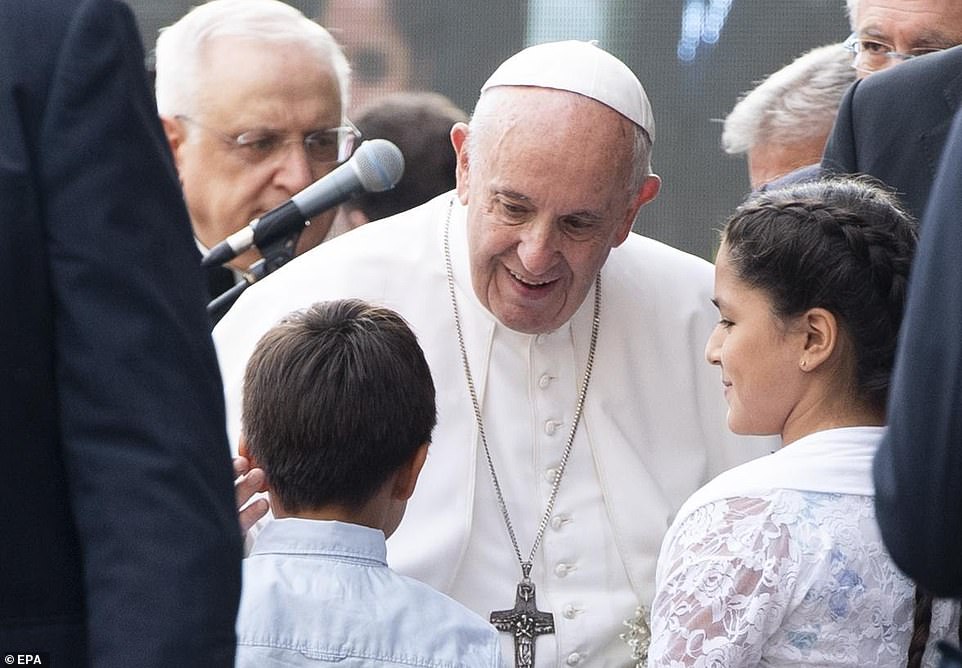 Pope Francis greets two lucky children after his arrival at the cathedral, around his neck is a sterling silver papal crucifix 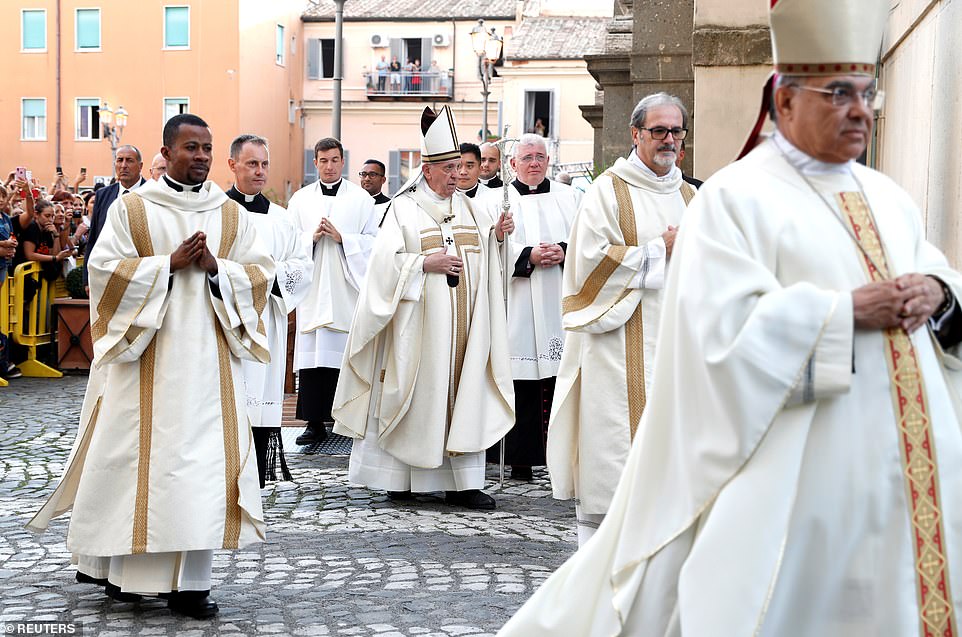 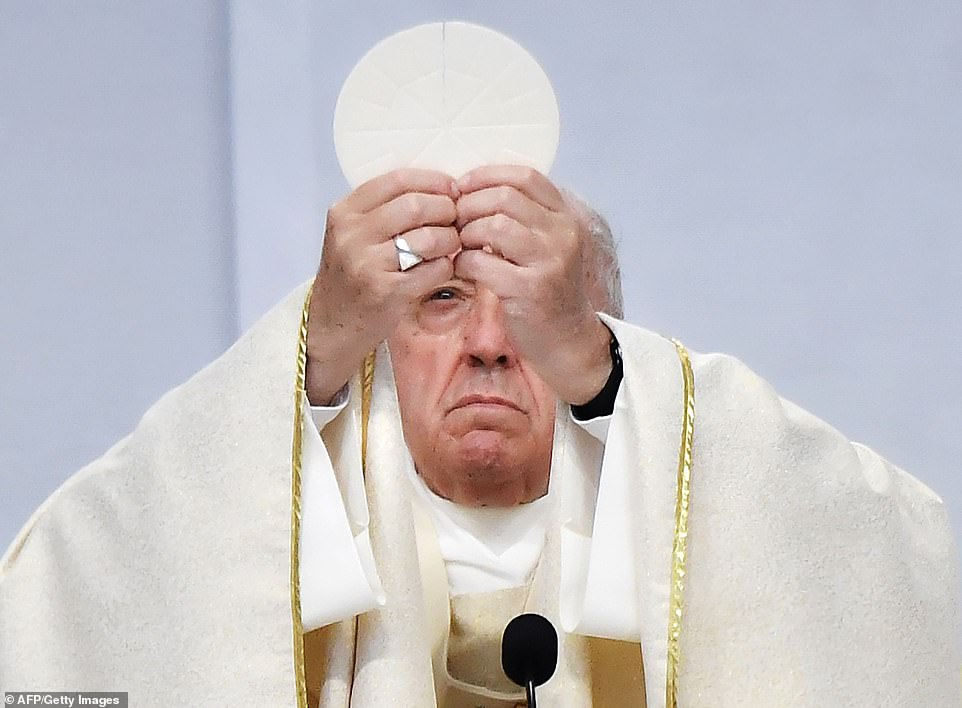 Breaking bread: Pope Francis splits the communion wafer as the celebration of the Lord’s supper begins as wafers and wine are taken by the crowd 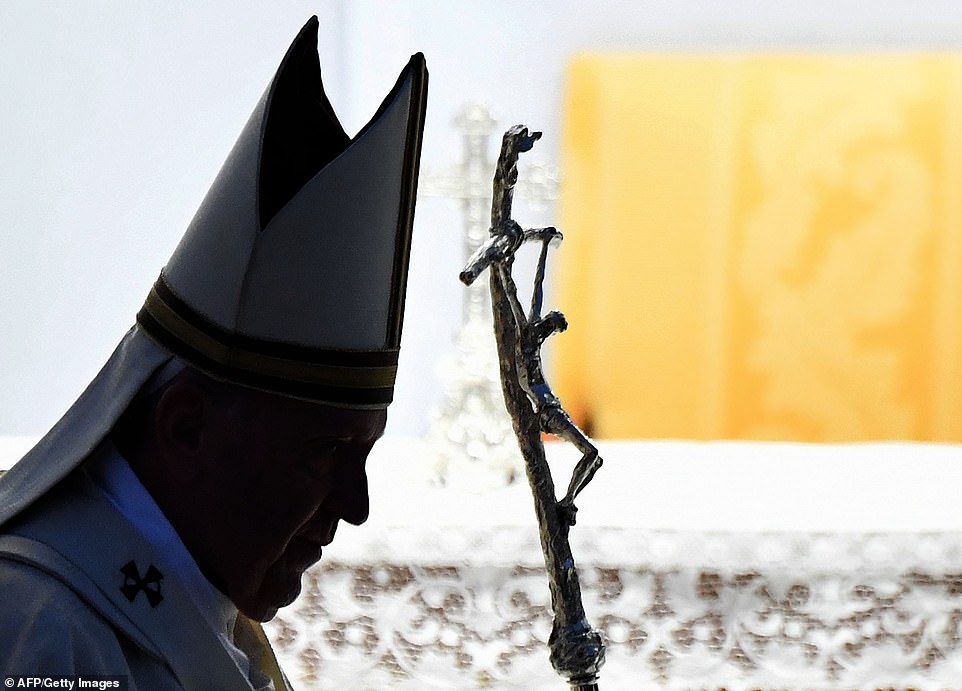 The Pope leaves the cathedral in Albano as Mass comes to an end, clutching the Papal Ferula – the silver crucifix-topped staff 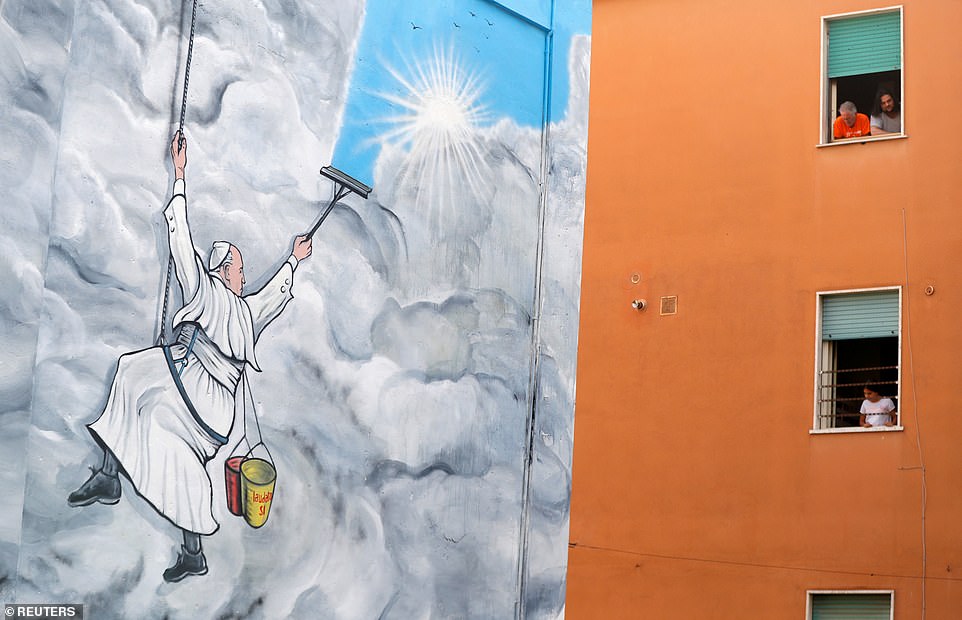 Closer to God: A mural of the Pope can be found in Albano, depicting his efforts to remove clouds, clearing the way for a celestial body 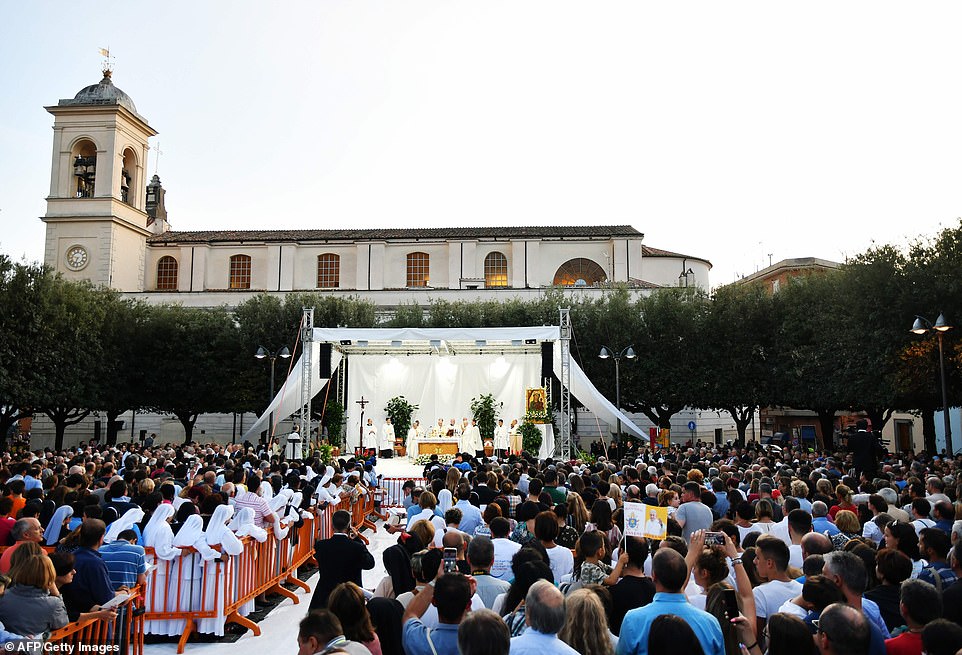 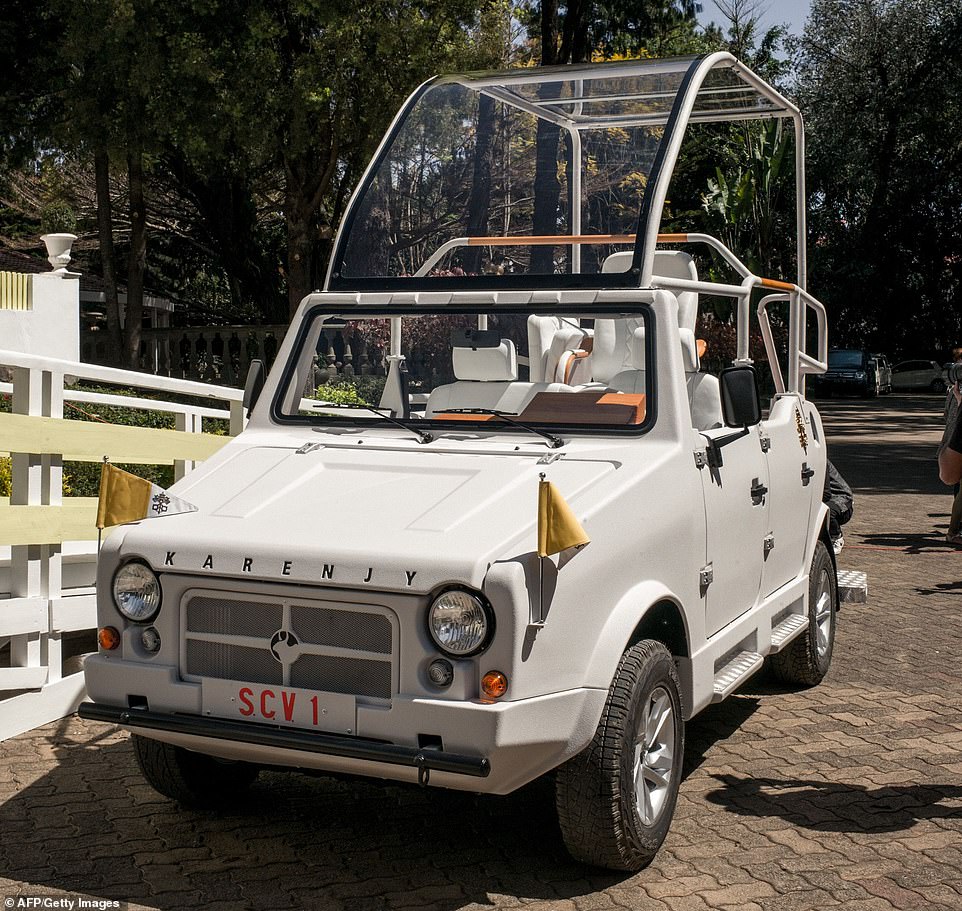 The Pope typically travels in modified cars, often referred to as Popemobiles, which feature a large viewing chamber to allow the crowds to see him better, as seen above in the vehicle used by Pope Francis while visiting Antananarivo, Madagascar