Popular fertility apps are ‘alarmingly inaccurate’ and leading women to believe they are infertile because they recommend the wrong days to have sex, researchers find

Researchers have issued a warning over fertility apps after finding many to be ‘alarmingly inaccurate’.

Many women hoping to fall pregnant have been drawn to using apps to track their fertility, period and ovulation.

But a study presented at the Fertility Society of Australia’s Annual Scientific meeting this week showed there were a number of glitches in the systems.

And those glitches have led a significant number of women to believe they may be infertile, lead author Samantha Costa said.

Many women (stock image pictured) hoping to fall pregnant have been drawn to technology to track their fertility, period and ovulation

The 36 apps analysed were also found to give incorrect timing for sex, fertility windows and incorrect information around pregnancy.

‘They can be helpful. However, if you are trying to conceive and are having problems, don’t just take advice from an app. Seek medical advice sooner rather than later,’ Miss Coasta said.

Professor of Reproductive and Periconceptual Medicine at the University of Adelaide Rob Norman said users of the app should exercise caution and be conscious of its limitations.

‘Provided it’s not costing much money and users are aware they may not be entirely accurate, I don’t see a problem using them.’

The number of fertility apps on the market has increased by almost 50 per cent from January 2015 to December 2018. 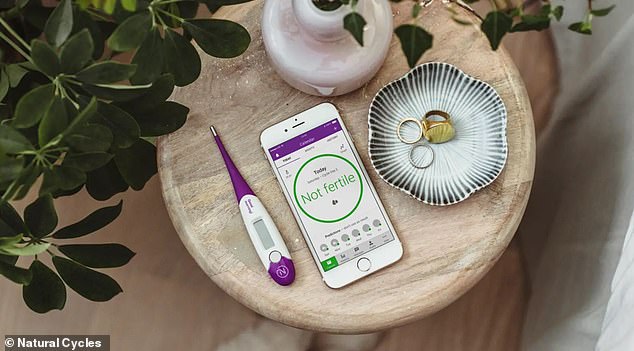