A social media-famous food critic has slammed a US burger chain that recently arrived in Australia, claiming its $215 price tag for a family meal is a ‘rip-off’ and no better than Hungry Jack’s.

In his first video of a series of scathing attacks on the newly-arrived franchise, the food reviewer said he ordered six burgers, three milkshakes, four servings of fries and four drinks. 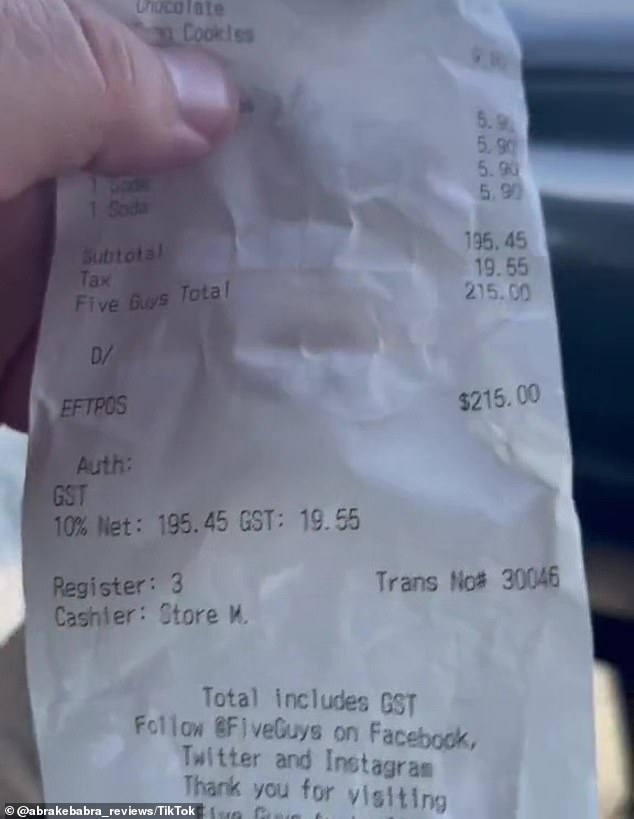 The order included six burgers, three milkshakes, four fries and four drinks, which came to a whopping cost of $215 and the outraged reviewer said it was a ‘rip-off’

Furious to be charged $215 for the order, he posted a second video showing one of the $19 burgers.

He took a bite to see whether the taste was comparable to the price.

After a few mouthfuls, he told his fans the burger was on par with the $5 meals available at Hungry Jack’s. 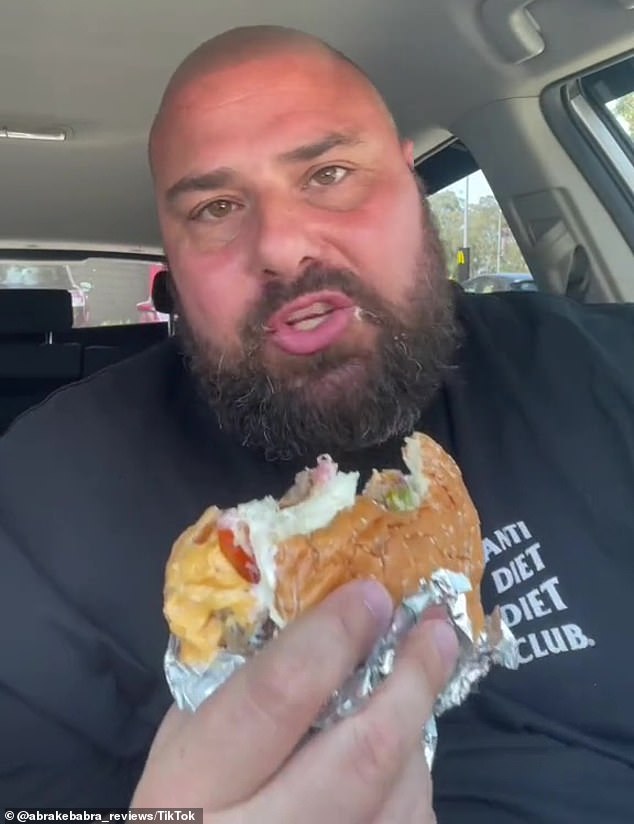 In a second video, he showed off the burger, which cost $19, and took a taste to reveal his thoughts on the expensive burger

When did Five Guys land in Australia?

US burger giant Five Guys opened its doors in Sydney’s western suburb of Penrith on September 20.

Seagrass Boutique Hospitality in Sydney secured the rights to be the brand’s master franchisee in Australia.

Five Guys is a family-run burgers and fries joint that started in America in 1986.

Now, there are locations across North America, Europe, the Middle East and Asia, with planned expansion into New Zealand.

The franchise is renowned for its customisable made-to-order burgers with the choice of 15 toppings and American-style milkshakes.

‘I can not justify paying this amount of money for this,’ he said.

He blasted the burger as ‘f*****g s**t’ and ‘slop’ before telling his followers to save their money and go elsewhere for their fast-food fix.

‘I’m telling you, go to Hungry Jack’s, get yourself a double whopper, save the f*****g cash because that’s what this is,’ he said. 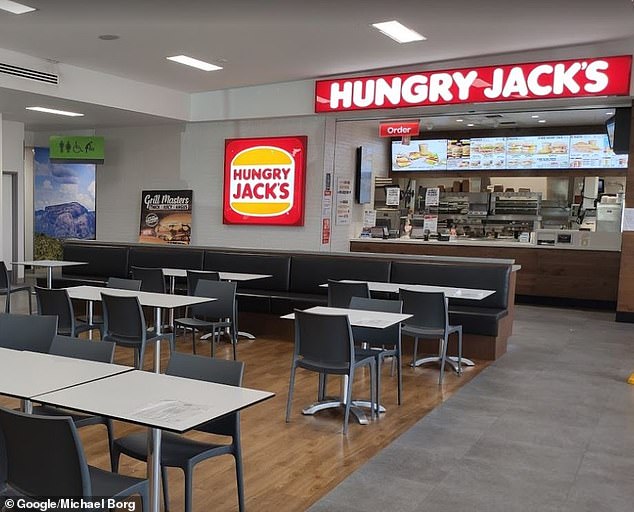 However, after a few bites, the food reviewer quickly stated that the burger quality was just like popular fast-food chain Hungry Jacks (stock image)

The food fan’s opinion prompted a flurry of responses online.

Many individuals were stunned at the prices and expressed that they wouldn’t make the trip to the store.

One user wrote: ‘With those prices they won’t last in Australia for long’.

‘Saved me a 30 minute trip this weekend thank you. Who charges $10 for a milkshake,’ another user said. 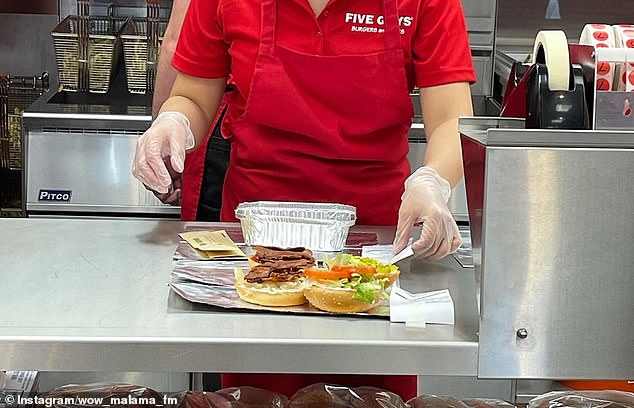 Another wrote: ‘Never was a fan of it when I lived in America’.

While a fourth stated: ‘It does look like a whopper for real!’

However, some people believed that the food reviewer shouldn’t have complained about the cost of the items if he had seen them before ordering.

One user wrote: ‘What, you didn’t see the prices before you ordered? Don’t pay and then complain. I don’t understand people or these negative comments.’

‘You knew the price beforehand surely,’ said another.

While a third wrote: ‘I’ve had Five Guys in multiple countries, quality always amazing and decent $.’

Daily Mail Australia has reached out to Five Guys for comment.