Soon after the DA’s office announced that it would not be pressing criminal charges because of ‘insufficient evidence’.

Benz spoke about the heartbreaking decision in an interview with Buzzfeed published Friday, saying: ‘It took my hope for justice away.’ 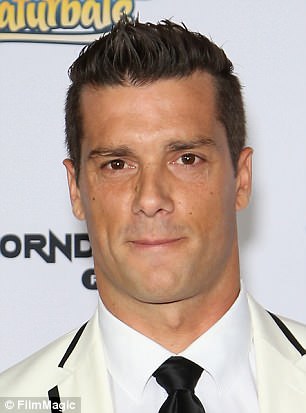 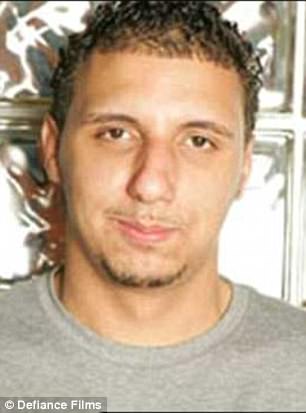 The 36-year-old claims that the assault occurred during a shoot in December 2016.

Court documents from both Benz and Tony T confirm that when it came time to film the director asked the crew to leave the room.

Benz claims that her costar Nomar then ripped off her underwear and used it to gag her before ‘water was poured down her throat causing her to choke’.

She added that Nomar thrusted into her so violently her ‘blood splattered on the white walls’, according to filings acquired by Buzzfeed.

Her report also states that at one point Tony T reached out from behind the camera and choked her.

She also tweeted: ‘On set bullying, rape, & violence should never happen. #NoMeansNo on camera, off camera. Just NO!’ on December 20

The next day she tweeted: ‘I guess rape scenes are in now huh?

‘On set bullying, rape, & violence should never happen. #NoMeansNo on camera, off camera. Just NO!’

‘We have become aware of a controversy surrounding a recent shoot involving Nikki Benz,’ the company said in a statement.

‘As most of you already know, we do not produce content ourselves but commission producers to do so on our behalf.

‘We understand that this particular scene was an unscripted scene with the artistic direction left open to the producer’s discretion.’

‘Not only have we terminated all existing professional engagements with the producer, but any possibility for any future endeavors with this producer have also been quashed.

In early January of 2017 Benz reported the incident to police and submitted raw footage of the scene in question. Adult entertainment industry news site XBiz described it in an article that day.

‘The footage starts with standard model questions and moves on to the hardcore sex, with Nomar and, later, Benz in face masks.

‘Following the scene, each were asked if they were there of their own volition, whether they had fun, and whether they would do it again.

‘Initially Benz indicated ‘no’ to whether she would do it again. But in a second take, she changed her answer to ‘yes.”

The day after that article was posted, T and Nomar responded with a joint defamation suit against Benz.

‘[On December 20, 2017, Benz], began publishing extensive media feeds alleging that she had been raped and sexually assaulted during the filming on the previous day, accusing Plaintiffs Tony T and Ramon Nomar as the perpetrators of those acts against her,’ the suit said.

‘All of the statements about the conduct and activities of Plaintiffs were false in that Defendant Nikki Benz [was not] assaulted nor raped during the shooting of the video.’

In April, almost a year and a half after the alleged assault occurred, Benz took matters into her own hands and filed a suit against T, Nomar and MindGeek for assault, battery, sexual battery, gender violence, and, among other claims, negligent hiring and supervision.

Given that there was video of the incident, Benz assumed that the case would be ‘a slam dunk’. She was wrong.

On May 7 a deputy district attorney said that ‘he couldn’t differentiate what was acting and what wasn’t’, Benz says.

I’m devastated that I have to basically beg to be considered human.

In an email to the detective on her case dated November 22, Benz wrote: ‘I’m baffled as to why the mainstream actresses are getting the proper recognition/justice for speaking out against their abusers, yet I have spoken out about this almost a year ago and I have yet to hear back.

‘Why am I fighting this hard to prove that I was physically/sexually abused when it’s on film?

‘Writing this email is embarrassing to me. I’m devastated that I have to basically beg to be considered human.’

While no criminal charges have been filed in Benz’s case, civil charges are still ongoing.

In regards to the defamation suit, Nomar has dropped out as a plaintiff, but T is still pursing legal action.

T has denied Benz’s allegations and said her ‘untrue claims’ have cost him jobs.

Buzzfeed reached out to T before publishing the article this week, and a spokesperson for the director said that he had cleared the room to ‘make it easier to shoot with a handheld camera’ and that there was ‘no blood spatter on the walls or floor’.

The news outlet also reached out to Nomar, who declined to answer any questions and threatened to sue Buzzfeed after the article was published.