The adult film actor was charged with raping three women and sexually assaulting another in West Hollywood between May 2014 and July last year.

Before his allegations, Jeremy, who is known as The Hedgehog, appeared as a guest at Sexpo in Melbourne in 2012.

Sources told The Herald Sun the 67-year-old had organised a group of women for an act he called the ‘Hellenic Hedgehog’ before being seen wearing the footwear at the Eros Sex Awards.

Ron Jeremy pleaded not guilty in Los Angeles court on Friday after he was charged with multiple sex crimes, including rape and sexual assault

‘He was busted for wearing crocs with sperm stains on them,’ the source said. 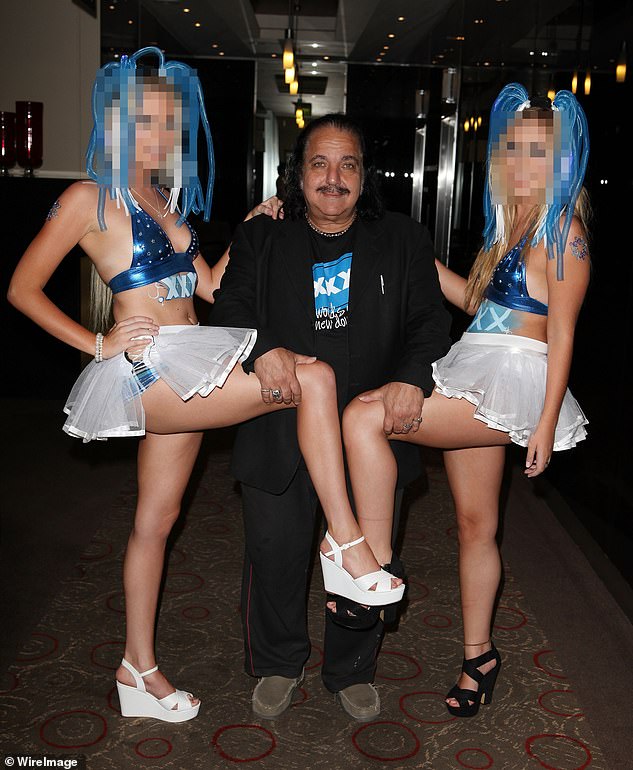 If convicted of all the counts he could face 90 years in prison.

Jeremy pleaded not guilty to all allegations on Friday and remains in custody as bail was set at $6.6million.

His attorney Stuart Goldfarb said on Tuesday he is ‘absolutely innocent of the charges. It’s not a close call.’

Goldfarb said witnesses who spoke to both detectives and his own investigator have cast doubt on the allegations.

The lawyer said Jeremy often gropes women with their consent during public appearances, and suggested his long life as an adult performer makes him less likely to have committed sexual crimes.

‘There is absolutely no reason for him to ever be aggressive with women,’ Goldfarb said.

‘He’s had more women than you can count.’

In a tweet, Jeremy said: ‘I am innocent of all charges. I can’t wait to prove my innocence in court! Thank you to everyone for all the support.’