Celebrity Big Brother bosses are set to offer Stormy Daniels £750,000 to go on the reality TV show, MailOnline can reveal.

They believe that her appearance would boost ratings after the final of the last series ‘Year of the Women’ reached a record low with 1.5 million viewers.

Endemol, which makes the show, is believed to have made a serious financial offer to Daniels – real name Stephanie Clifford – to go on the show. 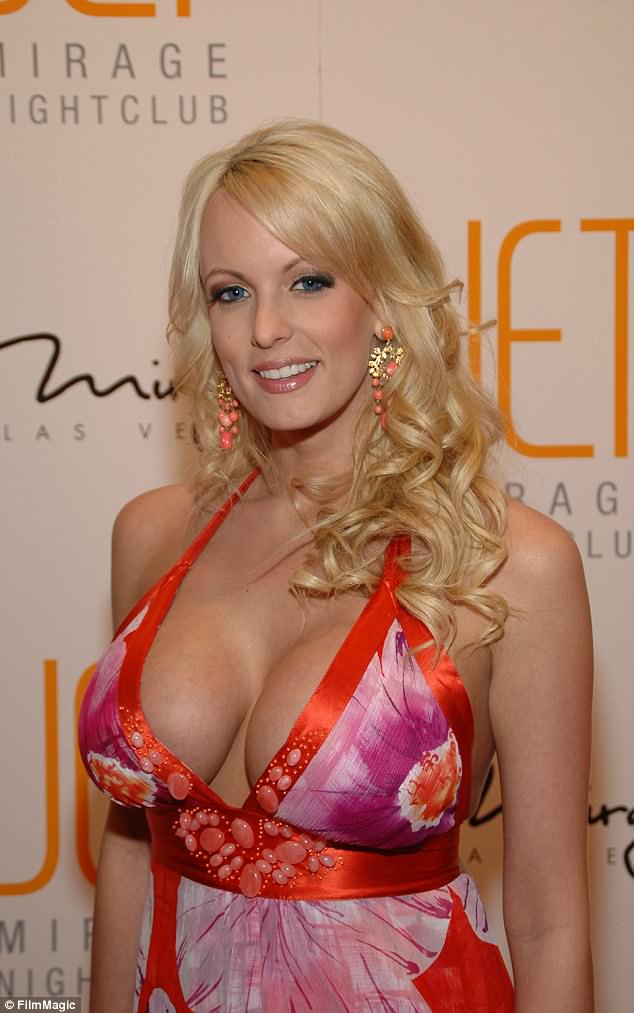 TV bosses at Channel 5 are so keen on having the the adult movie actress in the Big Brother House that they have pushed back the series from June to August to meet her schedule.

A source told MailOnline: ‘This year’s show is about people in the spotlight, who have hit a tough time in the public eye.

‘They are looking for people who have had dramas or issues in their life and are bouncing back.

‘They are so keen to have Stormy on the show that they have put it back from June to August.’

However, Stormy’s lawyer Michael Avenatti claims she has ‘no interest’ in the show – although she might have signed an agreement not to discuss it.

He said: ‘We get hundreds of people approaching us every day. She has no interest in doing it. She is not going to do it.’

It is now two months since Daniels broke the non disclosure agreement she signed with Trump’s lawyers for which she was paid $130,000 hush money by giving an interview to a US chat show.

In the interview she claimed that she had sex with the US President in 2006, months after wife Melania gave birth to their son Barron, 12.

Since then a controversy has raged over whether Trump knew about the money.

In an interview on Air Force One in April Trump denied that he knew about the payment to Daniels, which was done through his longtime personal lawyer Michael Cohen.

But earlier this month is own lawyer, Rudy Giuliani, said that he did. In a recent financial disclosure form Trump said that he did indeed reimburse Cohen for ‘expenses’ between $100,000 and $250,000. 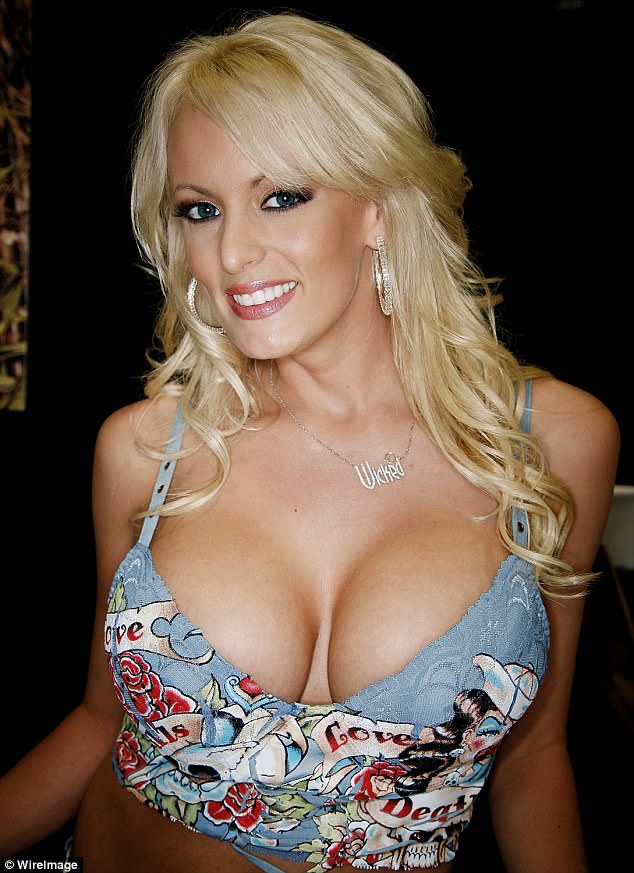 Daniels, real name Stephanie Clifford, is wanted by show makers Endemol, who believe she would boost ratings after the final of the last series  hit a record low of 1.5 million viewers

The pair allegedly met in his hotel suite during a charity golf tournament in Lake Tahoe, Nevada,

She claimed that he told her she reminded him of his daughter Ivanka and would not stop talking about himself.

She said: ‘He was like: ‘Wow, you…you remind me of my daughter. You’re smart and beautiful, and a woman to be reckoned with, and I like you. I like you.’

Recalling the encounter, she said she spanked the future leader of the Free World on the backside with a magazine that had himself on the cover.

In detail she said that she told him to ‘drop ’em’ and he turned around and pulled his underwear down a little and she gave him ‘a couple of swats’ on the backside.

She said they then had unprotected sex once, but that she was not physically attracted to him. Mr Trump denied the affair.

Last night Endemol Shine refused to comment on the speculation.