When we opened our front door and looked out through the enormous sitting room window, I thought someone must be pulling my leg. Or be about to eat it.

For there, ready and waiting — slathering and stretching on the other side of the glass, barely a yard from the mini bar and complimentary prosecco — were two enormous, orange tigers.

One was growling and displaying the biggest set of teeth I’ve ever seen. The other was rolling on his back, wriggling his muscular bottom and bicycling his legs in the air.

Cool for (big) cats: The new lodge in Kent offers a two-bedroom cabin which gazes onto the safari park’s tiger enclosure

We were close enough to see every quivering whisker, every drop of saliva on their enormous pink tongues, every speck of horsemeat on their huge yellow fangs.

It was exactly what we and our two young boys, aged six and four, had been promised when we booked into the Port Lympne Reserve Tiger Lodge — a new two-bedroom cabin that backs on to the safari park’s (very spacious) tiger enclosure in one direction, and looks out across the Channel in the other.

Even so, it was still a bit of a shock. We could almost smell their hot, meaty breath, for goodness’ sake.

‘Aren’t they lovely, Mummy? Can we stroke them? Can we feed them? Can we ask them in for tea?’ No, no, no. How drearily boring we adults are.

So instead, from a safe distance and with the help of their keeper, Richard, we got to know them. 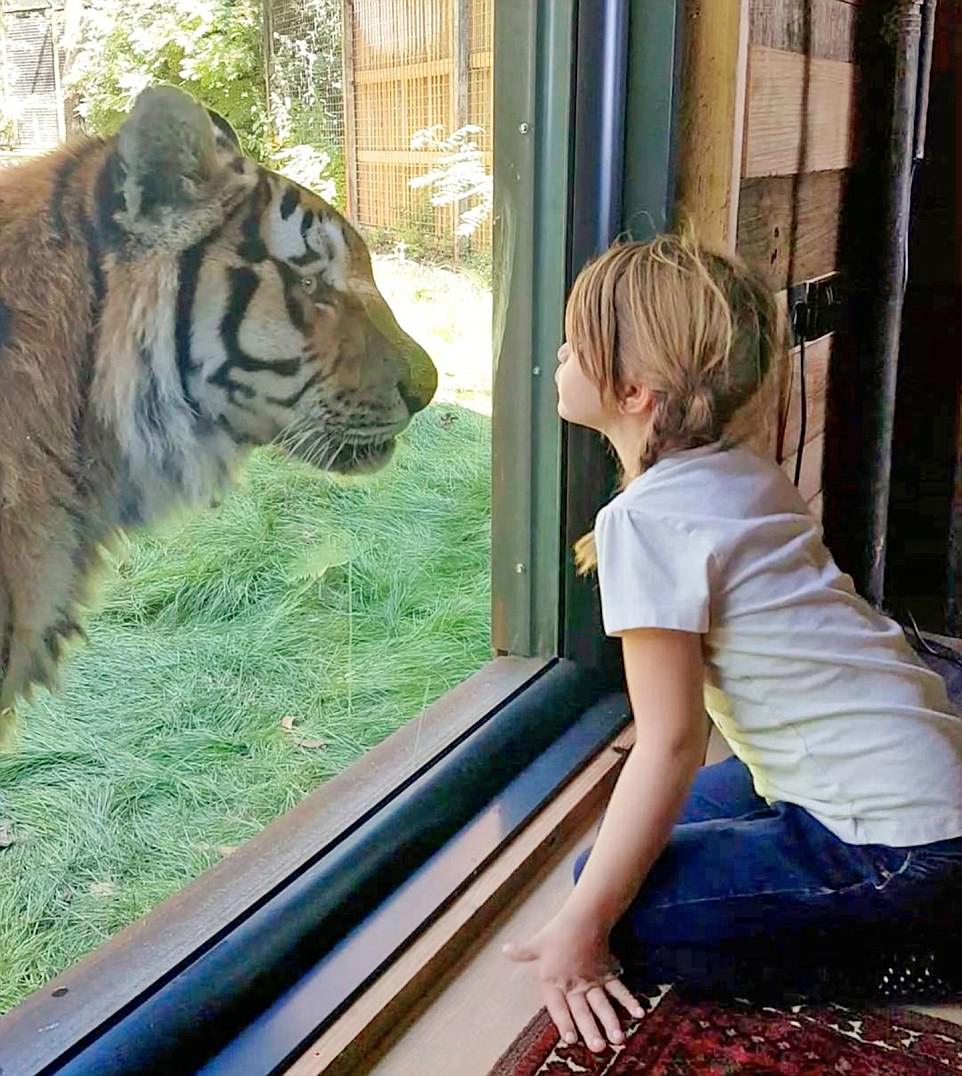 Up close: A tiger and young visitor say hello at the lodge, which is run by the Aspinall Foundation

Wakey wakey: Guests can sleep comfortably, wake up in the morning, open the curtains and come face to face with a tiger

And that, while the number of Siberian tigers in the wild has dropped below 500, they have been doing their bit to protect their species as part of the captive animal breeding programme.

Owned by the Aspinall Foundation and sister safari park to Howletts, where founder John Aspinall’s tigers (and, indeed, Tugs’s relatives) may or may not have eaten Lord Lucan all those years ago, Port Lympne Reserve (pronounced limb), in Kent, is a special place — as we discovered when, finally, the tigers retreated out of sight and we could tempt the boys away from the window and into our Tiger Lodge buggy to explore the park’s 600 acres.

The enclosures are vast (some visitors complain on TripAdvisor that they’re so big it’s hard to see the animals), the staff are incredibly well informed and the cafes and restaurants are sympathetically done.

There are animals everywhere. In one enclosure (the biggest in Europe) there are more than 250 beasts — many of them endangered — including a huge tower of giraffes, water buffalo, rhinos, bison, elands and some rather grumpy zebras.

Lavish: The ultra luxurious lodge is themed around an African safari retreat, and costs from £450 per night 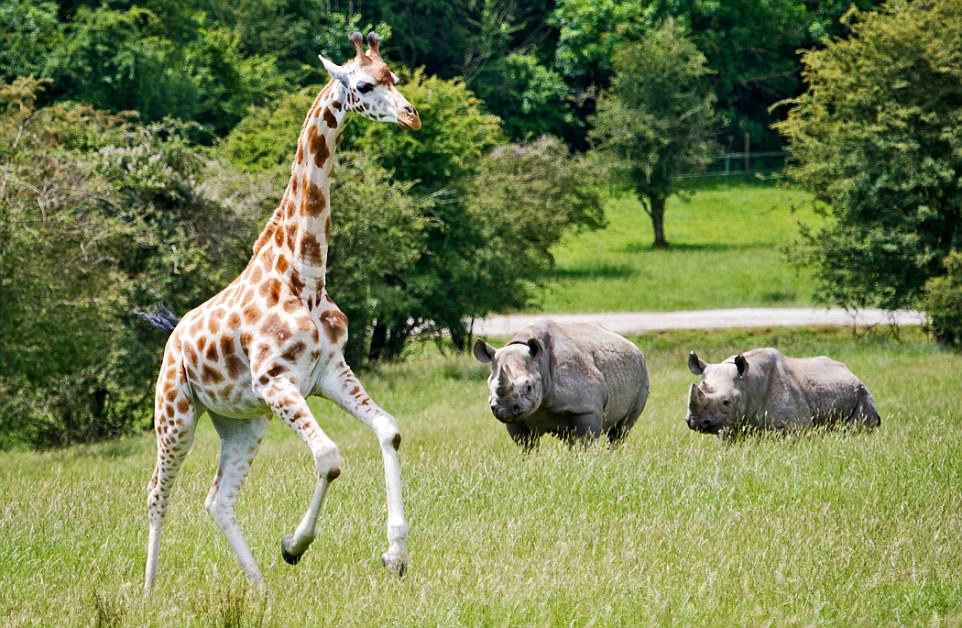 Elsewhere: The enclosures are vast, the staff are incredibly well informed and the cafes are sympathetically done, says Jane

Authentic: Drives take place in these specially adapted vehicles. In one enclosure, there are more than 250 beasts

This is the only animal park I have ever visited in the UK that made me actually feel as if I was on safari.

Later, long after the park had shut to the public and we’d spent an hour on the amazing dinosaur trail, got lost four times and nearly crashed into an alarmed Damian Aspinall and his new(ish) wife Victoria in their huge Range Rover, we toasted marshmallows on an open fire at the hilltop bar and headed for the new Babydoll pizza restaurant (named after one of the park’s gorillas).

Safari parks can be strange places. You can’t help wondering if the animals need to be here, so it’s comforting to know that every penny the park makes goes straight back into animal research and welfare.

As for the tigers, they seem to love the company.

They laid on the soft patch of grass right outside our window — long stripy bodies against the wall, heads as big as suitcases, paws the size of my sons’ heads — with their breath steaming up the window as the boys kissed them goodnight and insisted on leaving the curtains open so they could say hello the minute they woke up.

Tiger Lodge is a once-in-a-lifetime treat, but I’d return in a shot. And if our budget couldn’t stretch, we could stay in the Pinewood camping pods beside the howling wolves, or try out one of the treetop self-catering lodges.