Portuguese backpacker, 27, falls five floors onto a barbed wire fence and bleeds to death after falling off a balcony while doing yoga in Thailand

A backpacker bled to death on a barbed wire fence after falling from a fifth floor hostel ledge while practising yoga, police believe.

Vera Maceiras Rijo, 27, was discovered in her pyjamas with her top pulled up stuck in a razor-wire fence next to an abandoned building in Bangkok, Thailand, on Sunday morning at 8am.

The Portuguese woman had celebrated her birthday on Wednesday just days before she was found dead. 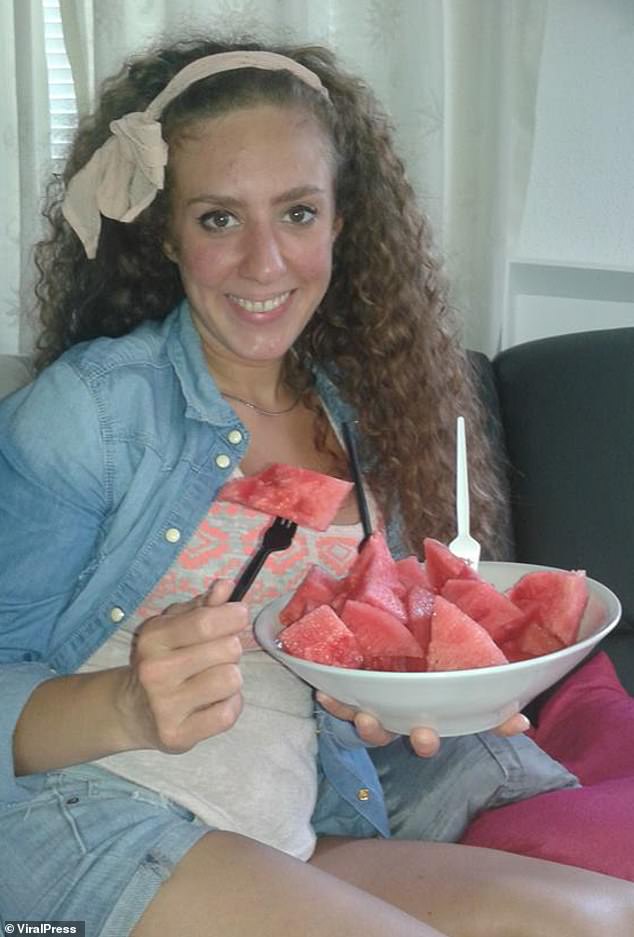 Portuguese backpacker Vera Maceiras Rijo, 27, was found dead on a barbed wire below a Thailand hostel where she was staying with her sister

Police suspect she plunged from the fifth floor of a hostel she was staying in after climbing out of a window and practising yoga on a narrow ledge at 5am.

Investigators are now looking at how she came to be found in the unusual position – 50ft below and around 14ft to the right of where she is said to have fallen from.

Police believe she then became tangled in the barb before hitting the ground and bled to death while she was still alive. She was discovered by locals at around 8am.

Ms Rijo’s devastated older sister, who had been staying in the same hostel room with her, was alerted and was seen on video walking out of the abandoned building in tears as paramedics loaded the dead body into an ambulance. 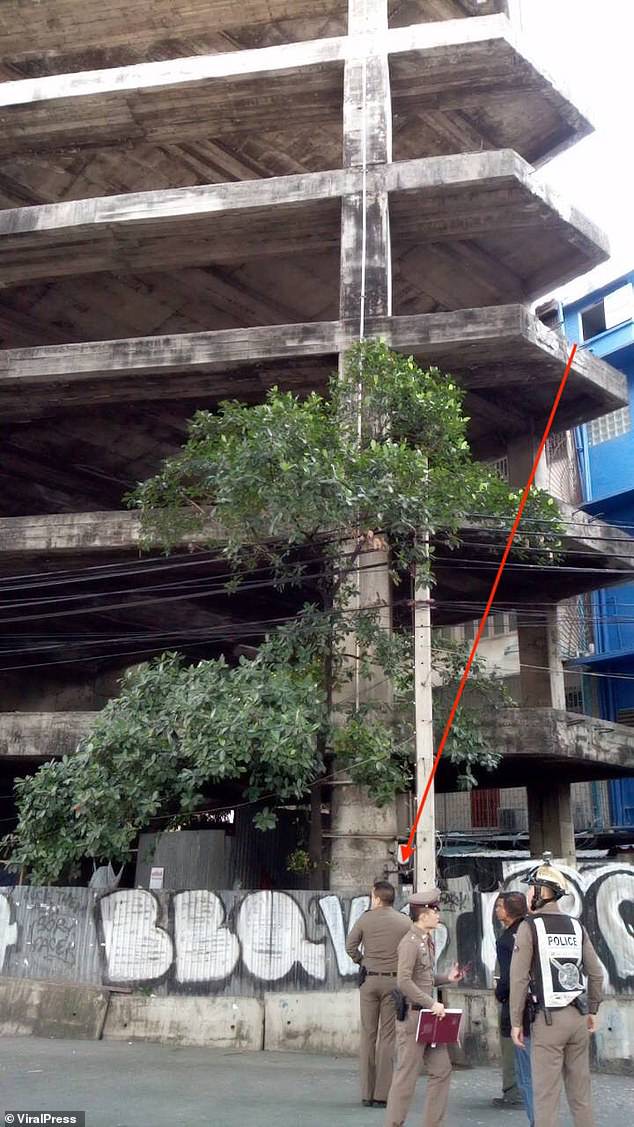 Speaking from the scene, Lieutenant Colonel Supachai Haankamkla from the Bang Rak district police station, said: ‘We don’t know how she died. The body has been sent to the hospital who will find the cause of death. The hospital will send the findings back to the police.’

Local media reported that police later checked hotel CCTV which showed Vera leaving her room on the third floor and walking up the stairs to the window at the fifth floor. 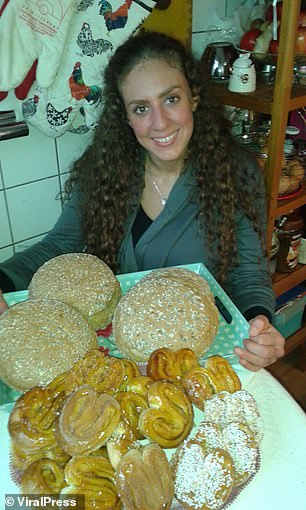 They said it was known that she liked to stand on the ledge while doing yoga.

Officers said that suicide was one possibility but they could not confirm that because no suicide letter had been found.

The position of the hotel ledge – some 14ft to the right of her dead body, 50ft above and with protruding iron railings on the outside of the building – means police are also considering the possibility she was killed before being left on the fence.

Lieutenant Colonel Supachai Haankamkla was asked why the body was in an unusual position, far away from the place where police say she fell from.

He said: ‘We’re not sure if she jumped from the hotel. Maybe she walked further along the roof then jumped off. We don’t know anything else. We don’t know how she died.

‘She did not hit the ground so she could have been dead first or died while she was tangled in the barbed wire. Maybe if someone had found her earlier they could have saved her.’

Asked if she could have been killed first then dumped on the fence, he said: ‘It’s possible. We don’t know. We will investigate what happened before she died.’ 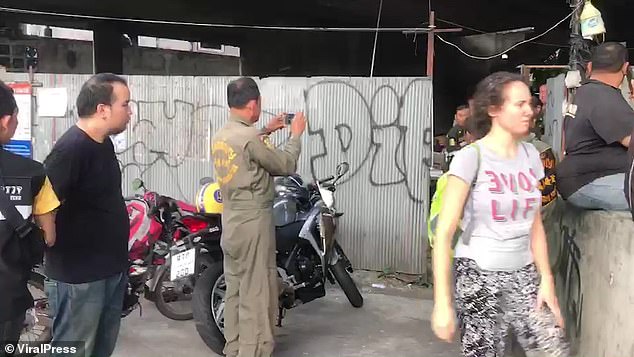