Pictured: Portuguese stab victim, 25, ‘killed during a robbery’ in north London as police continue to quiz two teenagers, 15 and 16, on suspicion of murder

Detectives investigating a fatal stabbing in north London have named the victim.

Portuguese national Wilham Mendes, 25, was stabbed to death in Tottenham in what may have been a robbery, police said.

Officers were called on Saturday, December 22 to a report of a stabbing in Albert Place at about 1.20am, by the London Ambulance Service (LAS).

Officers attended along with the LAS and found Wilham, who has lived in the UK since 2015, suffering from multiple stab injuries.

Portuguese national, Wilham Mendes, aged 25, is believed to be the man stabbed to death in Tottenham.

He was taken by London Ambulance Service to an east London hospital where he was pronounced dead at 2.13am.

A post-mortem examination will be held in due course and Wilham’s family has been informed.

On Sunday police arrested two males on suspicion of murder.

One boy was 15-years-old and another suspect is a 16-year-old male. They remain in custody at north London police stations.

DCI Lloyd said: ‘Although we have made two arrests, our investigation continues to gather pace. Early enquiries by my team have established a possibility that Wilham was stabbed during a robbery and I would like anyone who saw the events leading up to or immediately following the murder to contact my officers without delay.

‘No matter how small a detail, no matter how little you saw, your information could prove vital to our investigation and at the very least would assist in confirming details that we already have. 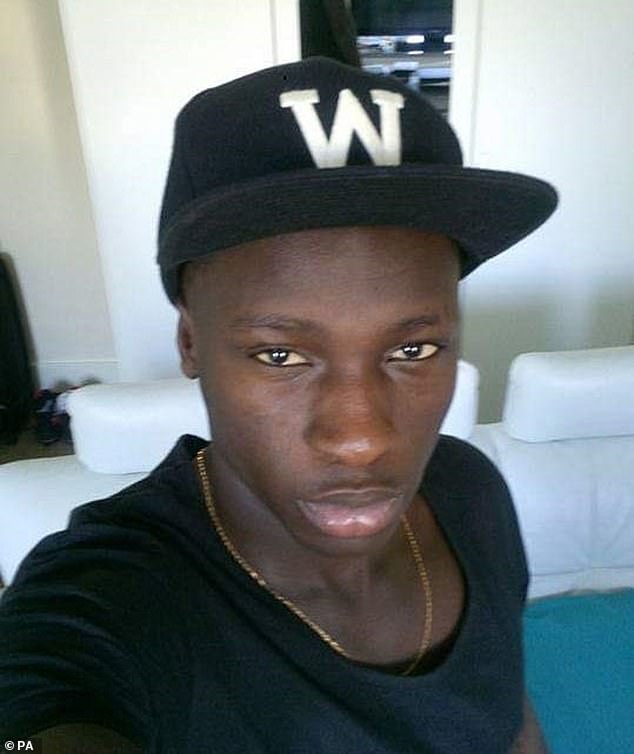 ‘At the heart of our investigation is the loss of an innocent and promising young man who was brutally murdered in the street.

‘Our thoughts are with Wilham’s family as they struggle to cope with their loss at what should have been a happy time of year for them.’

‘If you are reluctant to speak with police directly, please share what you know with Crimestoppers anonymously.’