Postal service worker, 63, dies after getting into an alleged fight with a work crew

California postal worker, 63, delivering Christmas mail, is killed by one punch in a fight with a workman whose van was blocking access to a mailbox

A postal service worker in California dies after getting into an alleged fight with a work crew that parked in front of a mailbox.

Fresno County Sheriff’s Office said 63-year-old Fernando Santoya was delivering mail in the 700 block of South Polk Avenue Tuesday when he got into an altercation with a group of men who were working on a house.

The Sheriff’s Office said one of the workers had parked his vehicle in front of the mailbox, so he moved it once the mail carrier arrived.

Witnesses told detectives that Santoya got into an argument with the work crew, which then escalated into Santoya trying to punch one of the men.

Deputies say in an effort to defend himself, the man punched back, striking Santoya in his face. He then stumbled and collapsed.

Workers noticed he was not breathing and began CPR. Santoya was taken to the hospital where he later died.

Detectives say all witnesses on the scene were cooperative and no arrests have been made.

Tony Botti, a sherriff’s office spokesman said: ‘In an effort to defend himself, the man punched back, striking Santoya once in his face.

‘Santoya stumbled and then collapsed. The workers noticed he was no longer breathing, so one of them began CPR on Santoya while another worker placed a 911 call. 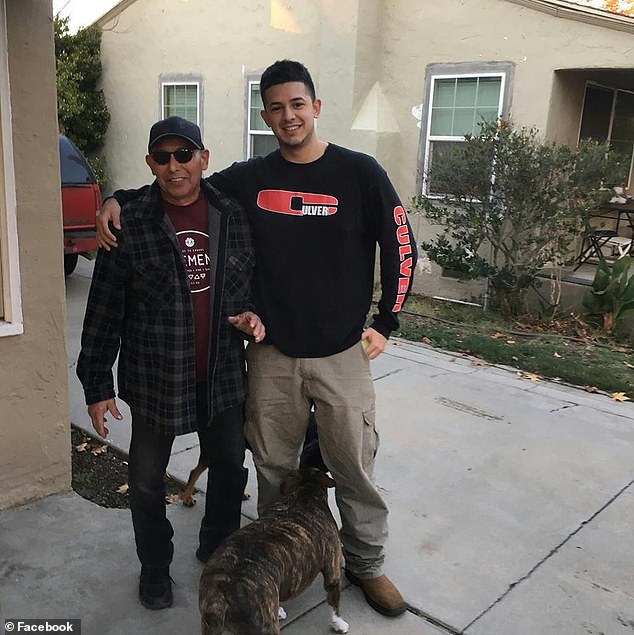 Police say an argument escalated when Santoya (left) trying to punch one of the men, according to witness accounts. He is pictured here with one of his grandsons 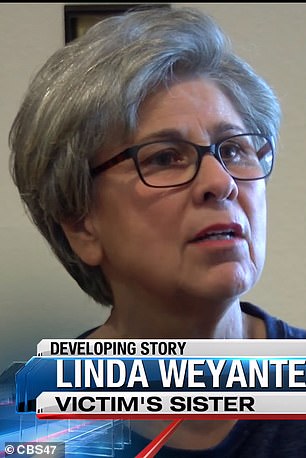 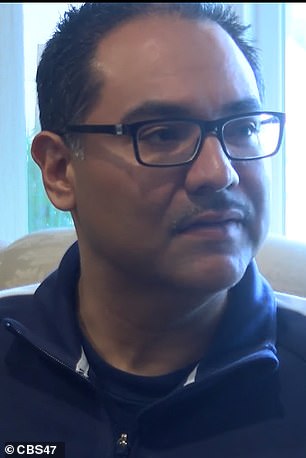 Santoya’s sister Linda Weyante (left) and his son Fernando Santoya (right) disagree with the official account of what happened , saying Fernando would never have hit someone first

‘Deputies and EMS personnel arrived and arranged for Santoya to be transported to the hospital’.

The cause of Santoya’s death is pending the results of an autopsy performed Thursday.

The deceased man’s family have disputed the sheriff’s office account of what happened, saying that he would never throw the first punch.

They also said that he was close to retirement and they are struggling to come to terms with their loss.

Santoya’s son Fernando told KSEE24: ‘ My dad was everything to me , he was my hero. 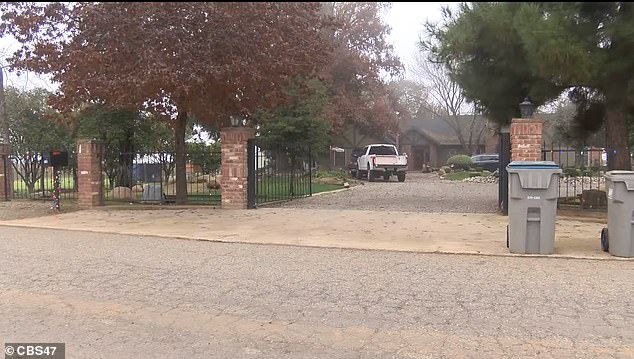 The incident happened around the 700 block of South Polk Avenue, east of Kearney Park (pictured)

‘Every Christmas, he’d make sure that we gave to homeless people and needy families’.

His sister, Linda Weyante, said they cannot understand what happened as her brother was not a violent person.

She said: ‘We are having a difficult time not comprehending what occurred out there.

‘Not being able for him to hear me totally and completely say I love you and I’ll miss you [hurts]. But, at least I know he will hear me now’.

Weyante and her nephew remain adamant that their loved one did not deserve to die this way.

The Postal Service and Sheriff’s office are both investigating the incident.

Anyone with information about the case is asked to contact the sheriff’s office at 559-600-3111.