Pound falls against dollar and euro: what can travellers do?

This week, the pound has taken a tumble, leaving it at a 28 month low against the dollar while it has also dipped significantly against the euro.

Boris Johnson arriving as Prime Minister with a no deal Brexit threat has been the main catalyst for rock bottom exchange rates, leaving holidaymakers facing – in some cases at the airports – parity of the pound against the dollar, and even worse for the euro.

However, there are several steps you can follow to make the most of your trip and ensure you are able to keep costs down when travelling overseas this summer.

This is Money, with the help of Travelsupermarket, has revealed ten top tips to help you get more bang for your holiday buck.

It might be worth thinking about travelling somewhere where the sterling is doing well, for example, you could consider swapping the US for South Africa, where sterling is performing well against the rand.

There are a number of other destinations where the pound is performing better including Brazil, Mexico, India and Singapore.

For a shorter holiday, you might want to look at package holiday prices to non-euro destinations, where you can avoid the euro and the cost of living is less.

Britons are showing more interest this year in summer holidays to Turkey, Tunisia and Bulgaria, for instance.

These resorts are all in the top 25 most popular summer package holiday price comparison searches for this summer and, looking at resort prices, you can see why.

Eating out in all of these three countries will set you back less than £10 per head while a beer in in Bulgaria and Tunisia will only cost you around a £1.

2. Consider destinations where the cost of living is low

We are likely to see more British holidaymakers looking to travel to long-haul destinations where you can get a lot for your money.

Resort costs are known to be relatively low in Indonesia and other South East Asian countries like Thailand.

Putting exchange rates aside, within the eurozone, Portugal offers good value for eating out and drinks while also tending to be slightly cheaper than neighbouring Spain.

For a city break, popular destinations such as Paris will seem expensive at the moment.

Swap Paris or Rome for Prague, Bucharest, Warsaw or Budapest, where you can avoid the euro and eating out and drinks are at least a third cheaper than Britain.

3. A plus side to Brexit: package holiday prices

As a result of the drop in demand, which has been added to by greater competition in the holiday market and some Britons returning to the Eastern Med, package holiday prices to many eurozone beach destinations have been as much as 38 per cent cheaper than they were last summer.

TravelSupermarket found some of the best package holiday prices available this summer are to Corfu, the Costa Brava, the Costa del Sol, Lanzarote, Gran Canaria, Sicily, Rhodes, Malta, Crete, Zante and the Algarve. 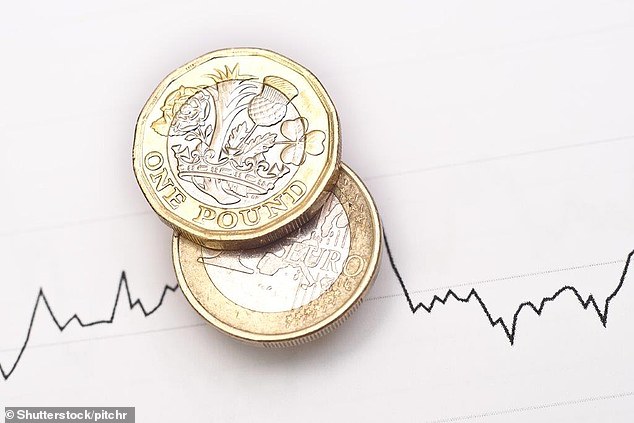 4. Consider all-inclusive to lock in food and drink costs

All-inclusive holidays are now Brit holidaymakers’ most popular package holiday board type with 13 per cent more all-inclusive searches via TravelSupermarket for this summer.

Another reason for the resurgence of interest in holidays to Turkey and Tunisia is down to the breadth of range of good value all-inclusive holidays on offer there with prices starting from as low as £300 per person.

It might not be for everyone but all-inclusive allows you to know a large bulk of your holiday cost up front and enables you to avoid any potential currency volatility issues. It is proving a particularly popular option with families.

5. Go out of peak season to get a better-priced holiday

Going away out of season or during the shoulder season means you can save money on the holiday price compared with going at peak, for example, a beach break from the UK in May, as long as you avoid May half term, and September tends to be a lot cheaper than in June, July and August.

It is possible to halve your holiday price by holidaying in May rather than the more expensive summer months if you don’t have school-age children.

For families who do have school-age children, look to the very last week of the school holidays, where prices tend to be best.

Families might also want to consider a holiday during October half term or at Easter, where prices tend to be less than during the summer, however, the weather may not be as favourable.

If you can be flexible with your travel dates, leaving and returning mid-week is often cheaper than travelling at the weekend.

Also, if you travel at off-peak times, you are also likely to be able to find a cheaper holiday.

Tuesday tends to be the best day to depart the UK. Compare prices for different departure days and see how much you can save.

It’s also good to price up holiday options from different nearby regional airports as you can often make huge savings.

Factor in any additional transport costs to the airport, when you are costing up and comparing. 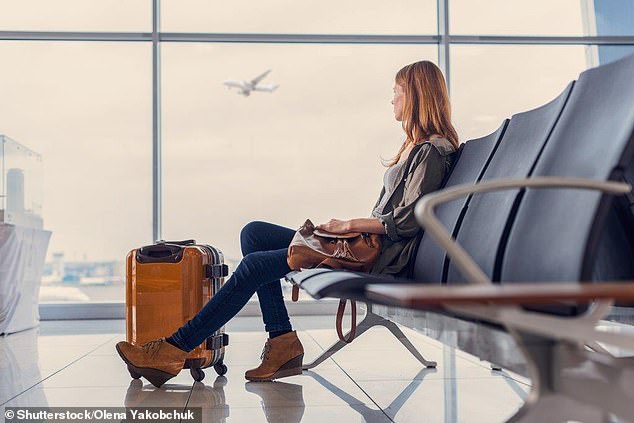 The currency volatility issues and no-deal Brexit concerns may be putting you off the idea of travelling and Britain has some fantastic places to visit.

It is worth remembering that international visitors are drawn to the UK at the moment thanks to the falling pound.

Despite exchange rates, going abroad to the beach is often cheaper and the weather more guaranteed.

The UK has a high cost of living compared with many short haul beach destinations and is expensive for hotels, eating out and drinks so, even with exchange rate euro issues, it can be cheaper to holiday abroad.

8. Plan ahead with your holiday money

Compare online to get the best rates and find the place where you have to hand over as little sterling as possible for your money.

If you focus on that, charges and exchange rates are irrelevant.

If you don’t shop around, you could easily get 10 per cent less currency for your money.

The pound is currently at a six month low against the euro. Sterling has sunk below the value of the euro at many airport exchanges in Britain – and reached parity with the dollar.

Don’t exchange your money in airports where rates are at their least competitive. You can get as much as a fifth less favourable deal than the best market rate.

If you have time, it is worth looking at trends in the exchange rate.

You might also like to hedge your bets and buy some currency on one week, when you think it is a better rate than it has been and then buy the rest at a different time.

9. Get a credit card for overseas use

Ensuring you have a decent debit card or credit card that won’t overcharge you for overseas spending is very important.

To see our guide to the best cards, click here.

Best credit cards: Halifax Clarity comes as one of the most recommended credit cards, guaranteeing no extra charges for spending abroad anywhere.

Tandem’s Cashback credit card is another favourite, giving you 0.5 per cent cashback on all your purchases worldwide along with no fees on purchases or cash withdrawals abroad.

Best current accounts: Starling is one of the best accounts for spending abroad. The challenger bank offers free overseas spending and withdrawals everywhere in the world – but you will need to keep your mobile phone handy.

Monzo customers also withdraw up to £200 every 30 days before the bank starts to add on a £3 fee each time you take out cash.

To see our guide to the best fee free current accounts, click here.

Debit cards in particular tend to cost you more than credit cards and the costs are hidden.

The banks also tend to charge a currency loading fee which can add as much as three per cent to the cost so you could find you’re paying as much as six per cent extra for using your card overseas.

If you use your card in an ATM, you can be slapped with an ATM charge of up to five per cent.

It is highly recommended to get a credit card specifically for overseas’ use which you just use when you go abroad – with the right card, you will get a better exchange rate on this than you can get for currency and there are no transaction fees.

Halifax Clarity, Tandem and Aqua Reward are all recommended by Travelsupermarket.

In terms of a debit card, Starling Bank has fee free spending and withdrawals, near-perfect rates and no fees on spending or withdrawing cash abroad.

Monzo has no fees for overseas spending but fee-free overseas cash withdrawals are limited to £200 in any 30-day period – a three per cent fee applies above this.

10. Pay in the local currency

If you are paying by card in a shop or restaurant overseas and you are offered the chance to pay in pounds, refuse and pay in the local currency.

Paying in sterling will cost you more as the retailer will determine the exchange rate.

It is believed that a quarter of Brits are currently choosing to pay in sterling as they don’t know about this.