Power lines SPARK like fireworks in the high winds before 400 homes lost power – with some onlookers blaming a flock of more than 1,000 STARLINGS

Residents of Canvey Island, Essex, feared their properties were about to burst into flames during the commotion on Thursday.

Storm Bronagh whipped up high winds as it passed through the Thames Estuary and caused power outages for hundreds of homeowners east of the island.

The sparks continued for several minutes on Heideburg Road and Nevada Road, with firefighters attending as a precaution.

One resident claimed a huge flock of starlings which landed on the cables were responsible for the unexpected light display. 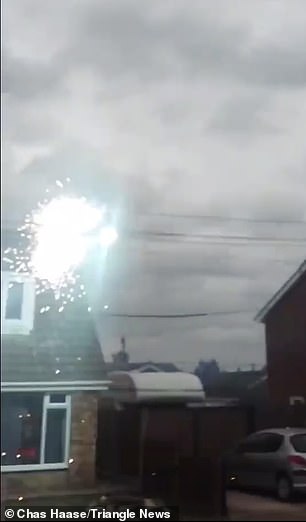 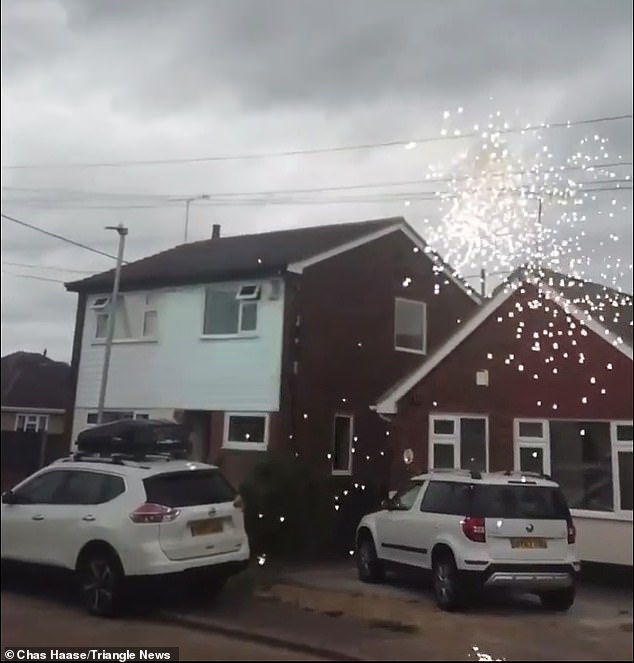 The sparks continued for several minutes on Heideburg Road and Nevada Road, with firefighters attending as a precaution

Chas Haase said ‘thousands’ of the birds had been flying past and sitting on the wires before they began to spark.

Another resident, Alex Gowing Cumber, said: ‘I thought it was fireworks as I knew neighbours had started a building project and wondered if they were celebrating then discovered what was actually going on.’ 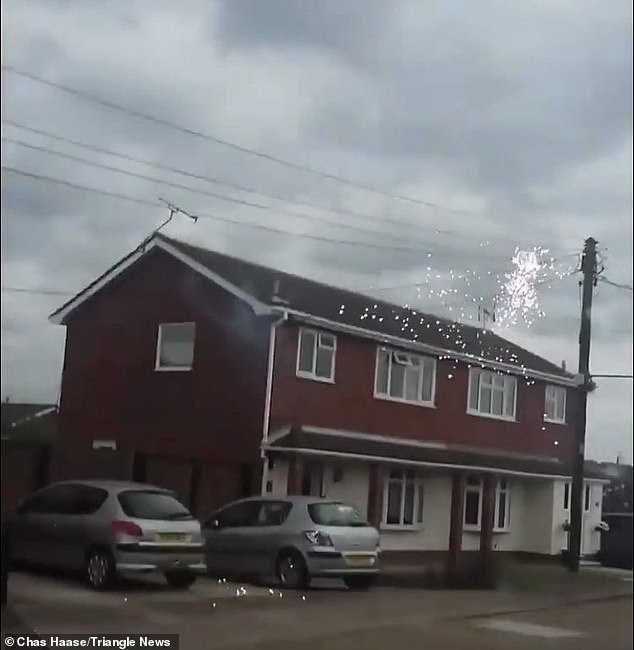 A UK Power Networks spokesman said: ‘UK Power Networks were called to the Nevada Road area of Canvey Island this evening by emergency services due to reports of damage to the overhead electricity network.

‘To enable our engineers to safely repair equipment, we had to temporarily interrupt power to approximately 400 customers at about 6.30pm and their power was restored by 7:40pm.

‘We are sorry for any inconvenience caused.’