Powerball winner’s ex is NOT bitter at missing out

He could be $380 million better off right now – if only he’d gambled.

Had Richard Lord married ex-partner Mavis Wanczyk he would have shared her record-breaking $758.7 million Powerball windfall.

But as the couple ended their 15-year-relationship late last year as nothing more than boyfriend and girlfriend Lord is not entitled to a single cent.

‘I could have paid off the rest of the house, taken a vacation in Europe – but that’s just the way life is sometimes,’ Lord, 64, told DailyMail.com with a shrug of the shoulders.

‘But I’m happy for her. I certainly don’t hold anything against her. I hope she enjoys all that money – she’s certainly got a lot of it now.’ 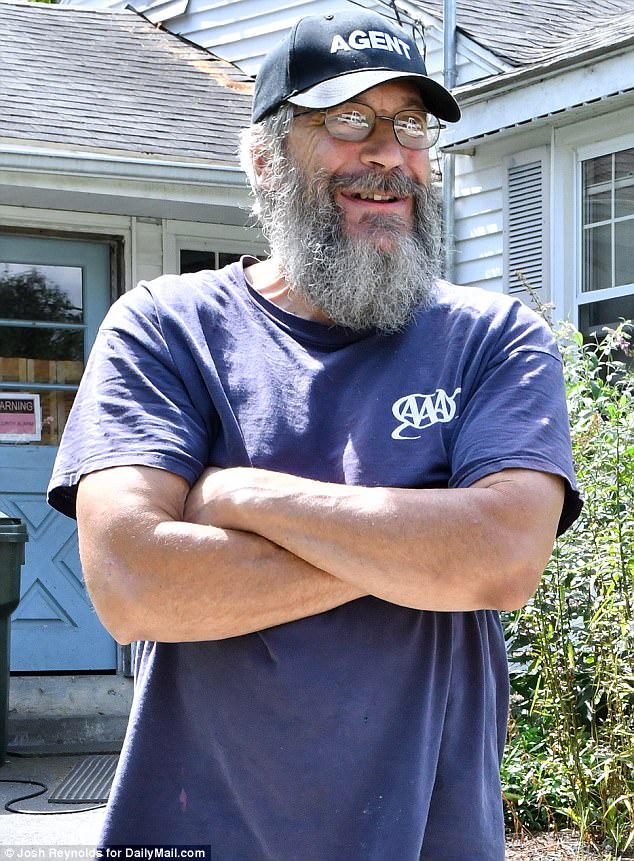 What could have been: ‘I could have paid off the rest of the house, taken a vacation in Europe – but that’s just the way life is sometimes,’ Richard Lod, 64, told DailyMail.com. But he said: ‘I’m happy for her.  I hope she enjoys all that money.’ 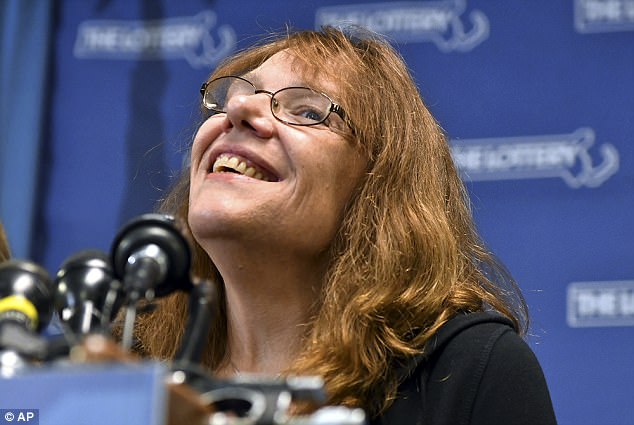 A curious public has gotten their first glimpse of Mavis Wanczyk (right), who won the largest single-ticket Powerball prize in US history in Massachusetts

The mother-of-two opted to collect her winnings in the form of a lump sum, meaning she will take home around $443m after taxes, according to lottery officials.

Wanczyk was keeping a low profile Friday, one day after telling a press conference that all she wanted to do was go back to her home in Chicopee, Massachusetts and get into bed.

Lord said his former partner was already feeling the strain of entering the ranks of the super-wealthy overnight, with more money than the likes of Beyoncé, Kim Kardashian and Taylor Swift.

‘Right now I know she’s pulling her hair out with all the harassment and the soliciting phone calls,’ he told DailyMail.com.

Lord explained he never proposed because he lost ’50 percent of everything’ when he divorced his ex-wife prior to meeting Wanczyk, and didn’t want to repeat the mistake.

‘I was married for 20 years but that ended in one big headache. She got the kids, I used to have a gorgeous house and she got that too,’ he explained.

‘After the divorce I was left with barely enough to eat. So after all of that I wasn’t in any hurry to get married again.’

Massachusetts law states that anything purchased over the course of a marriage – including a lottery ticket – counts as a marital asset to be shared in the event of a split.

The state does not recognize common-law marriage, however.

‘We went our separate ways last August,’ added Lord. ‘All she said to me was “I’m moving on to a better life”. She moved out then and there.’ 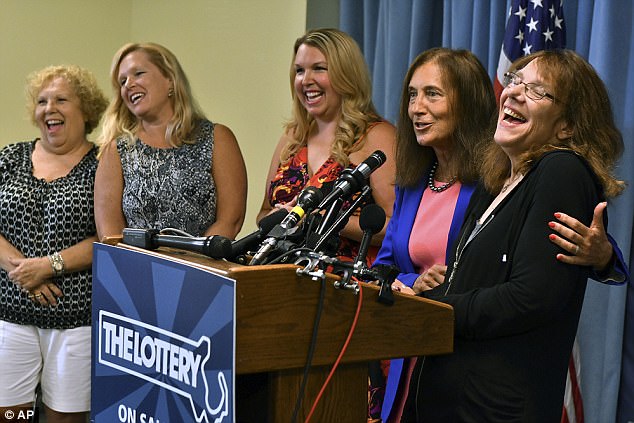 Wanczyk (far right) said her colleague brought it to her attention that she had won the jackpot as they were driving home Wednesday night. Her mother (far left) and two sisters (center left) also came to the press conference to support her

Cruelly there were rumors that she had found someone else – but it was nothing more than idle talk.

‘But they were just rumors, I didn’t take any of it seriously.’

Wanczyk divorced her ex-husband Bill Wanczyk, the father of her two children Billy Jr, 26, and 31-year-old Marlee, around 20 years ago.

He was killed in a hit and run accident last November when a speeding pickup truck lost control and smashed into the bus stop where he was sitting.

Peter Sheremeta, 20, fled the scene but was later identified as the driver and arraigned on charges of motor vehicle homicide, manslaughter and leaving the scene of a crash.

Wanczyk’s win was the second biggest Powerball jackpot in history but the previous record of $1.56b was split between three winning couples who each took home $328m.

She bought her ticket from a Pride gas station half a mile from her modest two-bed apartment that occupies the top floor of a $172,000 converted family home. ‘My pipe dream came true,’

Wanczyk said at a news conference Thursday, flanked by her mother, Marsha Costa, and her two sisters.

Wanczyk revealed she had already quit her job in patient care at the Mercy Medical Center, in Springfield, Massachusetts, where she had worked for the past 32 years. 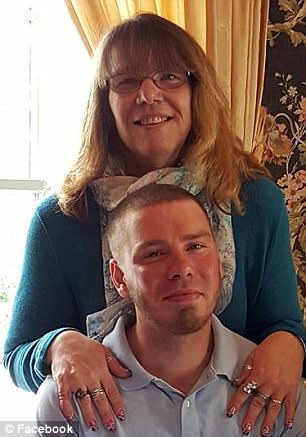 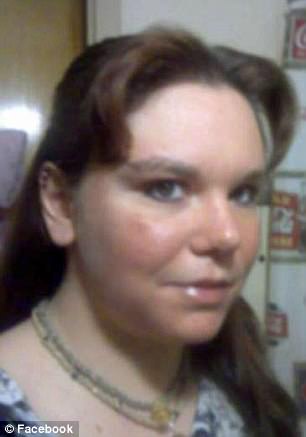 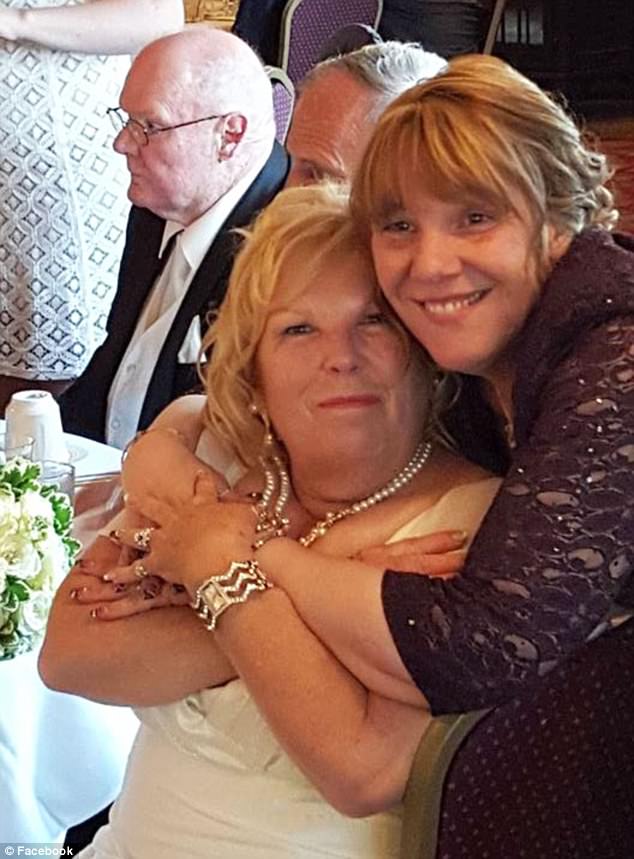 Wanczyk’s mother, Marsha Costa (pictured left, during her wedding last June), joined her daughter as she accepted her fortune on Thursday

Asked what her financial situation was before the big win, Wanczyk said that throughout her life she has ‘been OK’.

Wanczyk’s son Billy Jr is a state car inspector who is about to get married to his fiancée, Krystin Jean.

SORRY TAYLOR AND IVANKA… SHE’S RICHER THAN YOU 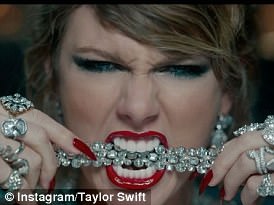 Marlee Wanczyk’s Facebook page says she’s been a cashier at Dunkin’ Donuts for two years and she studied at Springfield Technical Community College.

A caption under her profile picture, reads: ‘If the world had a throat I’ll be choking it! I love you daddy and I’m going miss you dearly.’

Angela Torres, who lives next door to Marsha Costa, says she spoke briefly to Wanczyk Friday morning when she picked up her retired mother to leave for a hotel. ‘She was in sweatpants, she had her dog with her,’ said Torres 52.

‘I don’t think it’s sunken in yet that she has all this money. She just told me she was looking forward to relaxing.’

The Massachusetts State Lottery had originally announced the winning ticket was sold at Handy Variety in the Boston suburb of Watertown.

Despite the mistake Kaur’s store will still receive $10,000 for selling a $1 million ticket.