This is the moment the father of a 15-year-old girl who was killed in a horrific ute laid a tender hand on her friend’s coffin.

John van de Putte paid his respects to Tyrese Bechard, 15, at HisHouse Church in Picton, in Sydney’s south-west on Thursday morning, one day before he buries his own daughter, Lily.

Tyrese and Lily died in the same car accident on September 6, along with their friends Antonio Desisto, 15 and Summer Williams and Gabriella McLennan, both 14.

Tyrese’s white coffin, adorned with red and white flowers, sat in a hearse outside the church prior to a funeral service today – allowing close to 1,000 mourners to say a personal goodbye before heading inside.

Mr van de Putte, who is wheelchair-bound due to multiple sclerosis, could be seen carefully approaching the casket to lay a hand on the varnish.

Tyrese’s funeral was the first of five services to be held around Picton in the coming days.

John van de Putte attended the funeral and placed his hand on Tyrese’s coffin. His daughter Lily will be buried on Friday

Lily Van De Putte, 15, was one of five teens killed after the car they were in smashed into a tree. Tyrese Bechard’s funeral was held on Thursday morning

Exavan Desisto, Antonio’s father, could also be seen shedding tears among loved ones on Thursday.

His son had been at boxing with Tyrese on the evening of the accident.

At the burial, Mr Desisto took off his white joggers and placed them on Tyrese’s coffin. He will bury Antonio on Monday.

Teenagers arrived in school uniforms to pay their respects and the mood was somber throughout the service, which saw emotional tributes to Tyrese from friends and family.

‘Fix you’ by Coldplay could be heard above the quiet sobs of loved ones, before the crowd stood as the coffin was brought in, with ‘Forever Young’ playing in the background.

His aunt, Rebecca, gave a touching eulogy to the family’s ‘special boy’. 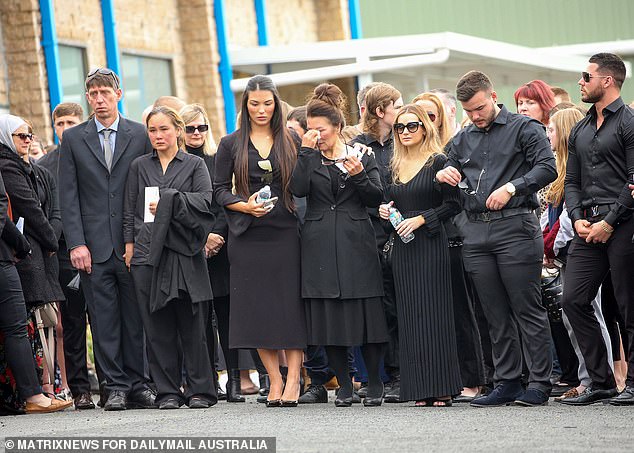 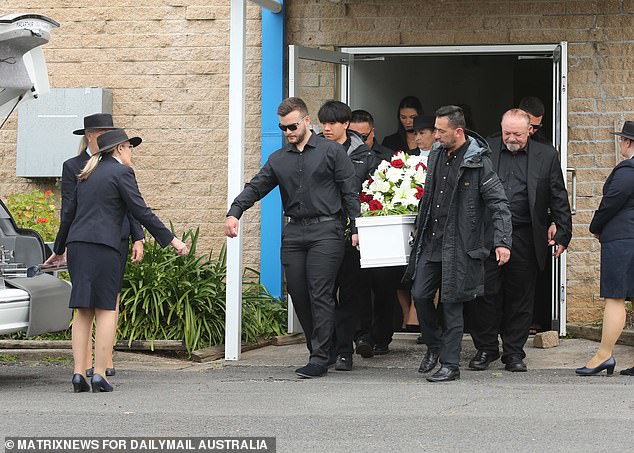 ‘Our beautiful boy, you were taken too soon. For everyone who knew him, he was a caring kind respectful and fearless young man.

‘He was a cheeky kid growing up. Fast forward a few years, he grew into a respectful young man. He was always one to set a goal and accomplish it. He was one of those kids who was good at everything he did.’

‘Tyrese loved boxing, which he started a few weeks ago. His coach said Tyrese had a talent he’d never seen before.’

She said Tyrese, at age 14, ‘desperately’ wanted to save for a house. A few weeks ago, he said he would eventually buy a car so he could drive his grandparents around.

‘Reecy was so selfless and put others before himself. He always said hello and gave you a big hug,’ she said.

Rebecca struggled to maintain composure during her eulogy – pausing often to gather herself before continuing.

‘I’m going to miss looking over the dinner table and watching your reaction to things you didn’t agree with,’ she added. 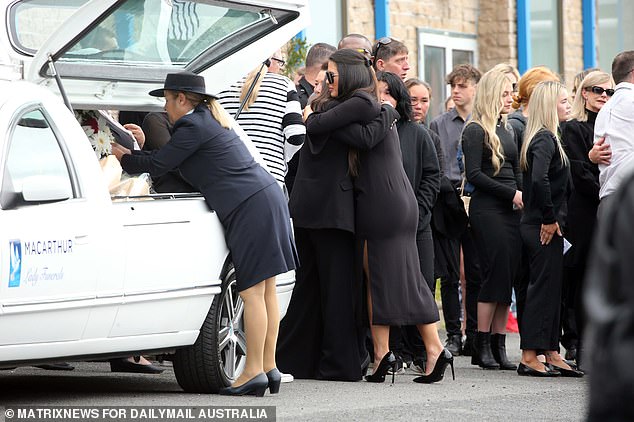 The family comfort each other after Tyrese’s funeral on Thursday, as his body is transported for burial after a touching service 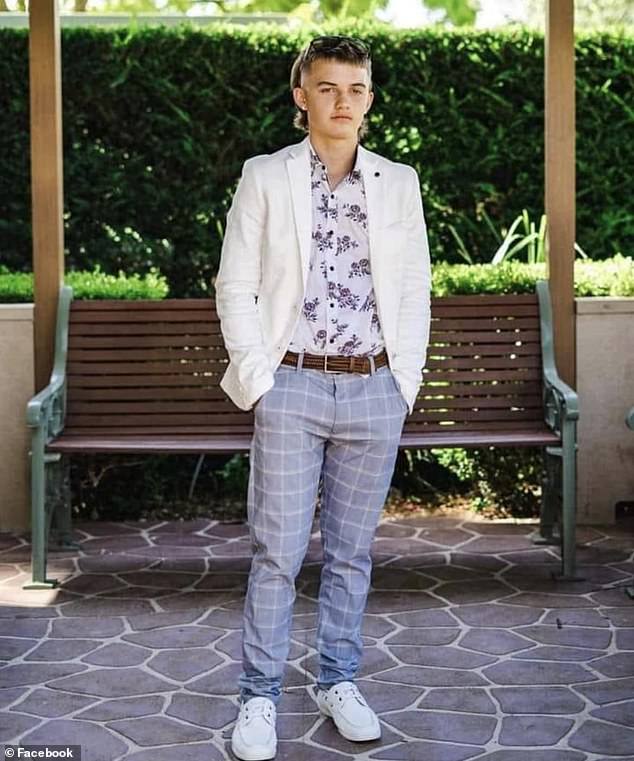 Pictured: Antonio Desisto, 15, who died on Tuesday alongside four of his friends in a car accident

‘Reecy, we miss you. We miss your laugh, your cheeky smile and courageous energy. Fly high my beautiful boy. Until we meet again, rest in peace.’

Mr Desisto previously told Daily Mail Australia that Antonio caught the train with Tyrese to boxing in the hours before the crash, and were supposed to catch the train home.

When it got late, Antonio’s dad Exaven Desisto called his son to ask where he was.

‘I called him, because I always called him when he was late home, and I said ‘Tony, where are you?’,’ Mr Desisto recalled.

‘And he said, ‘I’m at McDonald’s getting some food, I’m with Tyrell’.’

Hours later, the teenagers were dead. 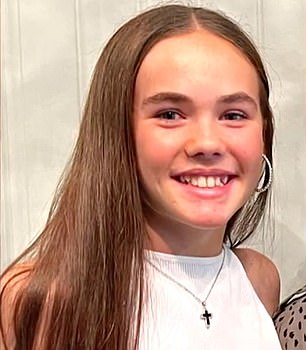 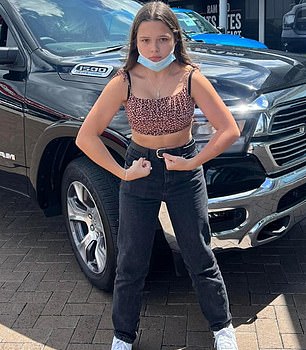 Antonio Desisto had been at boxing with his friend Tyrese Bechard (pictured right) before the crash. Summer Williams (left) also died 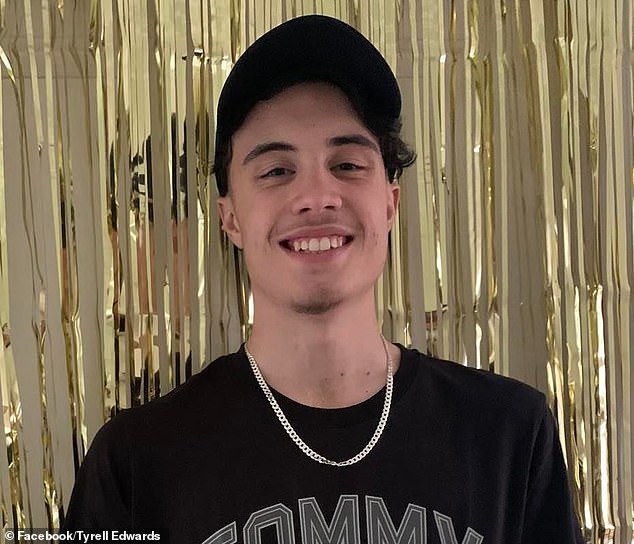 Driver Tyrell Edwards, 18, was the sole survivor of the crash and has been charged with five counts of dangerous driving occasioning death

Police allege Edwards used his phone to film Snapchat video of himself swerving at 90km/hour, before he allegedly hit two large trees which split the ute in two.

He was hit with five counts of dangerous driving occasioning death and was refused bail in Picton Local Court last Thursday.

In an interview with officers, Edwards allegedly told police his steering wheel began ‘shaking’ and that he lost control of the vehicle.

He said he couldn’t control the vehicle and tried to brake but it didn’t significantly slow. Police allege roadway evidence from the scene does not support his account.

The driver also allegedly claimed he only knew about four passengers and didn’t know when the fifth one entered the car.

Following the court mention on Thursday, Edwards was taken to Silverwater’s Metropolitan Remand and Reception Centre.