Friends who filmed a prankster who snuck into an aquarium for a swim at a popular zoo have no regrets and plan to do it again, despite threats of legal action.

Sydney Zoo has reported the incident to police and vowed to take legal action over the group’s ‘unacceptable’ and ‘offensive’ behaviour.

The new tourist attraction near Blacktown in Sydney’s west became aware after footage by the man’s friends went viral online.

Richie Chaalan, who filmed the footage of his mate ‘Mak’ underwater makes no apologies for Monday’s aquarium intrusion, claiming to Daily Mail Australia Sydney Zoo is in the wrong.

Mr Chaalan can be heard laughing as he captures the diverse range of aquatic animal life inside the tank.

He soon becomes distracted by the antics of his mate Mak as he swims into view.

‘What the f*** is that,’ Mr Chaalan says as he laughs hysterically while the aquarium intruder ducks and dives in and between the fish.

Another friend can also be seen filming Mak’s antics.

‘My friend is a big fish lover and thought it would be good idea to jump in while we were visiting the zoo,’ he said.

‘We have no regrets and are hoping to do it again.’

He was unfazed about threats of police and legal action and accused Sydney Zoo of animal cruelty.

‘They’re the ones in the wrong by entrapping aquatic life against their will,’ he said.

‘I don’t think they found out yet,’ Mr Chaalan commented online after a friend asked what happened to the aquarium intruder.

‘I can’t believe he done that,’ he captioned the footage.

The video sparked an angry response from Sydney Zoo, which slammed the men involved. 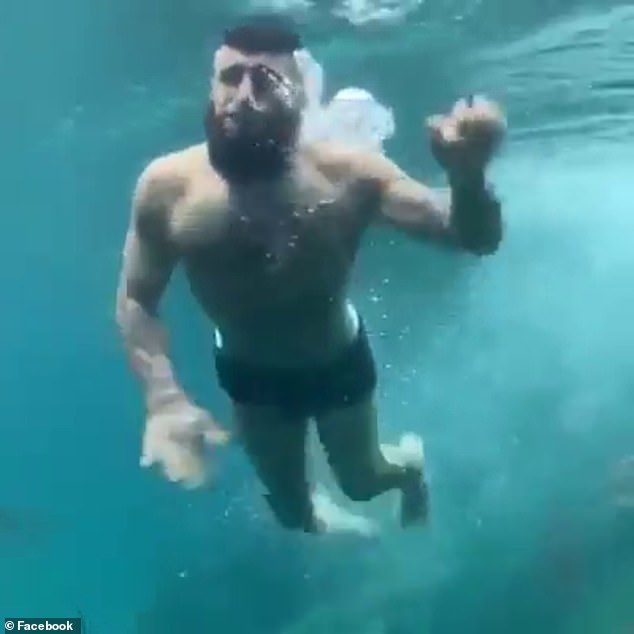 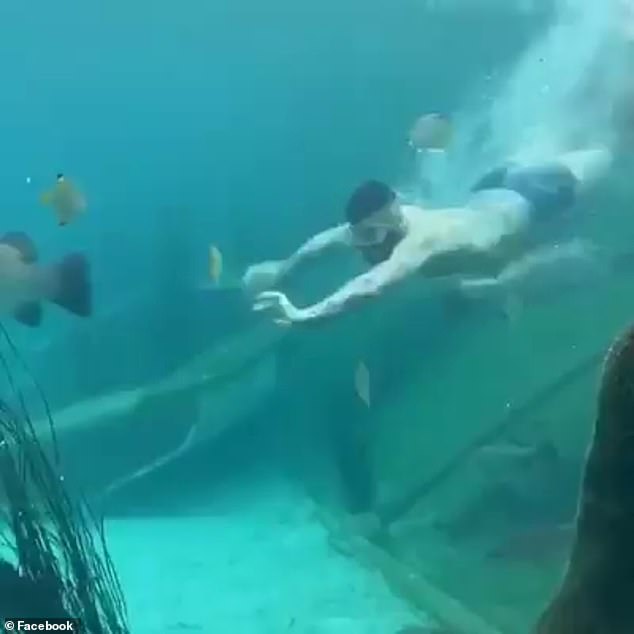 ‘Your behaviour is unacceptable and completely idiotic,’ the zoo posted online.

‘You are trespassing and we have reported you to the police, who will contact you shortly.

‘Your conduct is offensive. You’ve jumped a safety barrier to get into this position and you have compromised the welfare of our precious animals.

‘Our lawyers and the police will be taking further action.’

‘This not only jeopardises their own safety but more importantly the welfare of the animals at Sydney Zoo,’ he said.

‘Blacktown Area Command have an active investigation into this matter.’

‘Police have been told the man entered the aquarium section of the zoo about 3pm yesterday (Monday 27 July 2020), before swimming in the tank, a spokeswoman told Daily Mail Australia.

‘The zoo was open at the time.’ 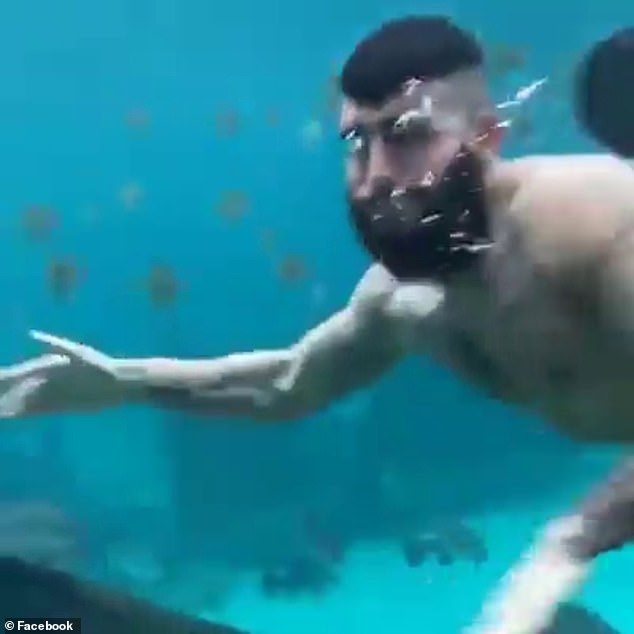