A notorious rapist will soon be released from jail to live in a secret tax-payer funded house without supervision.

Robert John Fardon will have his housing paid for and the location kept hidden to avoid a repeat of the Dennis Ferguson saga in which the rapist was constantly followed and harassed by vigilante groups after his release.

The Queensland Government lost an appeal on Monday to keep sex offender Fardon in supervised conditions.

Queensland Council for Civil Liberties vice-president Terry O’Gorman had argued the government should be concerned for Fardon’s welfare ahead of his October release, the Gold Coast Bulletin reported.

Fardon, who has an extensive history of sexual offending, including raping a 12-year-old girl at gunpoint, was jailed in 1989 for the rape of a woman.

Notorious rapist Robert John Fardon (pictured) will no longer be subject to curfews, counselling or restrictions on where he can live

His full-time release date for that offence was in 2003, but he was kept locked up after being deemed too dangerous to be in the community.

He was finally released on a supervision order in 2006, which he repeatedly breached before being thrown back in jail in 2008 on another charge of rape.

That conviction was later overturned on appeal.

Fardon will be officially released from custody in October, meaning he will no longer be subject to curfews, counselling or restrictions on where he can live.

With this freedom comes a wave of criticism from the likes of child safety advocates, and the Morecombe family.

Mr O’Gorman said he feared ‘a repeat of the Dennis Ferguson vigilante fiasco when Ferguson was released from jail and was then hounded from one town and one address to another’. 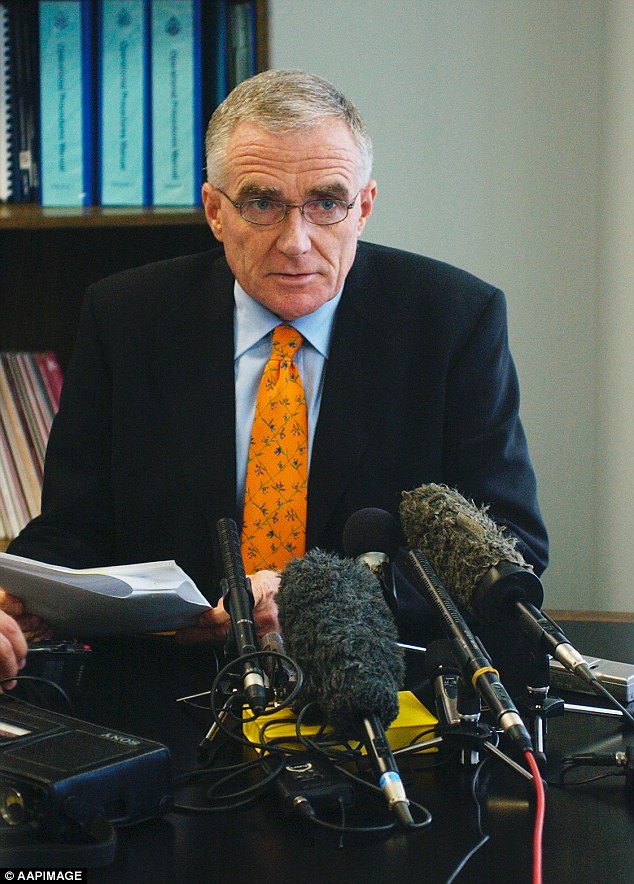 Ferguson served 14 years in jail in Queensland for the abduction and sexual assault of three children.

‘In light of the media hype over the last two days surrounding the imminent release of Fardon, the Attorney-General and the Corrective Services Minister must not give in to demands that if released next month Fardon’s address should be made public.’

While Fardon has been determined as low-risk in relation to re-offending, Mr O’Gorman believes the onus is on the government to ensure he is well-equipped with a support service and housing when he is released.

‘It is incumbent on the Corrective Services Minister to provide financial assistance to Mr Fardon on his release both for continued counselling and suitable accommodation in order to make good in practice the psychiatric opinion on which Justice Jackson acted earlier this week, namely that Fardon poses a low risk of re-offending.’

He has been living under a supervision order for the last four years, and his exact location was kept secret.

It is believed he was living with other sex offenders near a southeast Queensland jail.

The government’s lawyers had argued Fardon remained a danger to the community without the order, which gave him support in times of stress, frustration and anger.

In dismissing the application Justice David Jackson said psychiatric evidence showed Fardon’s risk of reoffending was low, and that he had shown a strong desire to remain out of prison.

Justice Jackson ruled there were ‘not reasonable grounds’ for believing he was an unacceptable risk if released.

1967 – Convicted at 18 for attempted carnal knowledge of a girl under 10. Released on a good behaviour bond.

2018, August – Court denies a Queensland government bid to extend a supervision order governing how Fardon lives in the community. It expires in October.