Amy Schumer has been hospitalized while struggling with severe morning sickness.

The pregnant comedian, who is in her second trimester, posted a photo from her hospital bed while informing fans that she has been forced to cancel her Texas gig.

The 37-year-old and husband Chris Fischer are expecting their first child together.

She told fans she feels ‘very lucky to be pregnant’, but added: ‘This is some bullsh*t!’

Amy had previously revealed she been having a ‘really tough pregnancy’ had been ‘puking every day’.

She is not alone in struggling with Hyperemesis Gravidarum (severe morning sickness) – Duchess Kate also suffered the condition during her three pregnancies.

Struggling: Amy Schumer revealed she has been hospitalized with severe morning sickness during her second trimester of pregnancy on Thursday

Amy told her fans: ‘Texas I am so deeply sorry. I have been really looking forward to these shows. I have to reschedule. I am in the hospital. I’m fine. Baby’s fine but everyone who says the 2nd trimester is better is not telling the full story.

‘I’ve been even more ill this trimester. I have hyperemesis (sic) and it blows. Very lucky to be pregnant but this is some bullsh*t!

‘Sending so much love to the doctors and nurses taking great care of me and Tati! They are cool as hell! And Texas I am really really sorry and I’ll be out there as soon as I’m better.’

On Wednesday, the comedienne attended a Times Up event with the organization’s CEO Lisa Borders, Cindi Leive, Opal Ayo Tometi and others.

Amy thanked the women in an Instagram post, as well as ‘my body for not puking most nights from 7-10!’ 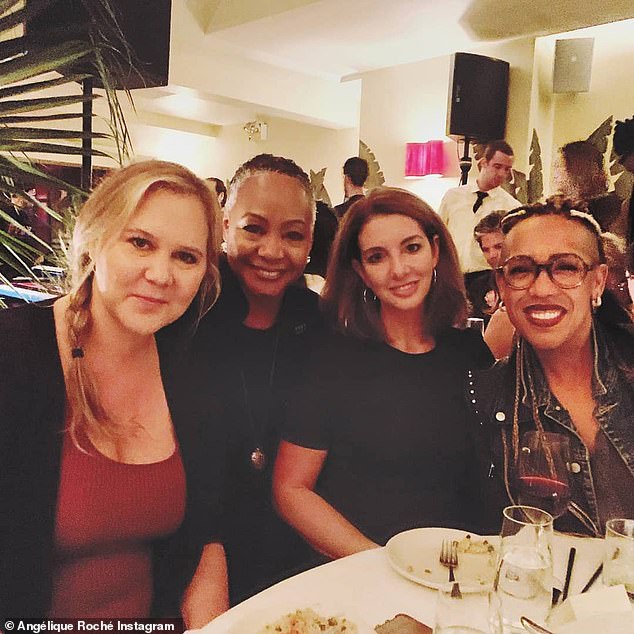 Hanging in there: In an Instagram post taken at a Times Up event on Wednesday, Amy thanked ‘my body for not puking most nights from 7-10!’ 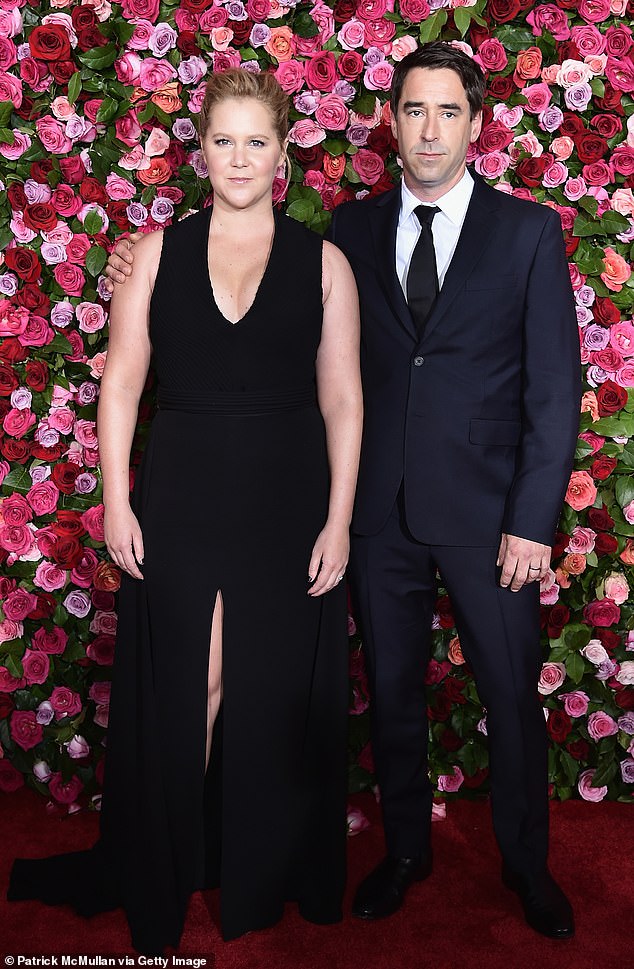 Parents-to-be: The 37-year-old and husband Chris Fischer are expecting their first child together. The couple are seen here in June 2018 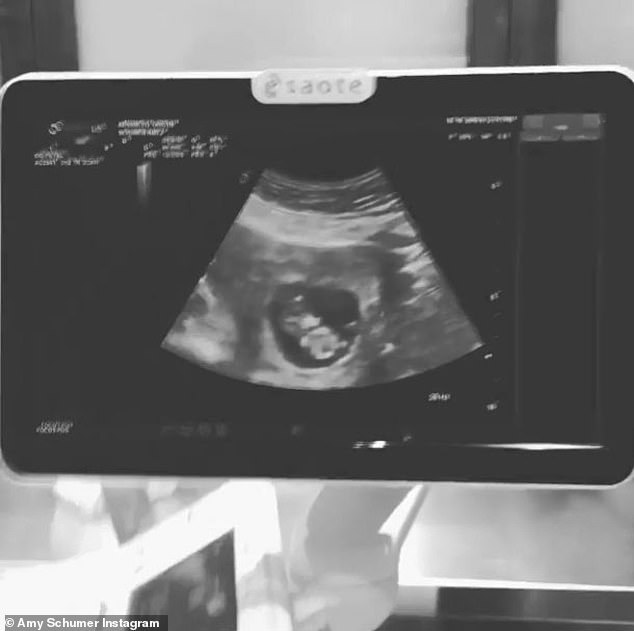 Ultrasound: She told fans she feels ‘very lucky to be pregnant’, but added: ‘This is some bullsh*t!’ 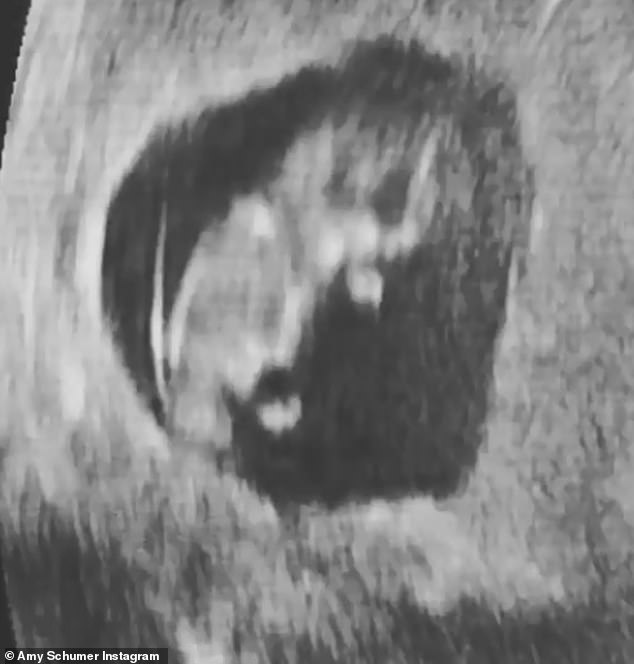 Already a troublemaker: Amy had previously revealed she been having a ‘really tough pregnancy’ had been ‘puking every day’

Speaking at her comedy show in Las Vegas earlier this month, she shared: ‘I don’t like it. I’ve had a really tough pregnancy so far.’

However, that didn’t stop the star from cracking jokes about expecting a new member of the family.

She quipped: ‘You know who it’s not fun to be pregnant at the same time as? Meghan Markle! She’s walking around in heels and cradling her baby that’s not even there, and I’m barely wearing underwear.’

Bumping along nicely: Amy showed off her bump while speaking at a recent event

WHAT IS HYPEREMESIS GRAVIDARUM?

Hyperemesis gravidarum (HG) is defined as severe nausea and vomiting during pregnancy.

Celebrities who’ve been open about their own battles with HG include:

It affects up to two percent of pregnant women.

HG symptoms usually appear between weeks four and six and peak at 9-to-13 weeks.

Up to 20 per cent of sufferers experience symptoms up to weeks 14-to-20, however, most have relief in the later stages.

Unlike morning sickness, which affects up to 80 percent of pregnant women, HG causes severe dehydration and prevents sufferers from keeping any food down.

Some HG cases require hospitalization where women can receive IV fluids and nutrition.

HG’s cause was thought to be hormonal, however, research suggests it may be due to genetic variations.