A pregnant Australian woman caught in Italy’s coronavirus lockdown has described the terrifying reality of daily life there.

Sally Davies, who works in Milan’s fashion industry, is holed up in her apartment banned from all movement except for essential trips to the supermarket or pharmacy.

The 35-year-old, who has lived in Milan for 12 years and is expecting her first child in August, admits the situation is concerning because of her elderly in-laws.

Sally Davies (pictured), 35, from Melbourne, Australia is holed up in her Milan apartment following the sweeping anti-coronavirus measures introduced in Italy earlier this week 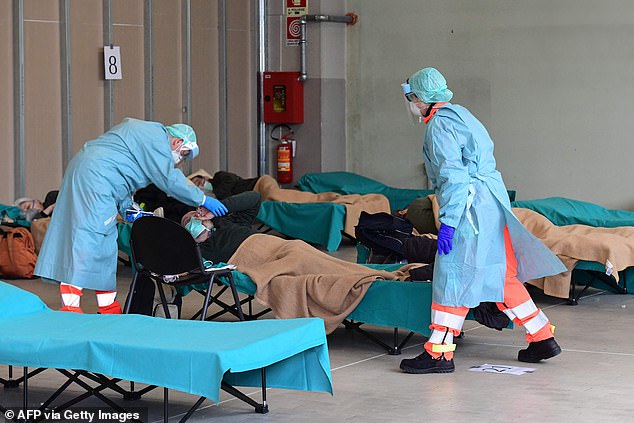 Italy has 17,700 confirmed cases of coronavirus.  Here, hospital employees (pictured) tend to patients at an emergency structure set up outside an accident and emergency department in Brescia Hospital, Lombardy 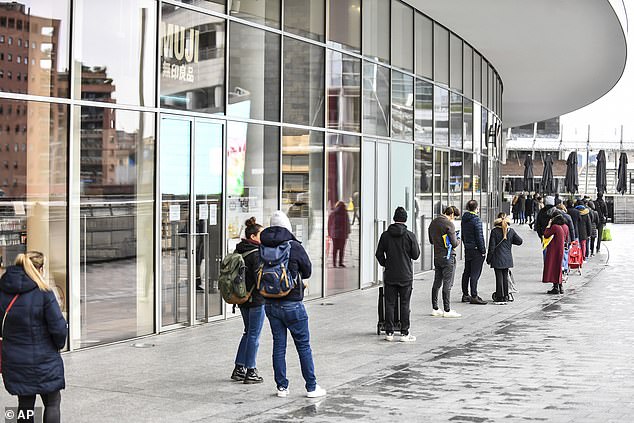 ‘He has an underlying heart problem and doctors are saying people with pre-existing medical conditions are not being given priority.’

Davies has been working from home as the lockdown gripping Italy tightens, and describes long lines at supermarkets where people must stand at least one metre apart.

Supplies of toilet paper, however, are not in short supply, with the Aussie ex-pat joking she could start a business sending the precious resource back to Australia.

‘You can still get toilet paper, but face masks and hand sanitiser are in short supply,’ she said. 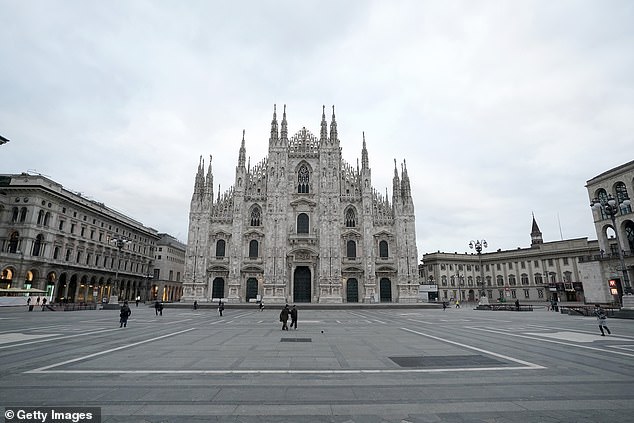 Milan’s tourist hotspots, such as the Piazza Duomo (pictured) are almost deserted following the Italian government’s sweeping response to the coronavirus threat

Her comments come following the severe toilet paper shortages throughout Australia following a run on the nation’s supermarkets by people scared by the coronavirus.

One of the world’s worst hit countries, Italy has lost 1266 people to coronavirus and has confirmed a further 17,770 cases.

The World Health Organisation announced on Friday that Europe was now the epicentre of the coronavirus, with WHO head, Dr Tedros Adhanom Ghebreyesus, urging countries to save lives using aggressive measures, community mobilisation, and social distancing. 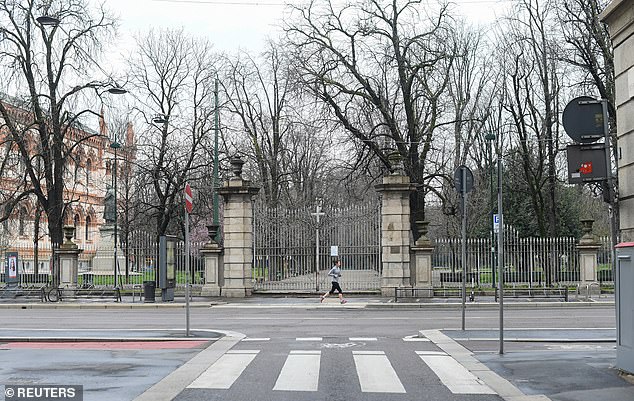 Streets, and parks (pictured) are mostly deserted in Milan as the Italian government continues restrictive movement measures to combat the coronavirus outbreak

Following Italy, Spain announced on Saturday (CMT) that it was locking down its 46 million people.

The country’s citizens will be allowed to leave their homes only to buy food and medicine, commute to work, take trips related to the care of the young and elderly, and to go to hospitals and banks.

Spain, which is the worst hit European country after Italy, has had 136 deaths, and its authorities announced that its number of infections has climbed past 5700.

France has recorded at least 3,600 infections, and has already shut down all its major tourist attractions and will close all restaurants, cafes, theatres and nonessential shops beginning on Sunday.