Kellie Tandy, 38 and from Essex, was today jailed for three-and-a-half years after causing the death of 74-year-old Ronald Ramsey at around 4.20pm on Thursday, May 11 last year

A pregnant motorist is to face giving birth in jail after she killed a grandfather while driving at almost twice the speed limit with her young child in the back.

Kellie Tandy, 38, was travelling at up to 66mph with her two-year-old son in a red Volkswagen Touareg moments before she swerved into 74-year-old Ronald Ramsey.

She was today at Chelmsford Crown Court jailed for three-and-a-half years after admitting causing death by dangerous driving.

Mr Ramsey asked paramedics fighting to save him to tell his wife of more than 50 years Pauline that he loved her before he died at the scene.

He had been walking his dog when Tandy approached the junction near the Hoy pub in St Osyth, Essex at around 4.20pm on Thursday, May 11 last year.

An Audi had stopped at the crossroads – in a 30mph zone – and she swerved to avoid it but crashed into Mr Ramsey and then the pub.

The car was embedded so far into the building it was close to the bar.

Emergency workers who attended the scene in May said Tandy was volatile and irrational and believed she smelt of alcohol – although she has always denied being drunk. 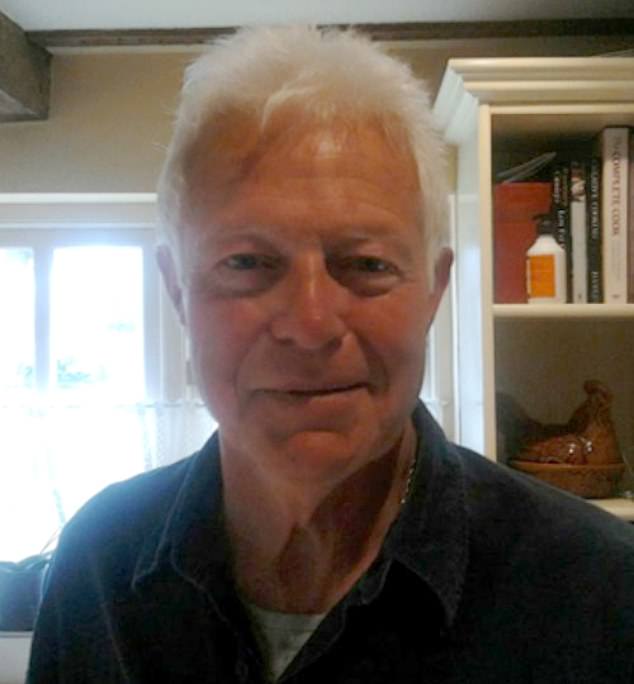 Ronald Ramsey (pictured), 74, asked paramedics fighting to save him to tell his wife of more than 50 years, Pauline, that he loved her before he died at the scene. He had been walking his dog when Tandy drove into him at speed

She was taken to Colchester General Hospital for treatment to her own injuries but refused to give a blood sample to be tested.

An investigation found the Toureg she had been driving was travelling between 58mph and 66mph along the road.

On the final approach to the junction, officers calculated the car was travelling at around 51mph.

Tandy, of Clacton, Essex admitted causing death by dangerous driving, driving without insurance and failure to provide a specimen.

She was jailed for three-and-a-half years.

The pregnant mother-of-one is expecting another child in February.

She has previous convictions for driving with excess alcohol and failing to provide a specimen. 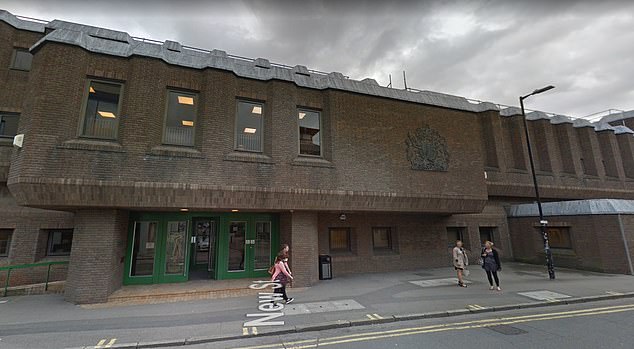 Tandy was sentenced at Chelmsford Crown Court today (pictured), where Judge Jonathan Seely said she would have to live with what she has done for the rest of her life

Passing sentence at Chelmsford Crown Court today, Judge Jonathan Seely said Tandy would have to live with what she had done for the rest of her life after killing a loving husband, doting father and grandfather.

Alongside her jail term, Tandy will be banned from driving for three years after her release from jail but plans never to get behind the wheel again.

In a statement, Mr Ramsey’s family said: ‘There can never be justification for causing this much agony, hurt and devastation to a family and we would like to thank Essex Police officers for their assistance.’

‘She was driving dangerously, with a young child on board, showing a blatant disregard the safety of others.

‘Ronald Ramsey was walking his dog, minding his own business, when he was hit by the car Tandy was driving.

‘No sentence will ever bring him back but I hope the fact Tandy is going to prison and won’t be able to get behind the wheel for some time will be of some solace.’