And Eva Longoria sure rocked her bump in a Mama Bear shirt as she got to work on the set of Grand Hotel on Monday.

The actress turned director is working behind the scenes on the show, which is filming in Miami.

Meet Mama Bear! Eva Longoria rocks her bump as she gets to work behind the scenes on new show in Miami on Monday

Mom’s new wardrobe: Busy Eva teamed her message T-shirt with a cap and leggings, and practical sneakers as she rushed around directing the action

Busy Eva teamed her message T-shirt with a cap and leggings, and practical sneakers as she rushed around directing the action.

Actress Roselyn Sanchez was wearing a dress for a wedding scene during the filming. 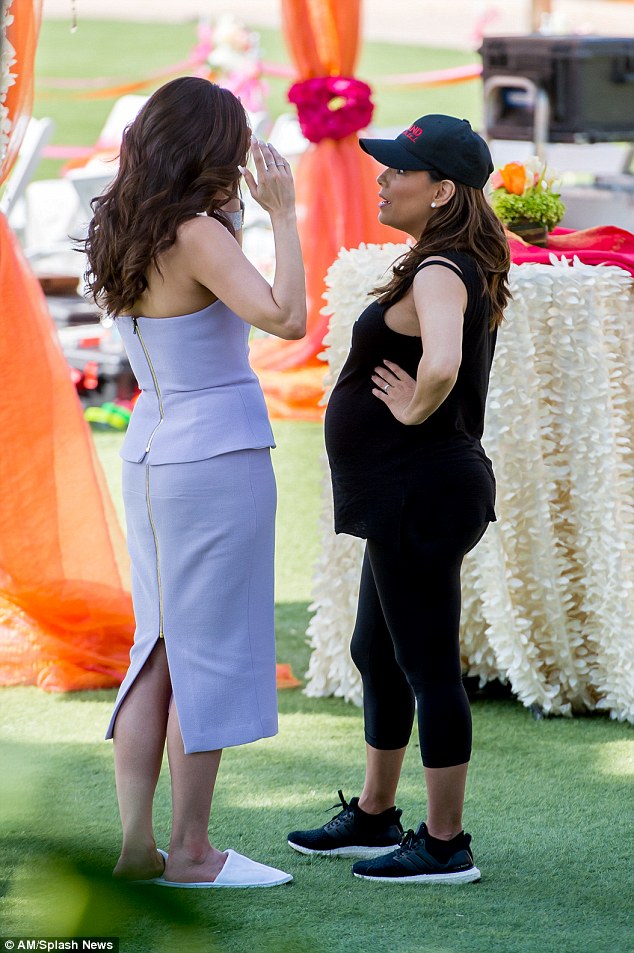 Working mom: Actress Roselyn Sanchez was wearing a dress for a wedding scene

She told Entertainment Tonight she was so busy she sometimes forgot she was pregnant.

‘I have been working, so sometimes I wake up and I forget I am pregnant. Like this morning, I was like, “Oh my god, I am late!” and then I was like, “Why can’t I get out of bed?” and I was like, “Helppp!” 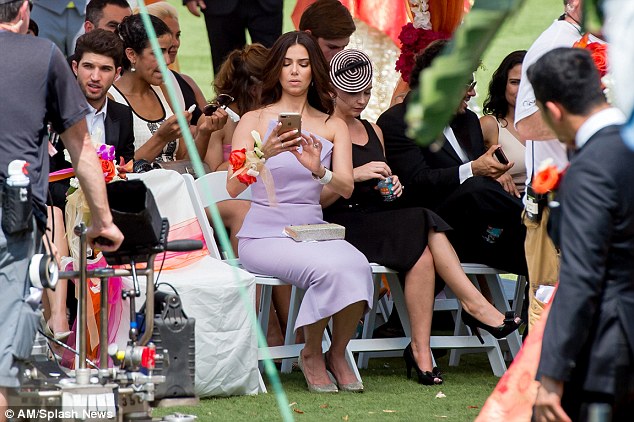 Phone home: The wedding scene is seen during filming 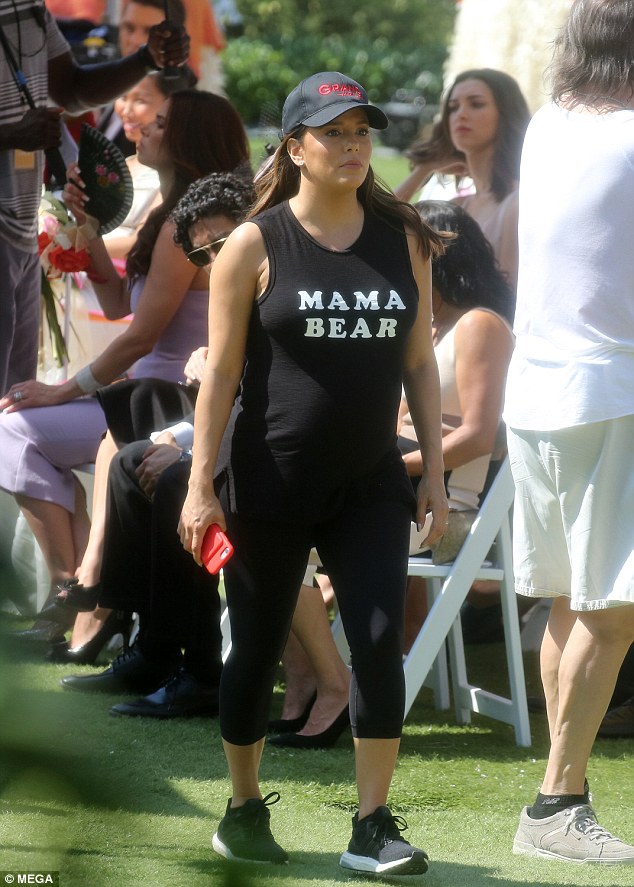 Eva’s the boss: The actress turned director is working behind the scenes on the show, which is filming in Miami

Meanwhile, Eva previously revealed she feels it is important to teach her unborn son to ‘applaud and honour’ feminism.

She said: “We have this wonderful wave of future feminists coming into this world with a different view of what this global community we live in should look like.

‘I’m so excited that I’m having a boy because I think the world needs more good men. This boy, my son, will be surrounded by very strong, educated, powerful women and I think it’s important that he sees those types of role models in his life so he knows how to support it, how to applaud it and how to honour it…

‘Having my life now with my son and living it with him is great. When I’m directing he is with me, at the Golden Globes he is with me. [It] makes me very happy.’ 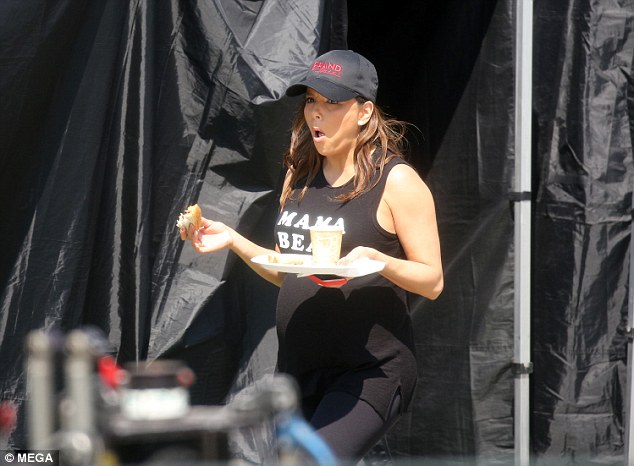 Refueling: Eva stopped for food during the busy day in the sunshine