PICTURE EXCLUSIVE: Pregnant Katy Perry looks in full bloom while splashing around in strapless swimsuit.. while fiance Orlando hits the Malibu waves on his hydrofoil board

She is just weeks away from welcoming her first child into the world, but that doesn’t mean Katy Perry can’t have some fun in the sun with her fiance Orlando Bloom.

The pop star, 35, put her growing baby bump on full display as she splashed around the Malibu surf on Sunday in a strapless fuchsia swimsuit.

As Katy ventured out into the water, Orlando, 43, explored the coastline on his hydrofoil board. 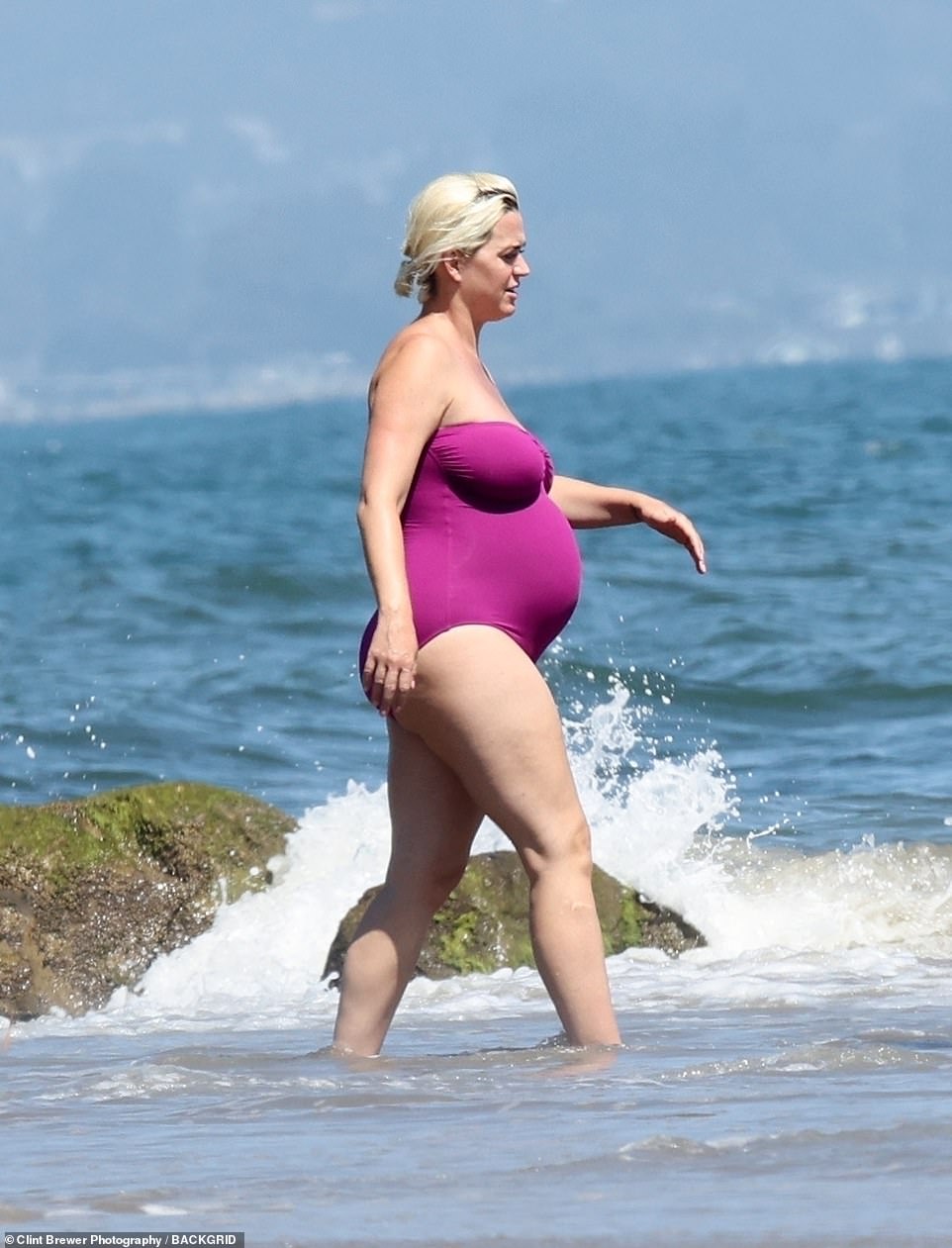 Making a splash! Katy Perry put her growing baby bump on full display as she splashed around the Malibu surf on Sunday in a strapless fuchsia swimsuit

Whether he was enjoying a cool beverage or taking to the waves on his board, the actor looked like he was having the time of his life making the most of the summer weather.

Meanwhile, Katy cooled herself down with a rejuvenating dip in the ocean blue.

The star flashed a bright smile as she approached the crashing waves on her own, ready for some relief from LA’s soaring temperatures.

The American Idol judge was seen wading waist-deep into the water, before returning with a pair of swimming goggles to explore the underwater sights. 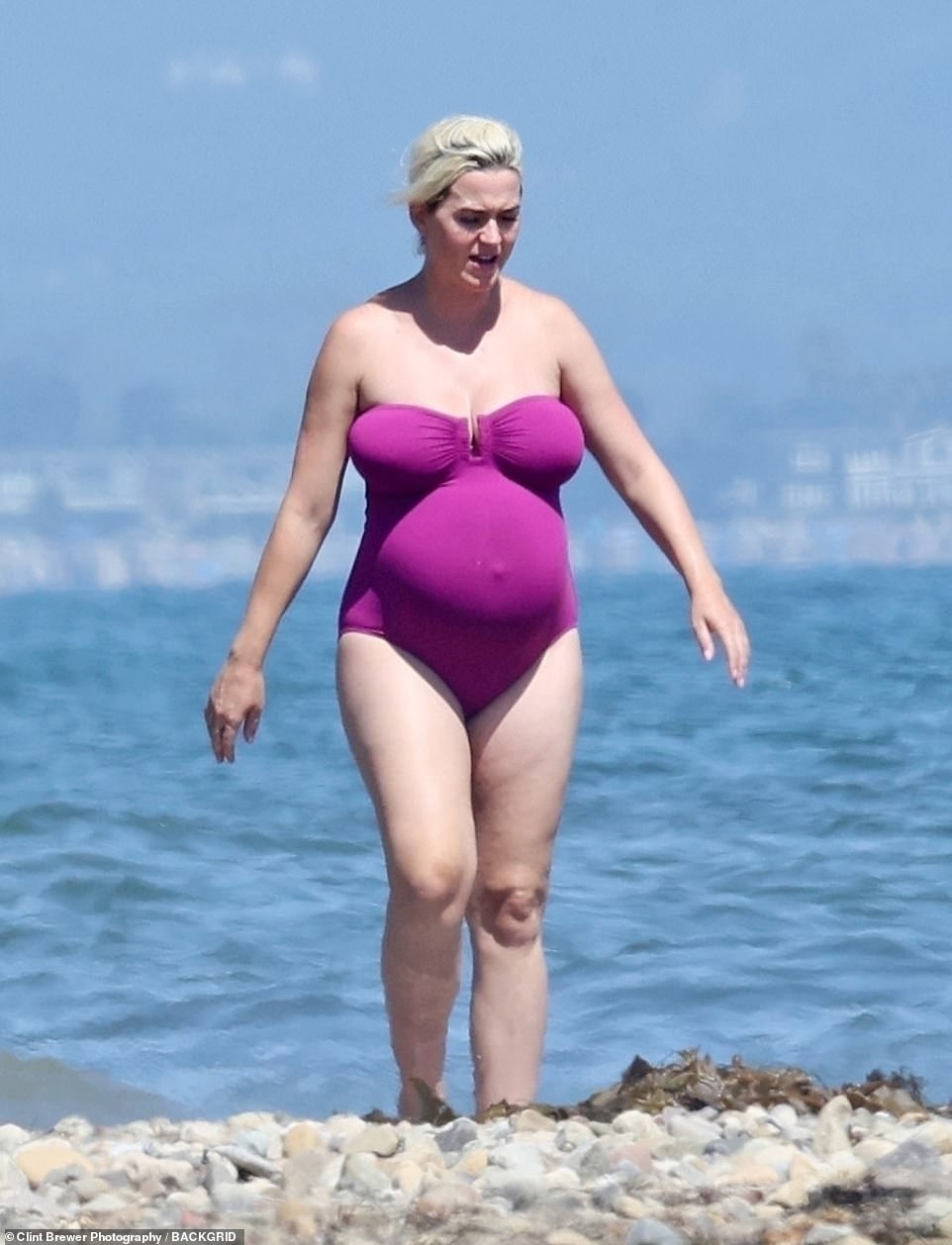 Life’s a beach! The I Kissed A Girl singer looked relaxed as she enjoyed a warm summer’s day at the beach 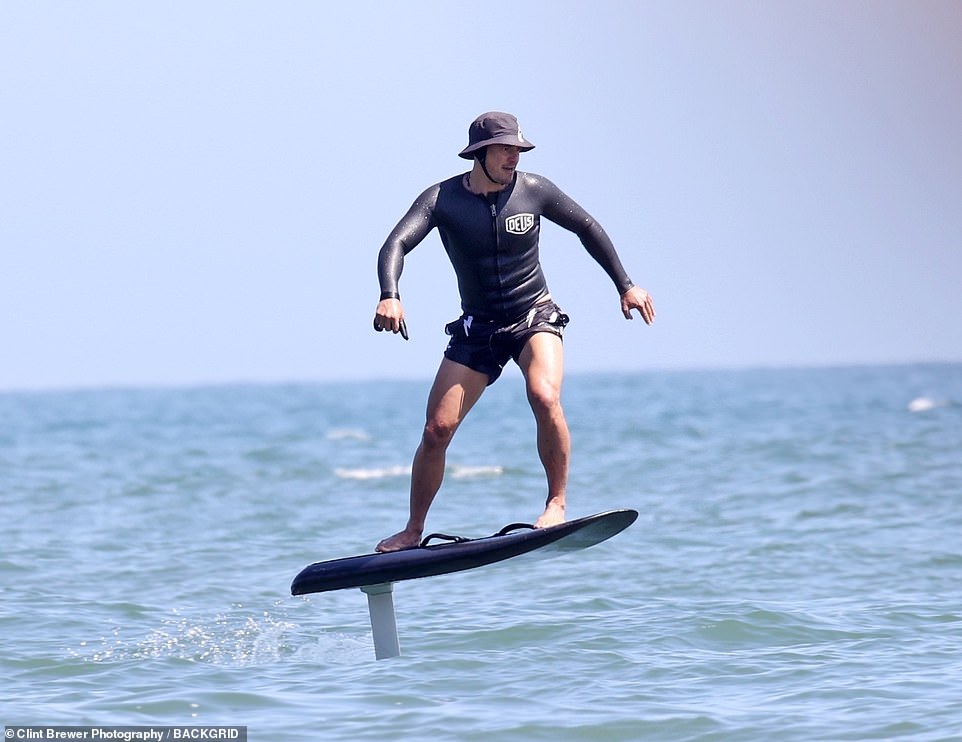 Surf’s up! Orlando Bloom hit the waves on board his hydrofoil board 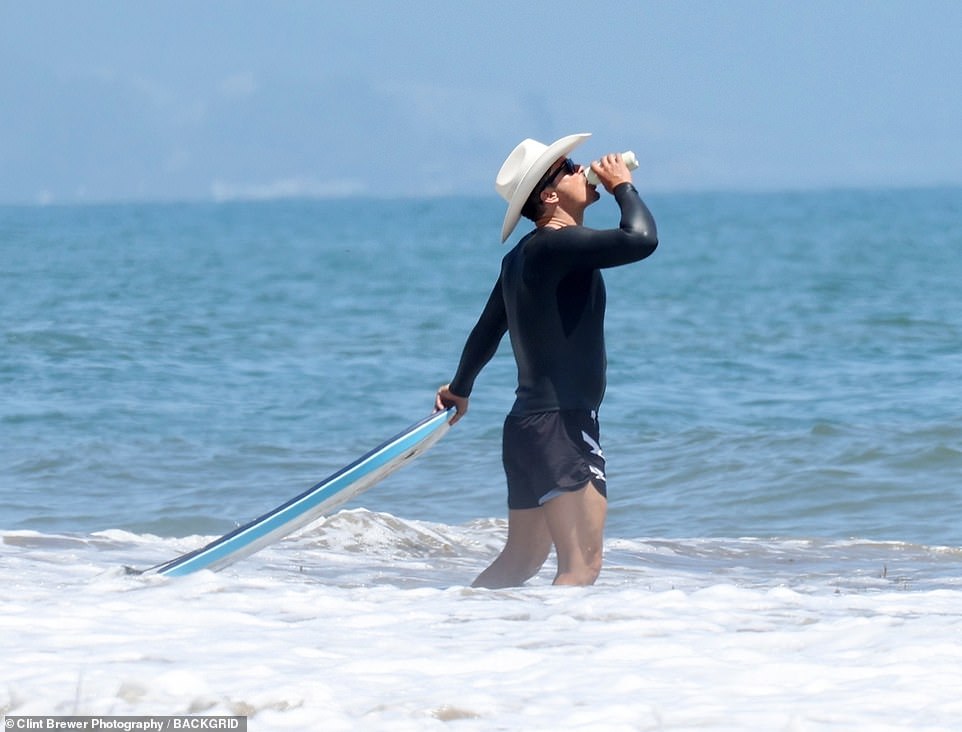 Refreshing: Bloom took a swig from his canned beverage as he dragged his board atop the waves

Making waves! The Roar singer tested out the temperature of the water 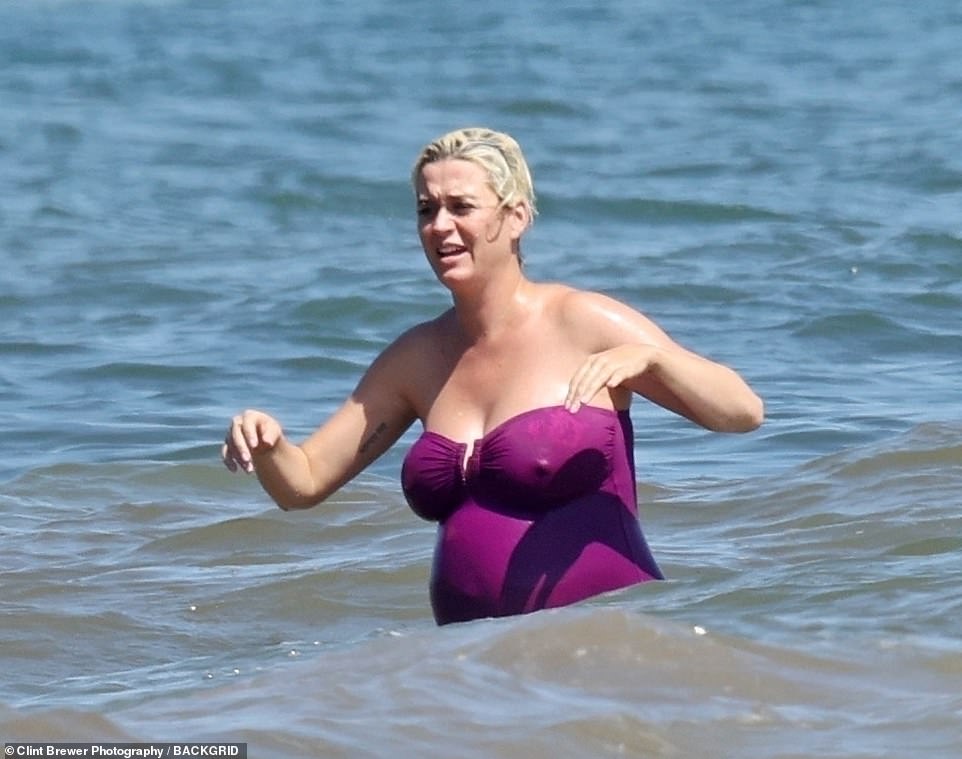 Katy was later spotted jogging out of the surf with her purple and blue goggles in hand and a head full of wet hair.

The Roar singer looked peaceful as she explored the rocky coastline with another pal gal, where they chatted briefly before heading into the chilly water together.

It won’t be much longer until Katy and her fiance Orlando will be welcoming their first child together – a daughter.

The couple are just weeks away from the baby’s birth, and have reportedly chosen Katy’s close friend Jennifer Aniston to be the child’s Godmother. 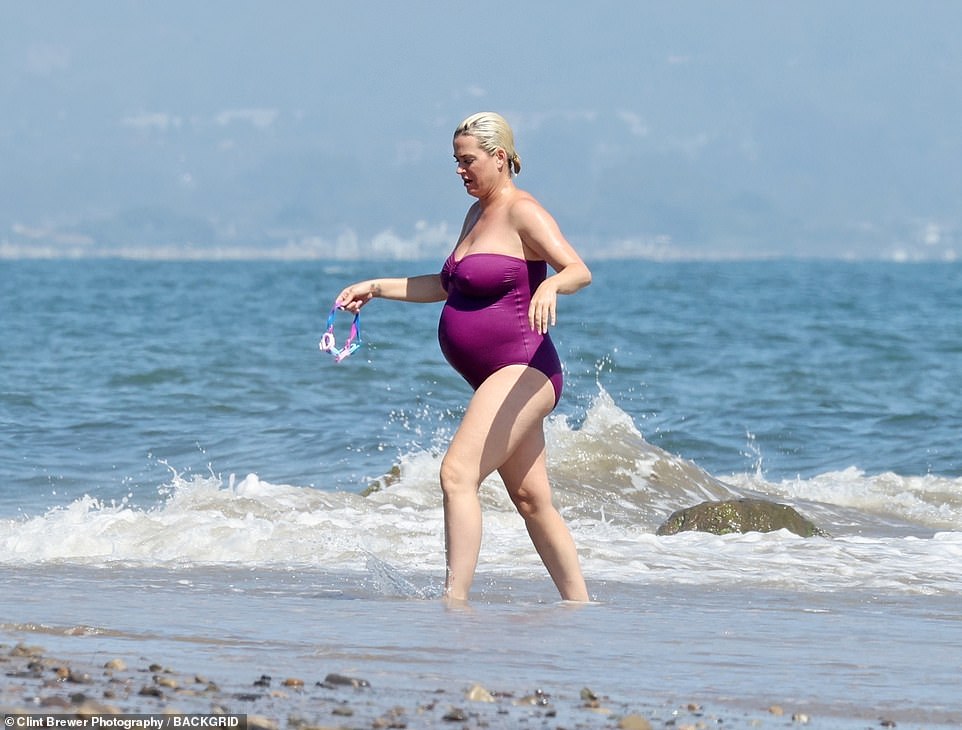 Under the sea! Perry explored the ocean with a pair of goggles 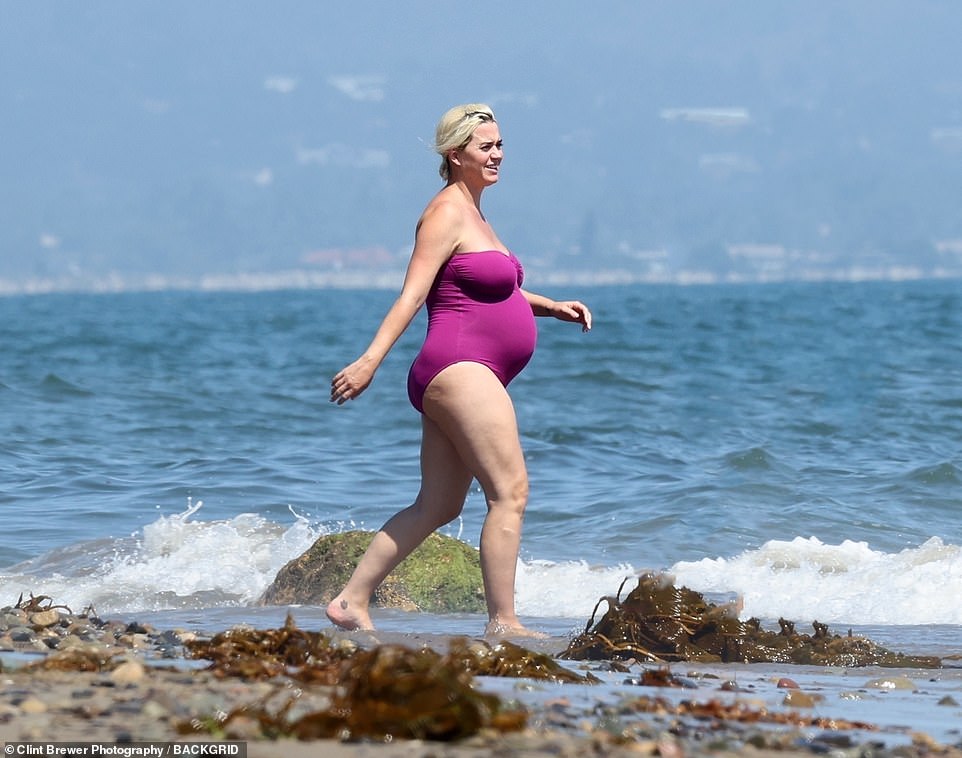 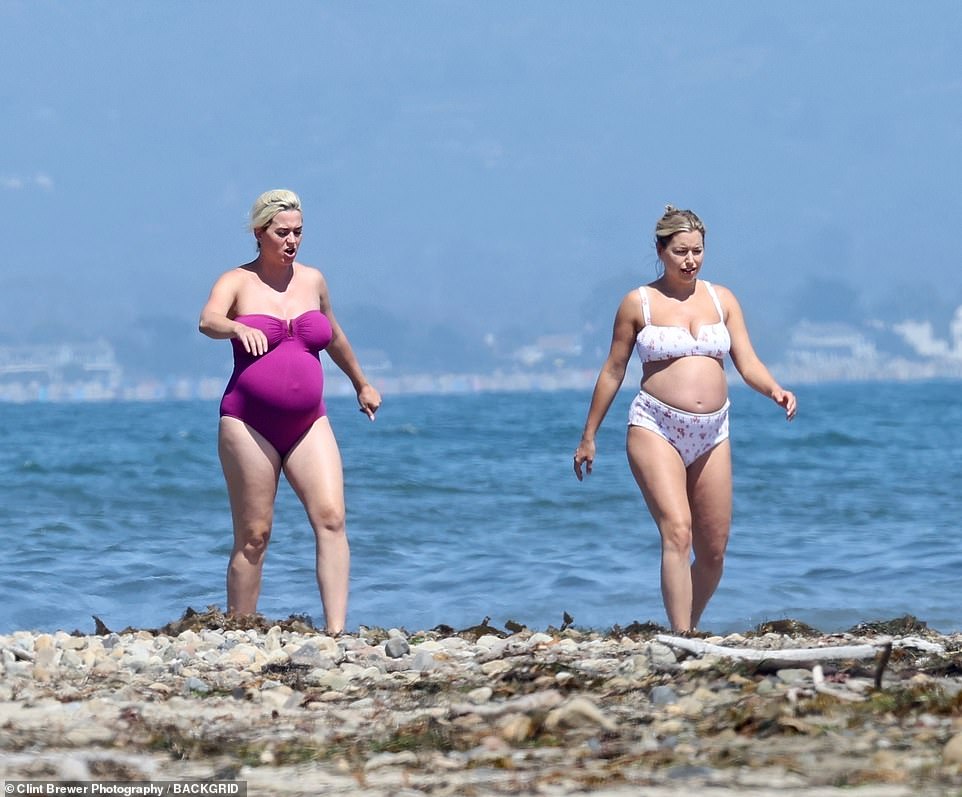 Girl time: Perry strolled upon the rocky terrain chatting with a gal pal

Baby makes three: It won’t be much longer until Katy and her fiance Orlando will be welcoming their first child together 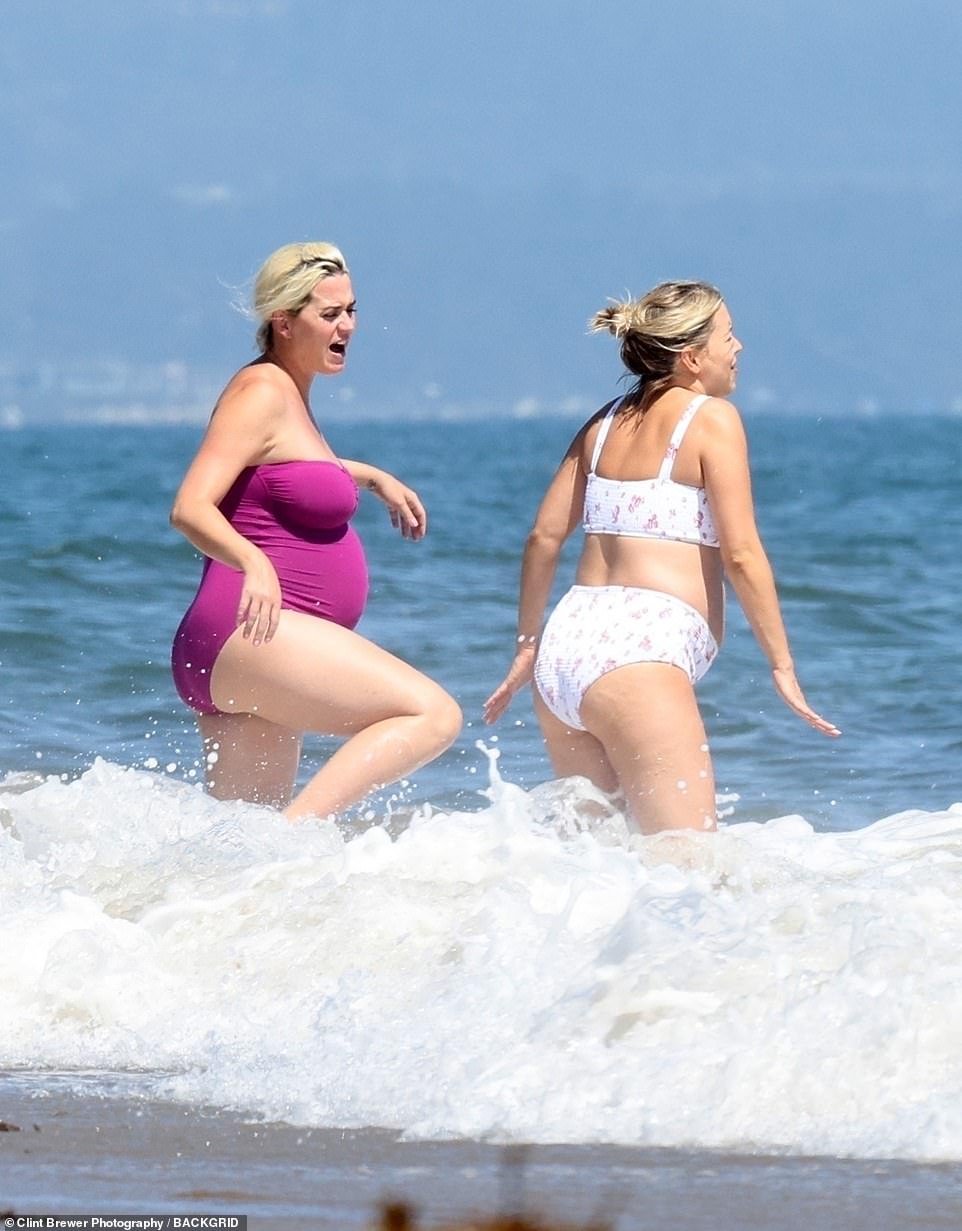 Brrr! The women appeared to be reacting to the chilly temperatures

‘[Jennifer] is pretty chuffed about it as well and cried when they asked her,’ said a source close to the trio in an interview with The Sun published Saturday.

The source claimed that Katy and Orlando placed the 51-year-old actress at the top of their list of potential godparents and ‘wept when they asked her’ to take on the role.

Aniston has allegedly provided Katy with tons of emotional support during her pregnancy and has proven her dedication to the growing family.

‘Katy and Jen are very close. During lockdown they went for socially distanced walks, and spent lots of time catching up,’ explained the insider.

Katy and Orlando have been together on-off since 2016, before getting engaged on Valentine’s Day in 2019.

This will be the first child for Katy, but Orlando also shares nine-year-old son Flynn with his ex-wife Miranda Kerr. 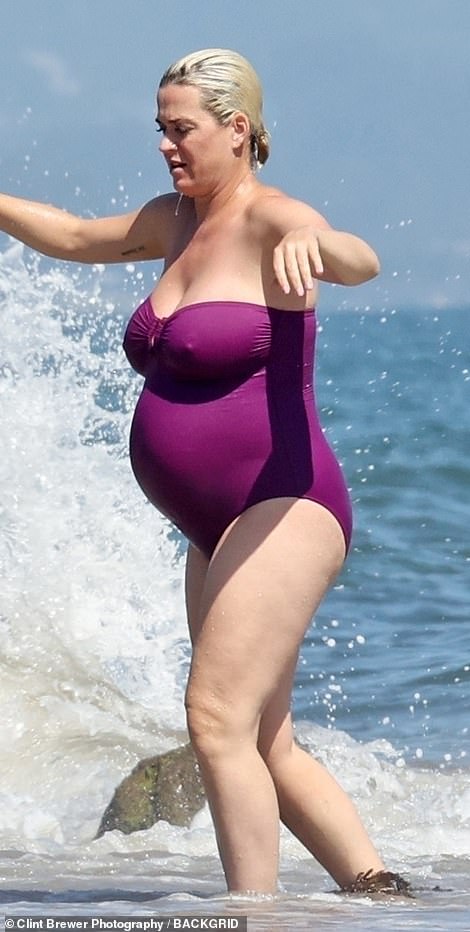 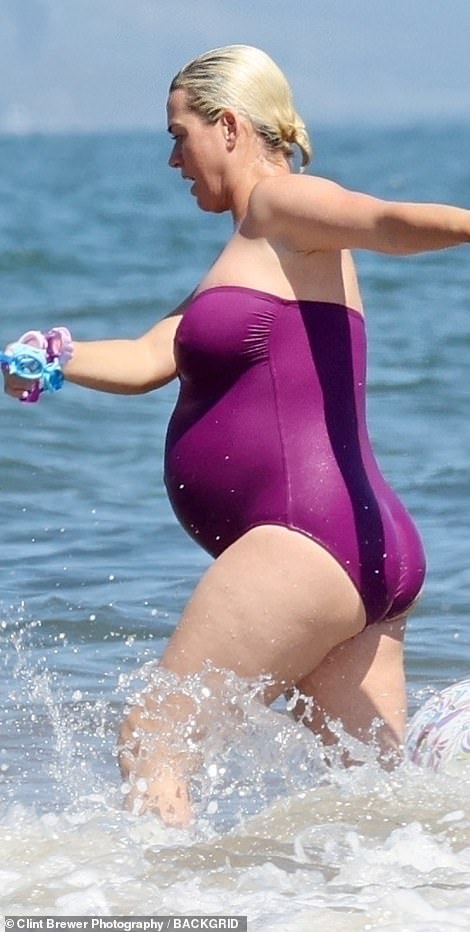 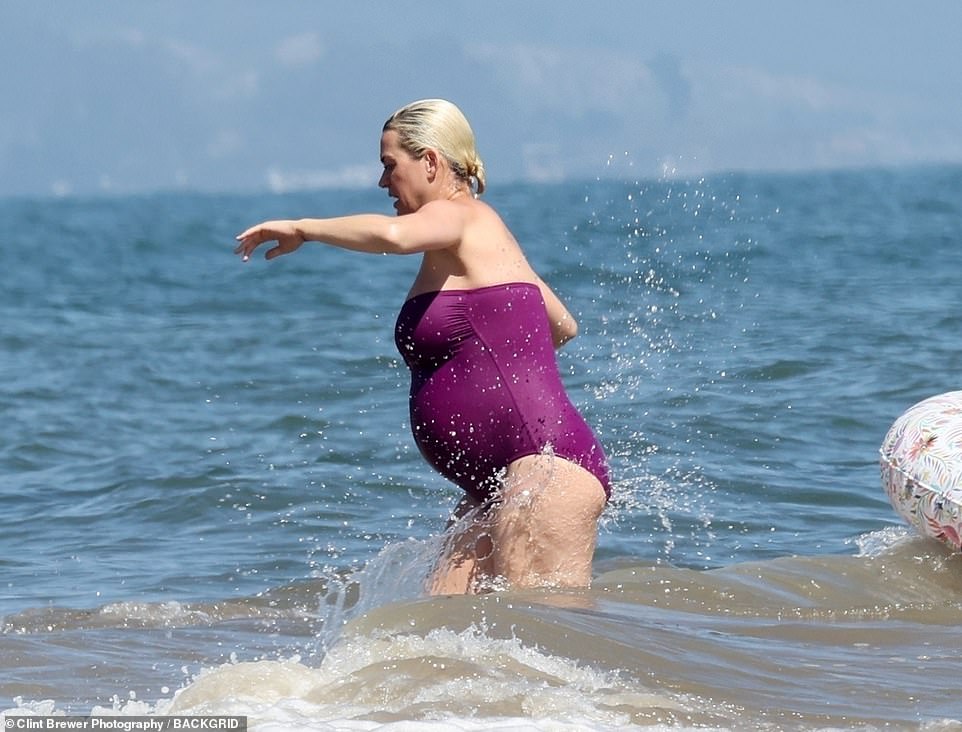 It’s an honor: The couple are just weeks away from the baby’s birth, and have reportedly chosen Katy’s close friend Jennifer Aniston to be the child’s Godmother 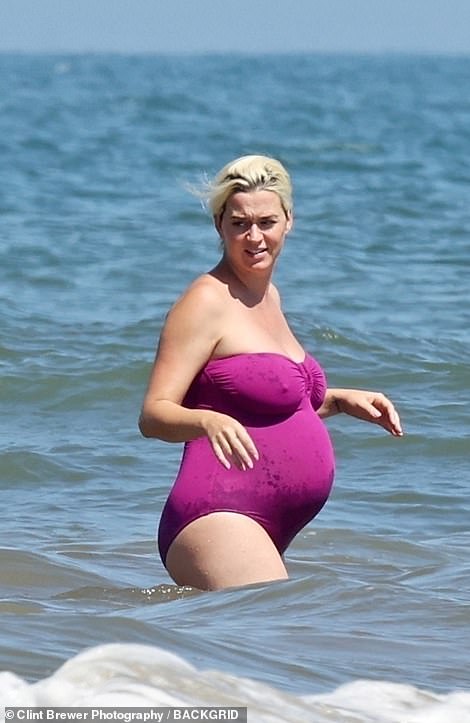 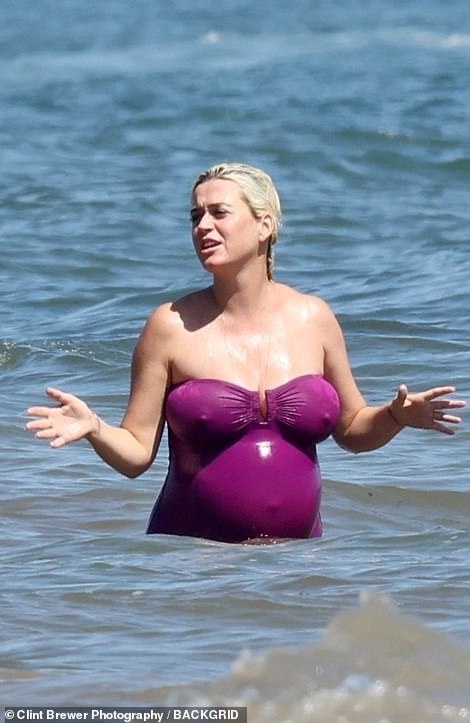 Catching rays: The pop star carefully waded into the water 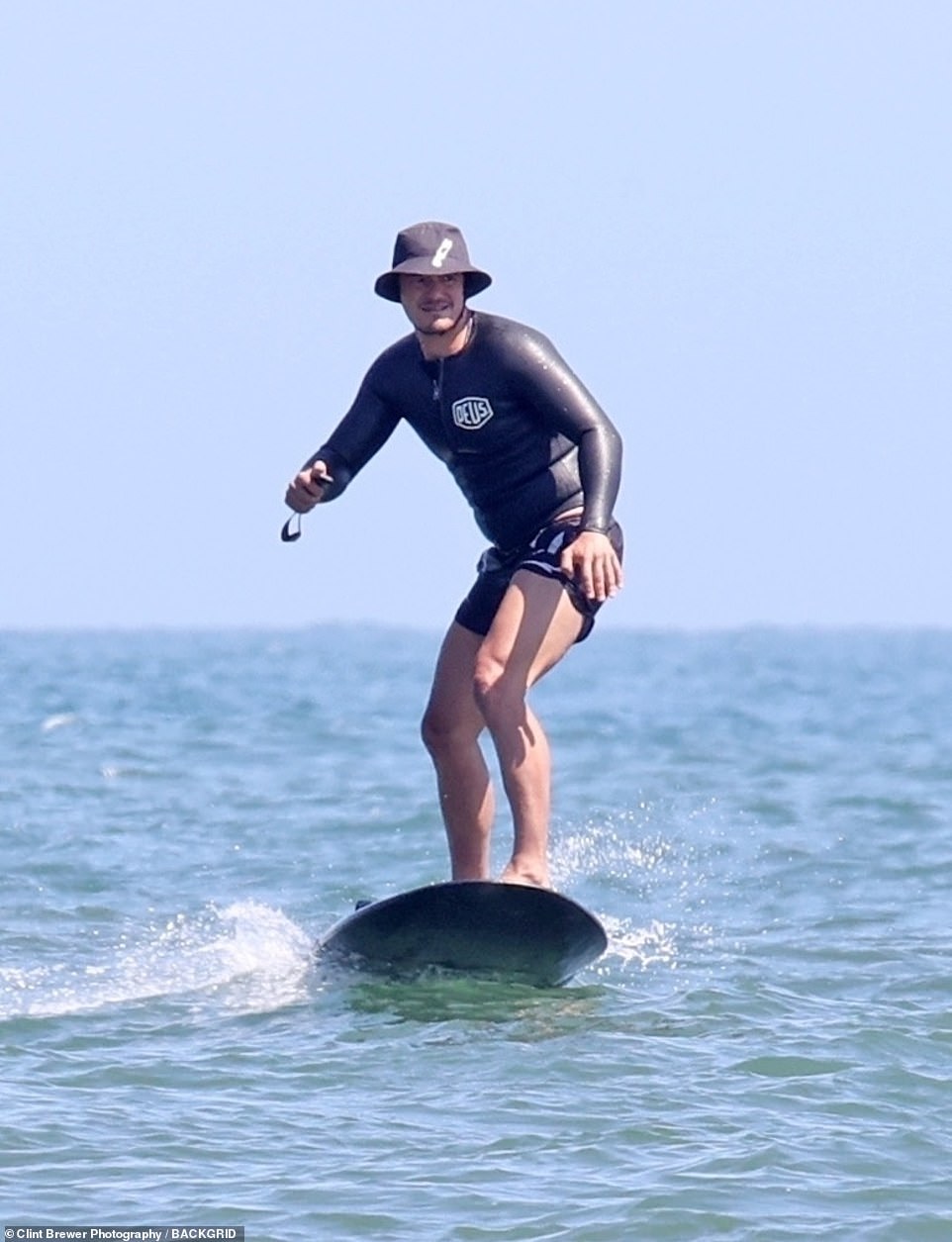 Surfing USA! Bloom effortlessly navigated the board along the coast

Yee-haw! The actor used a cowboy hat to shield himself from the sun rays