She’s counting down the days until her first child’s arrival.

And Lauren Goodger looked sensational as she stepped out in Dagenham, Essex, to buy some last minute bits for her baby girl with beau Charles Drury, 24, on Monday.

The former TOWIE star, 34, showed off her bump in a tight tan top and ensured to try her best to stay cool in the UK heatwave in a floating white midi-skirt.

Getting ready: Heavily pregnant Lauren Goodger looked incredible as she stepped out in Dagenham, Essex, to buy some last minute bits for her baby girl on Monday

Lauren appeared to be in good spirits during the outing and was seen holding onto her love’s hand as they arrived at shop Babycare of Dagenham.

She styled her white skirt with flip-flops and silver earrings as well as her large black Chanel handbag.

Never one to forget her glam, the brunette wore her long locks down and rocked a full face of makeup despite the balmy temperatures.

Dad-to-be Charles also cut a casual figure while out buying items for his daughter, donning shorts and a grey jacket as well as a navy baseball cap. 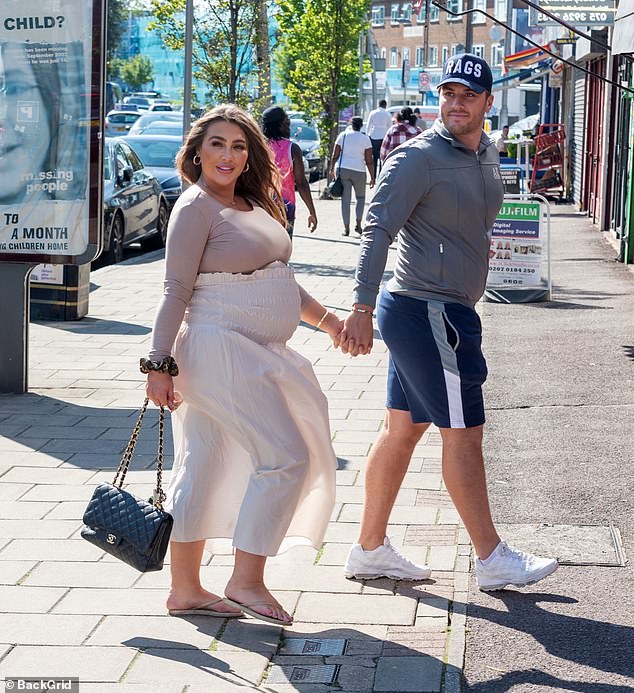 Stunning: The former TOWIE star, 34, held her beau Charles Drury’s hand as they arrived at the shop and showed off her bump in a tight top and white midi-skirt

As well as eyeing-up the selection of prams on offer, the couple were seen carrying out a sweet pink teddy bear-shaped night light.

It comes after Lauren gave a very candid insight into the final days of her pregnancy as she revealed that she has been having sex ‘all the time’ in an attempt to hurry her little girl’s arrival along.

Lauren revealed to The Sun that Charles can’t keep his hands off her curves on the lead up to the birth.

But as next week’s due date is fast-approaching, the television personality has been venting to fans about an itchy rash that has left her exhausted. 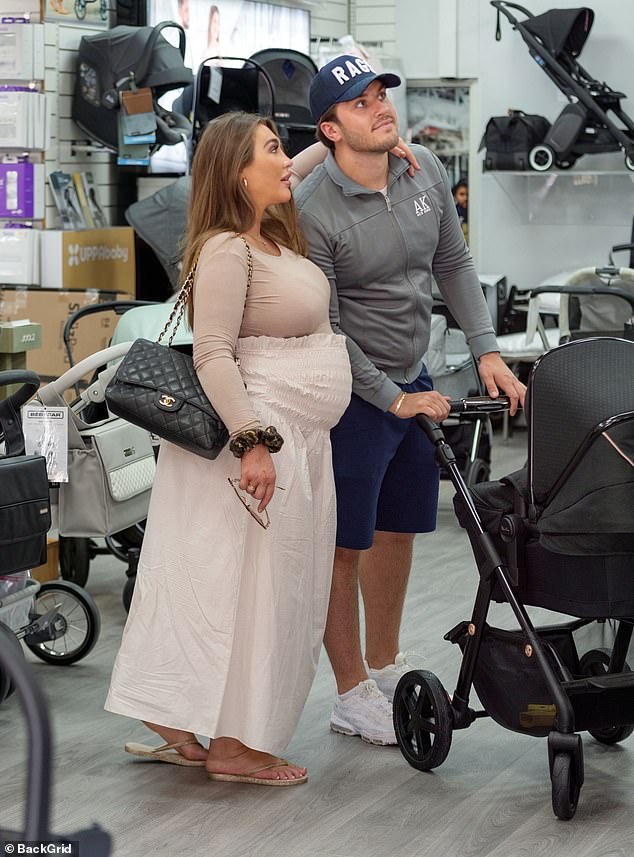 Important decision: The parents-to-be eyed-up some of the prams on offer at the baby shop before leaving with a few bags of smaller items

Although she explained that the rash can’t bring any harm to her or her baby, she hasn’t been sleeping or relaxing because of the pain.

Lauren explained that in sperm, there is a hormone that relaxes the cervix – which she needs.

She explained: ‘Before I was quite calm and now I’m like, right we need to do everything we can to get this labour coming on, I’ve got a ball, we need to have sex’.

And the columnist confirmed that there is no way the flame with her supportive partner is going to die out, with the pregnancy bringing the pair even closer.

The parents-to-be went public with their relationship in October last year and announced in January that they were expecting their first baby. 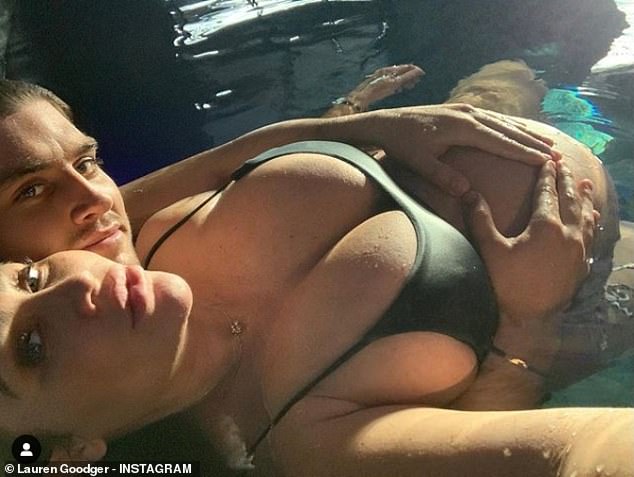 Frisky: It comes after Lauren revealed that her and Charles ‘have sex all the time’ to help bring on their baby girl (pictured together)

Admitting she is ‘very content’ for the first time in her life, Lauren shared that Charles, an amateur football player from Chesterfield, doesn’t let her fear her changing body.

‘Obviously when we first got together I was all brown and skinny with big boobs and now I’m pregnant – but he still loves me and I really feel that and he can’t wait for this baby,’ she said.

The former Only Way Is Essex star also revealed that she feels ‘lovely’ being pregnant and is very proud of her bump.

Lauren has been healthy throughout the duration of her pregnancy and looks set to have her dream birth – a water delivery at home in Essex. 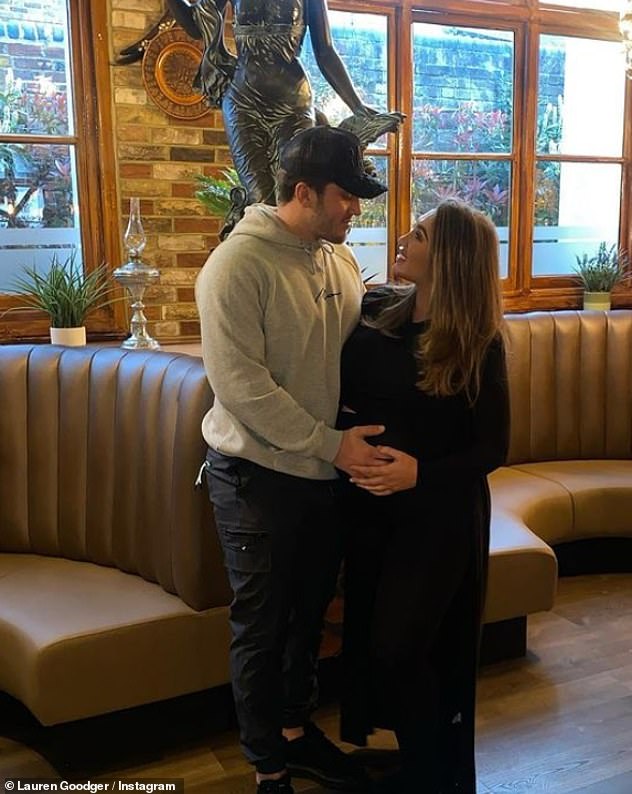 Dream birth: Lauren has been healthy throughout the duration of her pregnancy and looks set to have a water delivery at home in Essex