A mother and her unborn son were saved after surgeons performed the first operation of its kind in the UK – with a team of 30 experts on stand-by.

Polly Marshall was 29 weeks pregnant when she started suffering severe abdominal pains and feared she was going into premature labour.

Doctors discovered a large swelling of a uterine artery – which carry blood to the baby.

The swelling, known as a pseudoaneurysm, could have killed her and the baby, her first child, if it had burst.

Polly Marshall, 38, and her partner Mat Fearon, 46, are pictured with their first child Gus, who is now six months old

Miss Marshall, 38, who was expecting her first child with partner Mat Fearon, 46, had emergency surgery in June last year.

Surgeons at St George’s Hospital in Tooting, south London, successfully closed off the artery, allowing her to carry her son to 38 weeks.

Miss Marshall, from north-west London, said it was ‘amazing’ that she could carry Gus to full term. He is now six months old.

‘I will always be grateful that the problem was identified so early,’ she said.

The operation had never been carried out on a pregnant woman in the UK and there is only one other documented case in France, according to the hospital.

Dr Kevin Hayes, a consultant obstetrician and gynaecologist who led the team which diagnosed the condition, said it was extremely rare for women to develop pseudoaneurysms while pregnant. 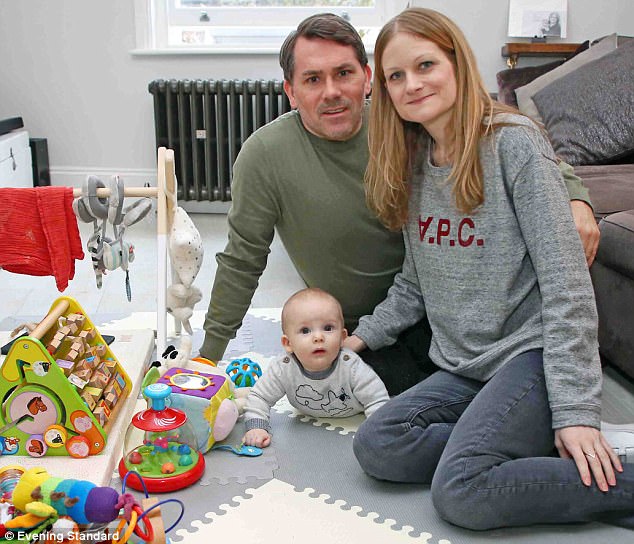 ‘Detailed scans showed that the swelling in Polly’s artery was 5cm in diameter and also getting bigger,’ he said.

‘Blood flow through this artery is particularly strong during pregnancy, so we knew doing nothing was not an option.’

Knowing they could not wait for her to deliver naturally, doctors decided to press ahead with the surgery in June last year.

Experts in anaesthesia, obstetrics and gynaecology were on hand in case the baby became distressed and had to be delivered early.

Vascular surgeons were also in theatre, bringing the total team to 30 people, amid fears the major blood vessel could rupture, meaning she could bleed to death.

They inserted a fine tube into a pin-size hole in her groin to reach the aneurysm. Metal coils were then inserted into the artery supplying the swelling, to stop the blood flow.

Professor Anna-Maria Belli, the consultant who carried out the procedure, said they were worried the surgery could have killed both mother and baby.

But the operation was a success and three months later Miss Marshall, who works in financial technology, gave birth by caesarean section.

‘The fact she was able to undergo the procedure – and carry her baby to term – is a fantastic achievement and has positive implications for other women in her position,’ said Professor Belli. 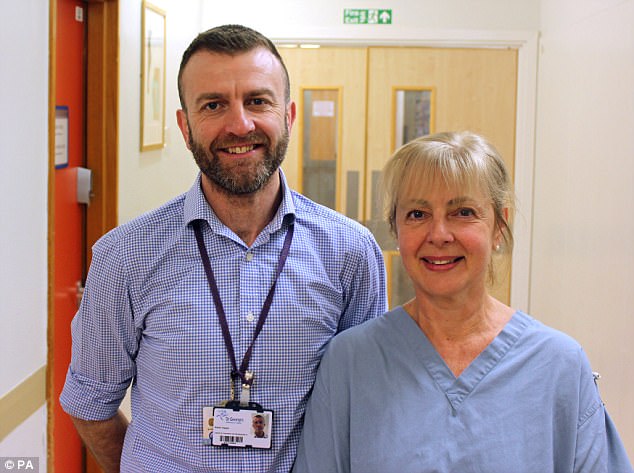 Dr Kevin Hayes and Professor Anna-Maria Belli, the consultant who carried out the procedure