Less than a week ago she was dressed to the nines to attend Prince Harry’s wedding to Meghan Markle.

But Pippa Middleton was back to her signature workout gear when she stepped out in London on Friday, dressed down in leggings, a sweatshirt and trainers, and apparently en route to the gym.

The 34-year-old younger sister of the Duchess of Cambridge, who is believed to be around four months pregnant with her first child with husband of a year, James Matthews, seemed to have a spring in her step as she was snapped making her way across a street.

Pippa Middleton, 34, looked comfortable in her gymwear when she stepped out in London on Friday afternoon

Kate’s sister had her brunette locks swept back into a bun, and she had covered her eyes with sunglasses.

Her low key ensemble was a far cry from the £495 floral dress she wore to attend Meghan and Harry’s Windsor Castle nuptials on Saturday. 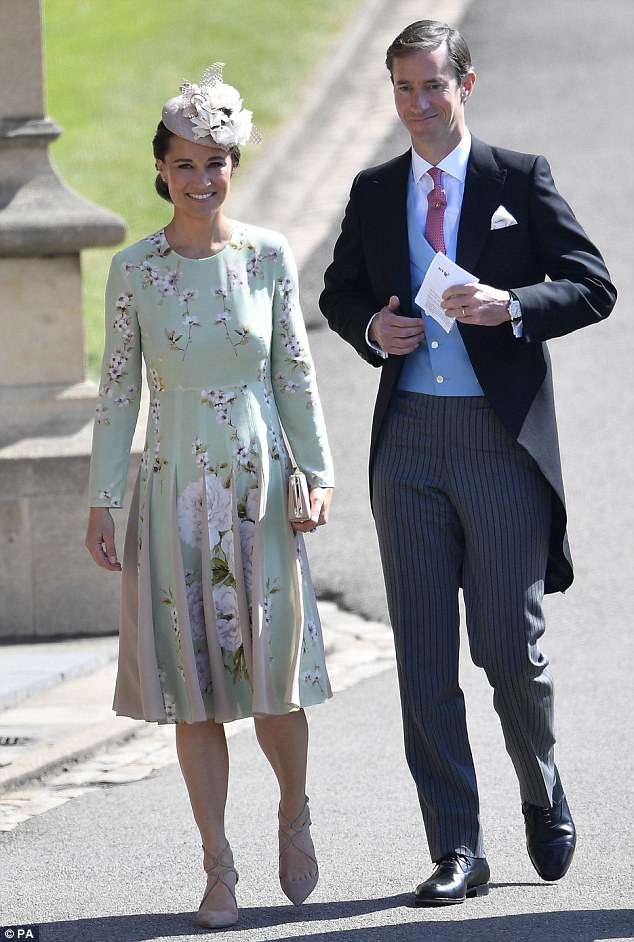 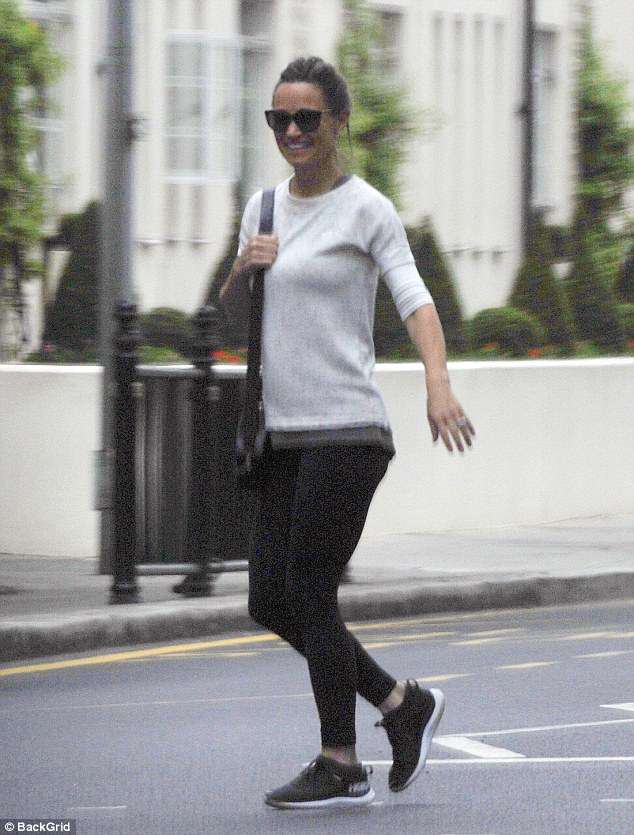 Pippa wore a £495 Hepburn silk floral dress from brand of the moment, the Fold which featured a close-fitting bodice and pleated skirt, to attend one of the most high profile weddings of the decade.

She teamed her ensemble with nude suede shoes and a bespoke Jess Collett Milliner hat in blush with hand dyed flowers, straw honeycomb shards and a sinamay bow. 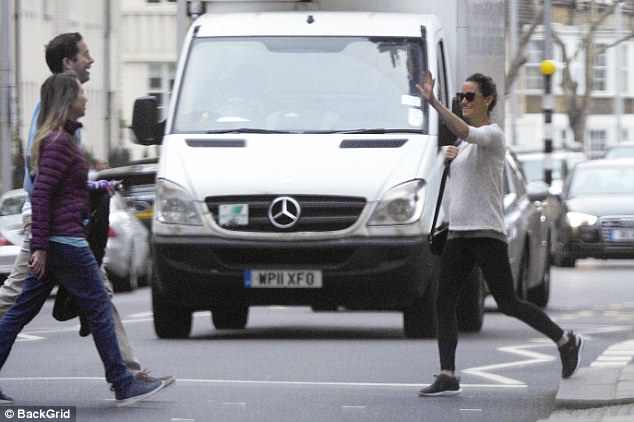 Not everyone, however, was impressed by Pippa’s look with eagle eyed Twitter users comparing her dress to a bottle of AriZona Green Tea, an iced tea drink with honey.

She wore her brunette hair swept back in a voluminous updo and completed her look with an understated nude box clutch.

Pippa appeared to be on her way home from the gym when she was spotted this afternoon, proving she is keeping active during her pregnancy. Sporty Pippa is said to be preparing to give birth ‘like an athlete’, by following a bespoke programme created for her at her exclusive Chelsea gym.

The expectant mother was spotted walking away from the £8,000-a-year KX gym last month carrying a folder believed to be full of dietary and exercise advice, two days before new of her pregnancy broke.

Kate was reportedly the first to be told of Pippa’s pregnancy after James Matthews, and ‘could not have been more delighted’ it has been reported. 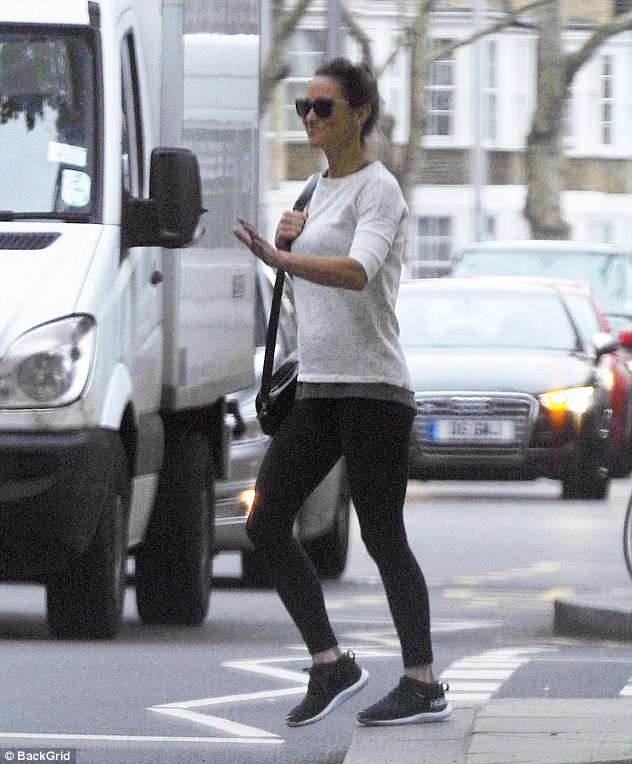