Pregnant Pippa Middleton looked chic as she enjoyed a cycle ride in the London sunshine today.

The Duchess of Cambridge’s younger sister, 34, opted for a black midi dress with a trench coat over the top as she was seen on her bike.

Pippa, who is thought to be expecting her first child in October, finished off her stylish look with a pair of trainers and her trademark shades.

Wearing her brunette locks up in a bun, she showed off her glowing complexion with a minimal make-up look. 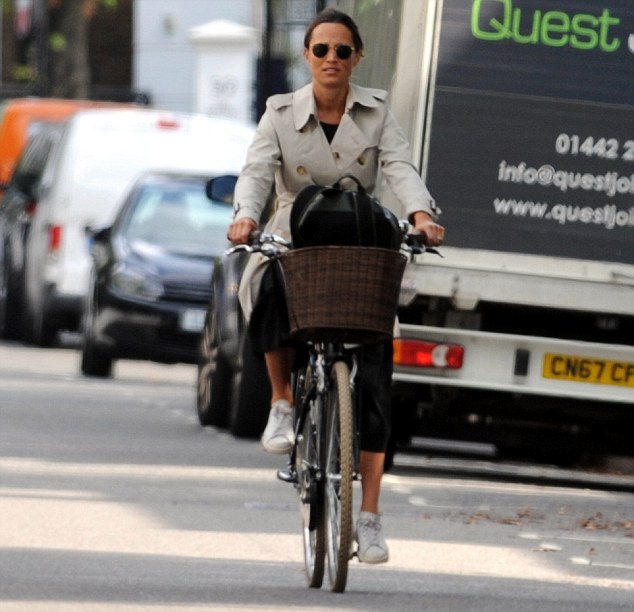 Pippa, who is thought to be expecting her first child in October, looked relaxed as she hopped on her bike today

Pippa, who is often seen out on her bike, looked relaxed as she went about her business in the capital today.

She has no doubt got her hands full at the moment, and she and husband James Matthews prepare to welcome her first child together.

The mother-to-be was seen supervising a furniture delivery at her home earlier this week, as the couple prepare to move back into their £17m mansion together.

Pippa was see on hand as a team of movers unloaded rugs, mattresses and ornamental armchairs from a van. 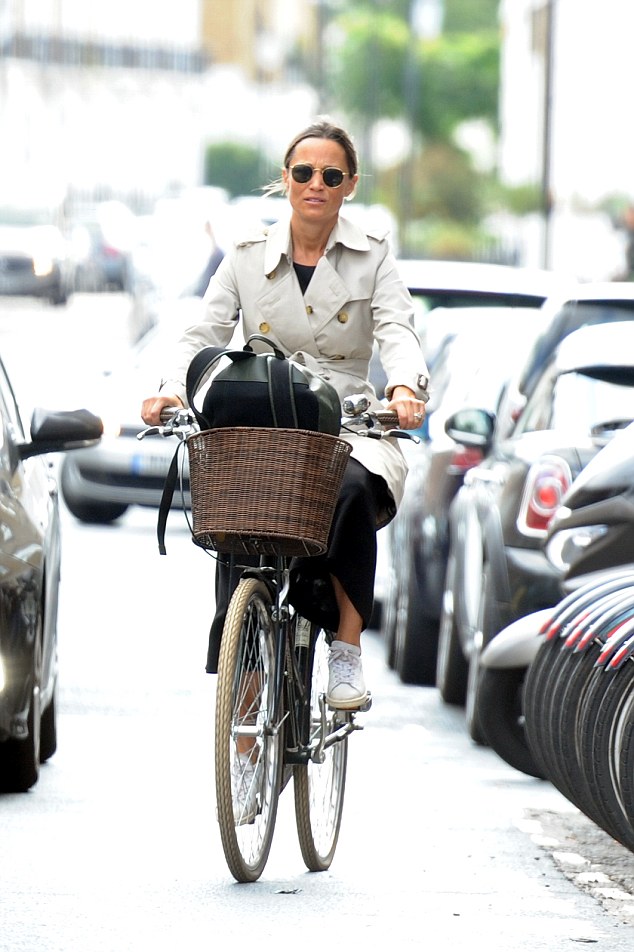 Pippa teamed her stylish trench coat with a black midi dress underneath, along with a pair of white trainers 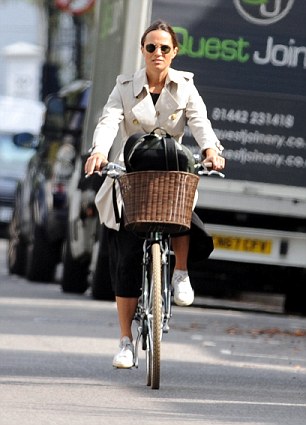 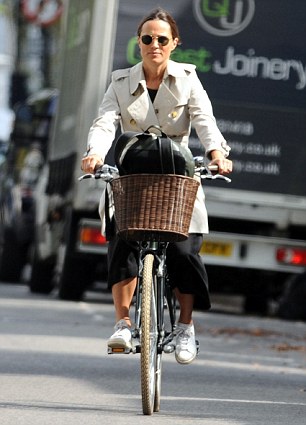 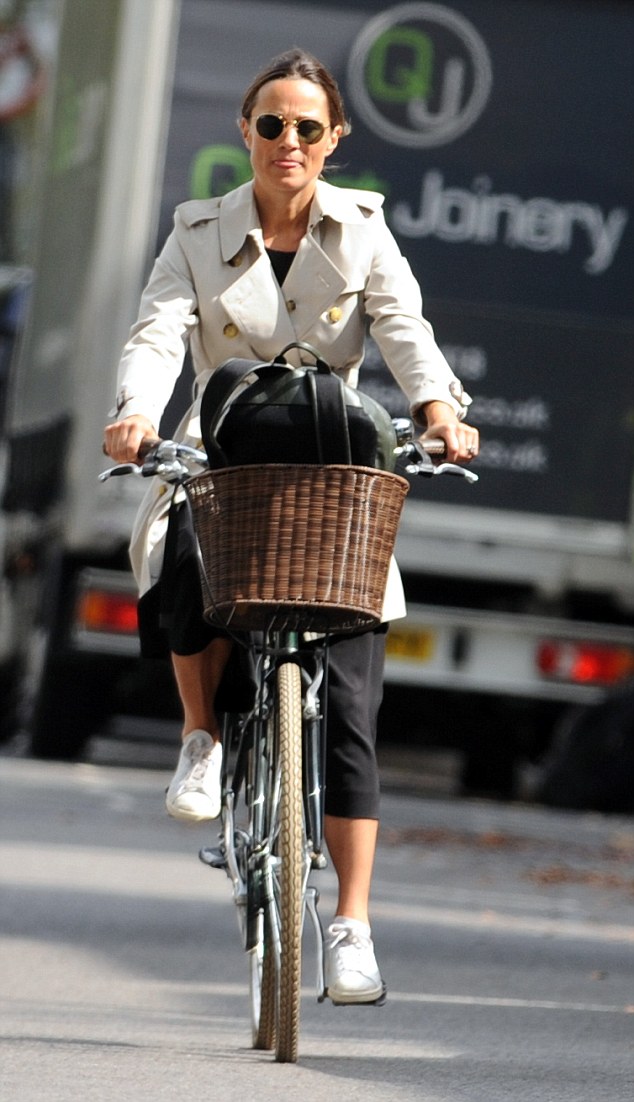 Pippa appeared to be deep in thought at one point as she cycled through the streets of London, taking in the sunshine

The author and socialite seems to be taking her first pregnancy in her stride, previously explaining how she has been keeping up her exercise regime.

She recently revealed how swimming was helping her combat swelling during the recent heatwave.

Pippa added it was ‘comforting’ to know that swimming was safe while expecting her first child, describing how she has found it the most enjoyable form of exercise while pregnant.

Writing in her column for Waitrose Weekend, she explained: ‘Swimming throughout pregnancy offers a wonderful feeling of weightlessness.

‘From personal experience, I’d confidently say I find it has been the most enjoyable and rewarding form of exercise since I found out I was expecting.’

Pippa also previously revealed how she had been playing tennis during her pregnancy, after being inspired by Serena Williams. 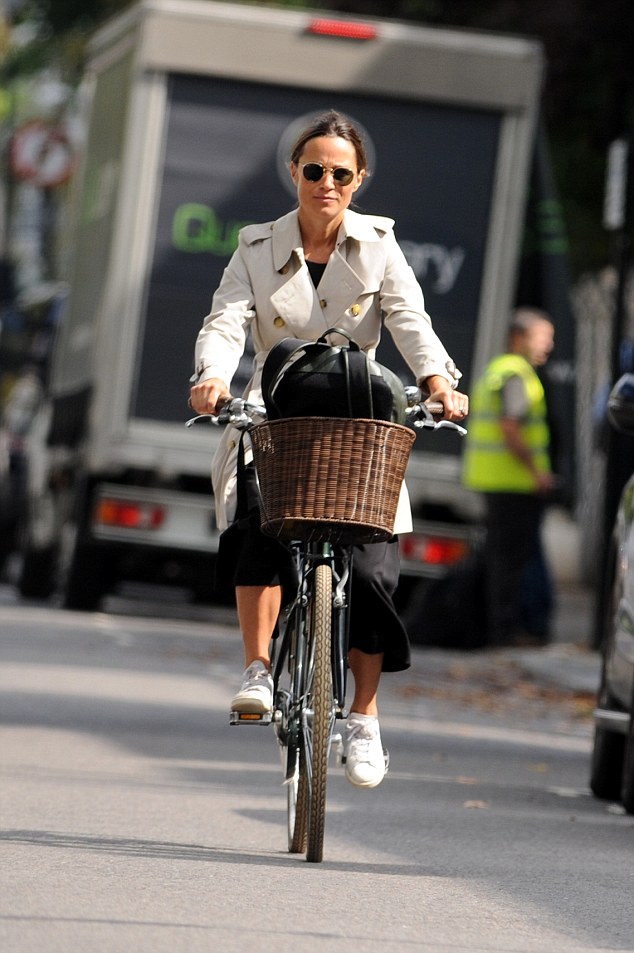 Wearing her brunette locks back in a bun, Pippa finished off her stylish ensemble with a pair of her trademark shades 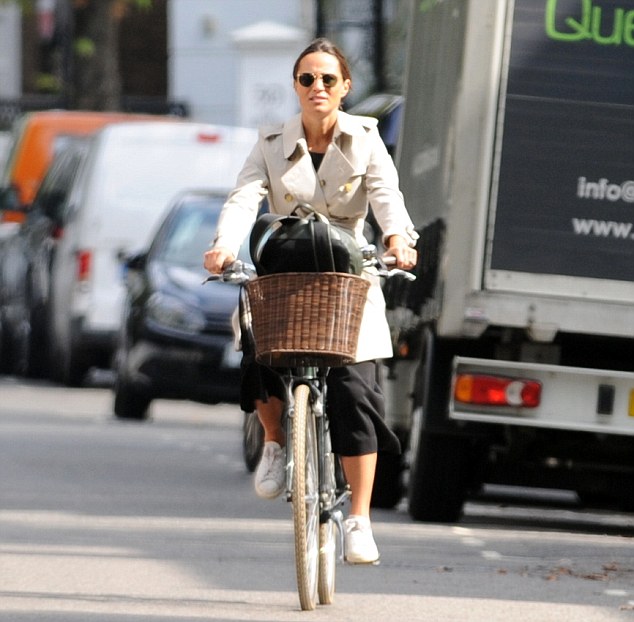 Kate’s younger sister, who is believed to be around seven months pregnant, showed off her glowing complexion with a minimal make-up look 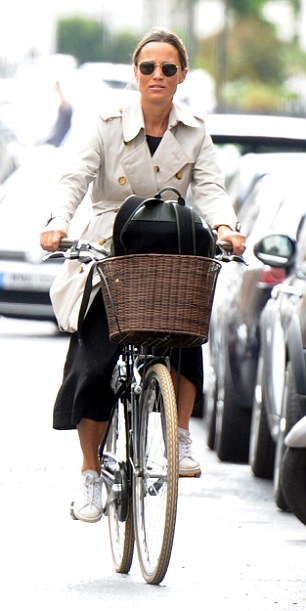 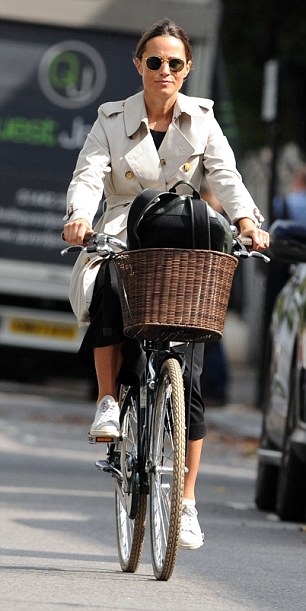 Pippa tucked her rucksack safely into her bicycle basket as she went on her way. She no doubt has her hands full as she prepares to welcome her first child with husband James Matthews