A pregnant mother-of-four accused of masterminding the daylight execution of a Sydney criminal lawyer allegedly fled to New Zealand with more than $6,000 in cash just two days after the killing.

Police allege Analosa Ah Keni, 35, paid a hitman to murder Ho Ledinh, 65, at Happy Cup cafe in Bankstown as he held a meeting at 3.30pm on January 23. He was shot four times in the stomach and died at the scene.

Ms Ah Keni fled the country on January 25 but was stopped by New Zealand custom officials who took her phone, which allegedly contains pictures of the semi-automatic gun used in Mr Ledinh’s murder, Prosecutor Rossi Kotsis told the Burwood Local Court on Wednesday.

‘The deceased’s body was barely cold before she arranged to buy tickets to get out of the jurisdiction without her children,’ Mr Kotsis said, according to the Daily Telegraph.

Mr Ledinh (pictured with wife Ngo Thu Huong), a father to two young children, was shot four times at Happy Cup cafe in Bankstown as he held a meeting at 3.30pm on January 23 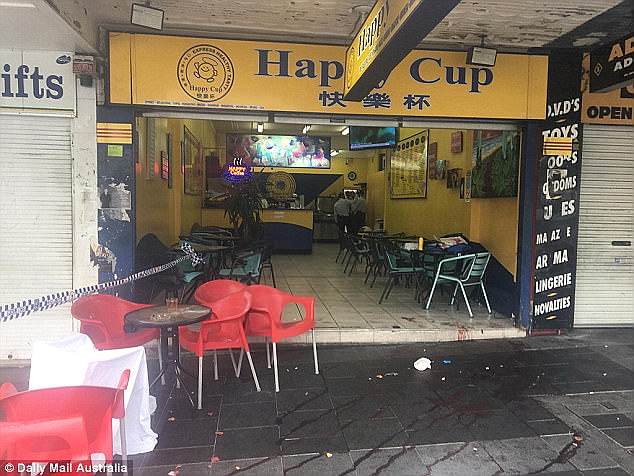 ‘The premises where she lived and the entire household including furniture items had been packed up and were placed in storage ready to be shipped to New Zealand.’

Police allege Ms Ah Keni knows where the semi-automatic gun has been hidden.

Court documents tendered to the court reveal officers believe the same weapon was used in a double homicide in 2015, according to the Daily Telegraph.

Ms Ah Keni, who returned to Australia on February 6, was denied bail on Wednesday after Magistrate Robyn Denes found the mother-of-four was a potential flight risk.

‘More questions are raised by the conduct of the accused immediately after the murder than are answered,’ Ms Denes said.

Ms Ah Keni was arrested on the Hume Highway in Marulan, NSW, on March 8 and charged with murder. 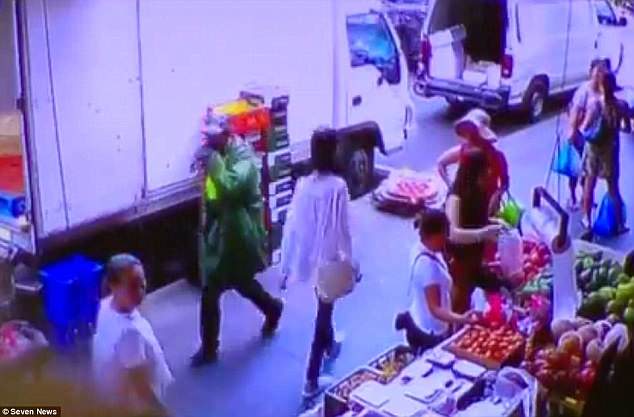 Police allege she paid a hitman to murder Mr Ledinh, 65, and was there to oversee the killer (pictured) being handed a green jacket and a water bottle – which were crucial clues in the investigation that led to her arrest 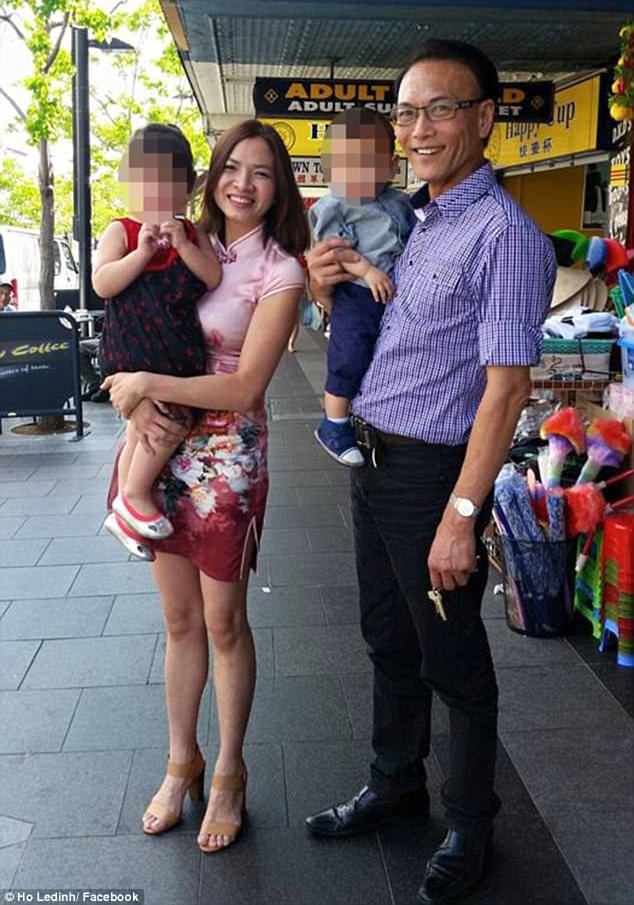 Ms Ah Keni told officers after her arrest that she had no recollection of what she was doing when Mr Ledinh was murdered, the documents state.

Court documents also revealed Ms Ah Keni is four months pregnant and has been ‘experiencing difficulties’ in a prison clinic since her arrest.

Mr Ledinh, a father to two young children, staggered to the floor and died in front of horrified witnesses.

Despite their best efforts, paramedics and his close friend Huu – crying ‘say something, please!’ – could not revive him.

The gunman, who police allege was Arthur Kelekolio, 38, wore a green top and was seen on security vision throwing a water bottle into a bin prior to the killing. 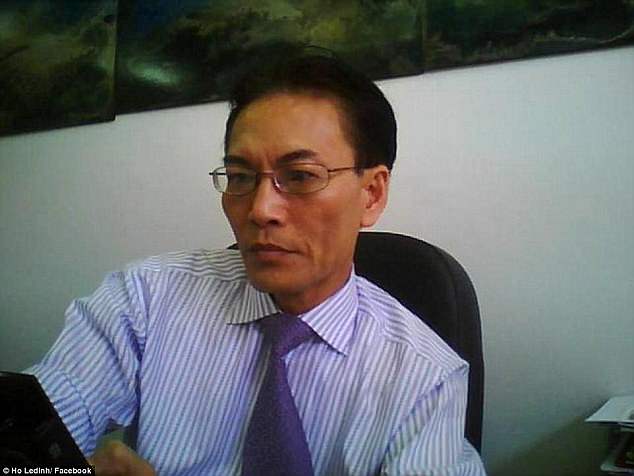 Ms Ah Keni was arrested on the Hume Highway in Marulan, New South Wales, on March 8 and charged with Mr Ledinh’s (pictured) murder 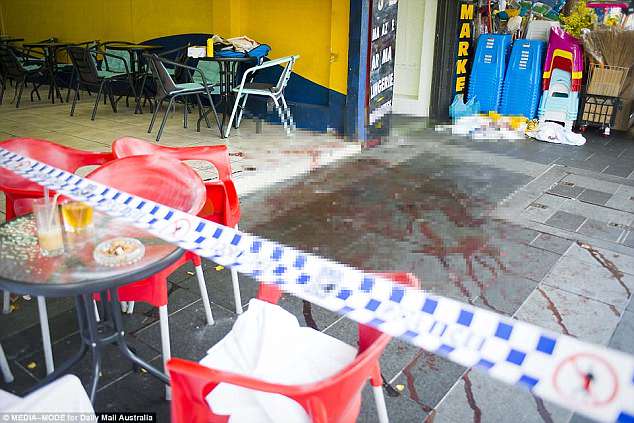 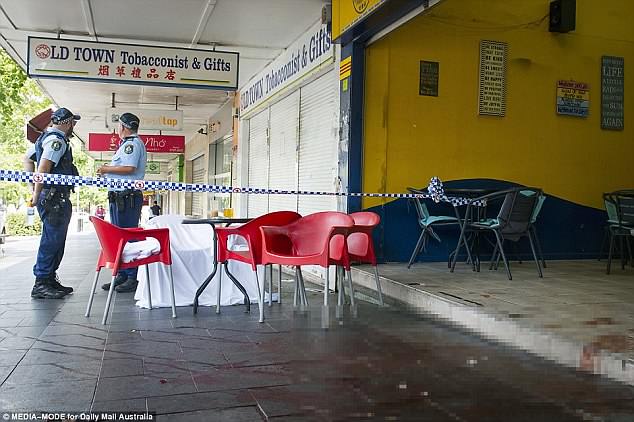 The documents state she received a phone call shortly after the deed was done, before jumping into her van, which she supplied as a getaway vehicle for the gunman (scene pictured) 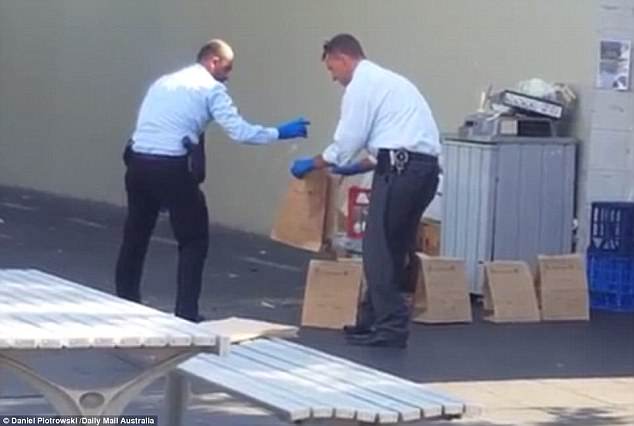 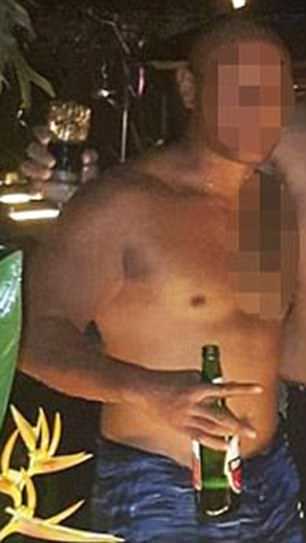 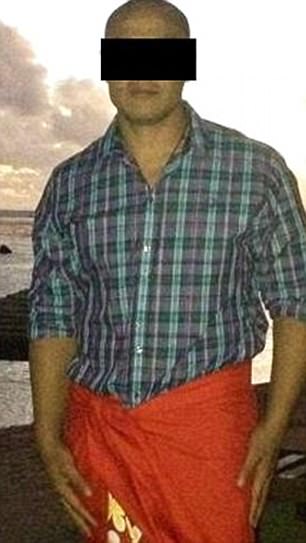 Police alleged in court documents that Ms Ah Keni watched as Kelekolio was given his outfit and drink bottle prior to the shooting.

Ah Keni is alleged to have driven past the cafe less than an hour before the shooting and is also accused of driving the getaway van the killer escaped in afterward.

Kelekolio was arrested at Sydney International Airport last month over the alleged murder, as he attempted to board a flight to Bali.

His lawyer, Adam Houda, has not applied for bail. The matter was adjourned to April 11.

Ah Keni’s will return to court on May 2. 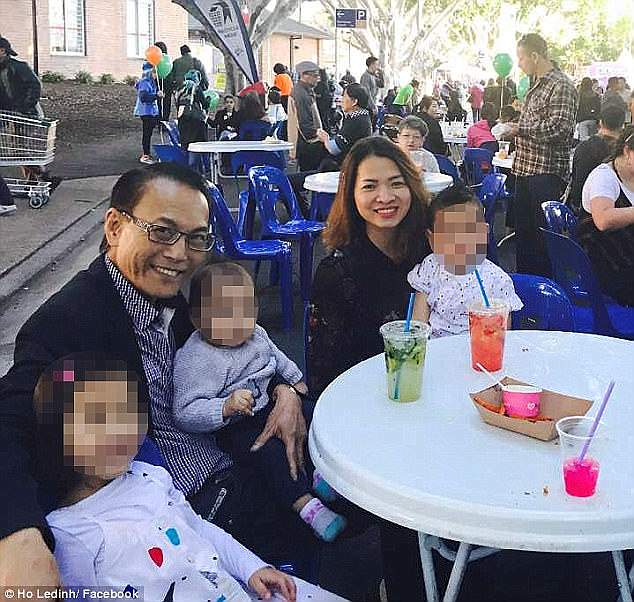 Ms Ah Keni told officers after her arrest that she had no recollection of what she was doing when Mr Ledinh (pictured with his wife and children) was murdered, the documents state

Friends of Mr Ledinh said he was a good lawyer but a bad businessman, and records showed he was owing significant sums of money.

His wife Ngo Thu Huong, 30, was in Vietnam with the couple’s two young children at the time of his death.

Following the targeted attack, officers said they would be looking into Mr Ledinh’s organised crime clients as part of their investigation, with the Homicide Squad setting up Strike Force Eugene to investigate the shooting.

The father-of-five was one of the solicitors who represented Philip Nguyen, the man jailed over the killing of Sydney police constable Bill Crews in 2010.