Prehistoric artifacts including a spear tip from 6,000 BC are found inside an alligator’s stomach

Prehistoric artifacts including a Native American spear tip from 6,000 BC are found inside a 13ft alligator’s stomach in Mississippi

By Michelle Thompson For Mailonline

Ancient artifacts – including a weapon part crafted thousands of years ago – were found in the belly of a 750-pound alligator killed in Mississippi.

Outdoorsman John Hamilton said he made ‘the hunt of a lifetime’ after capturing the 13-foot beast, and later learning its stomach contents included a Native American spear part dating back as far as 6000 BC.

‘What a hunt,’ Hamilton said on his Facebook page September 6 after making the catch.

That’s not all – an expert who examined the unearthed contents said the alligator’s stomach was also housing a mysterious fishing contraption known as a plummet, which dates back to 1700 BC.

Red River Processing, which dissected the swamp creature, said the gator ‘produced the shock of the year.’

A member of a Mississippi hunting team poses with a 750-alligator, which was later revealed to be hosting at least two ancient artifacts – dating back thousands of years – in its stomach 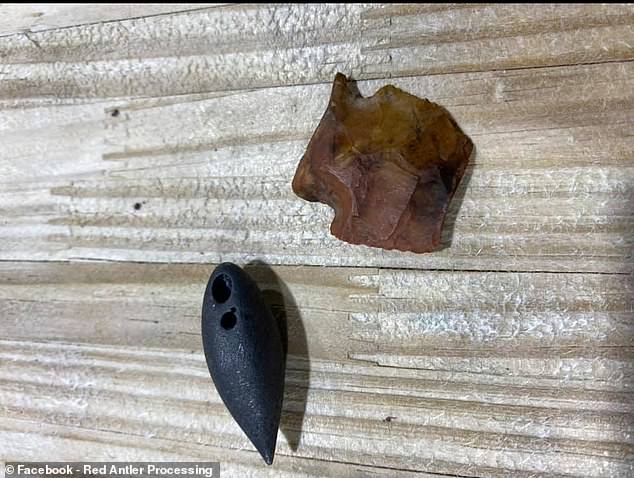 Mississippi Department of Environmental Quality’s James Starnes, who examined photos of the finds, said one object dates back to the Early Archaic period of about 5000-6000 BC, The Clarion Ledger reported.

Starnes, the department’s director of surface geology and surface mapping, said although the piece resembles an arrowhead, it’s actually the tip of an early weapon.

Its purpose was to help increase the speed of a launched spear.

‘That’s an atlatl dart point,’ Starnes told the outlet. ‘People think all heads are arrowheads, but those (arrowheads) would be the little bitty points.’ 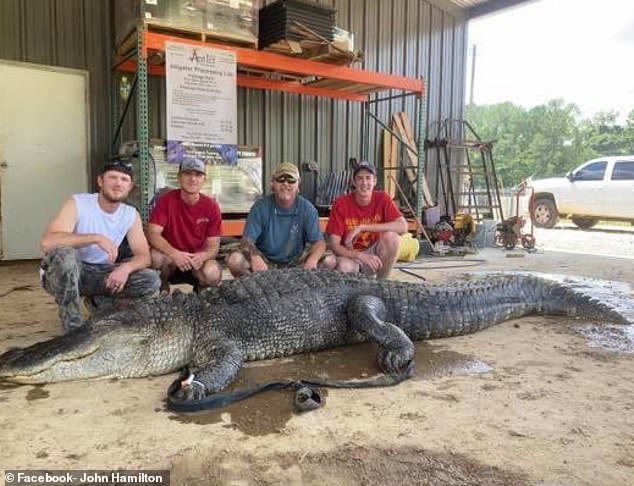 The 13-foot alligator was captured in  Eagle Lake, Mississippi, and transported for processing 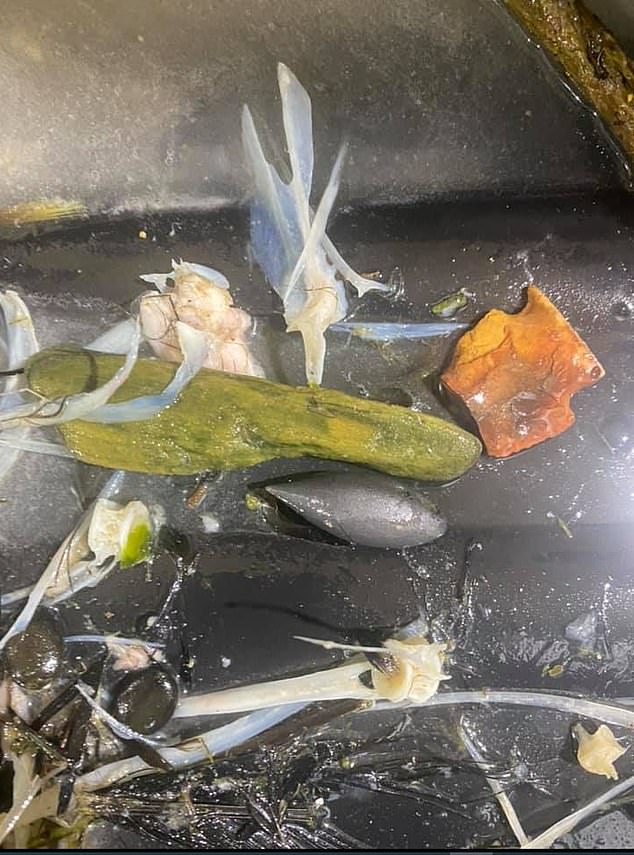 Less surprisingly, the harvested alligator also had bone fragments and feathers in its stomach

A second prehistoric artefact discovered in the alligator’s stomach was identified by Starnes as a ‘plummet’ dating back to 1700 BC.

The purpose of the iron object was not clear.

‘The plummets, we really have no idea what they were used for,’ Starnes said. ‘These things had some significance, but we have no idea. We can only guess.’

Red Antler Processing, which harvested the animal, said it had been cutting into alligators recently to see what the stomach contents contained.

The trend started in April after a South Carolina butcher  opened up the stomach of a 12-foot, 445-pound land alligator and discovered some unexpected objects.

Corday’s said in a Facebook post that it found five dog tags, a bullet jacket, a spark plug, turtle shells, and several bobcat claws inside the gator. 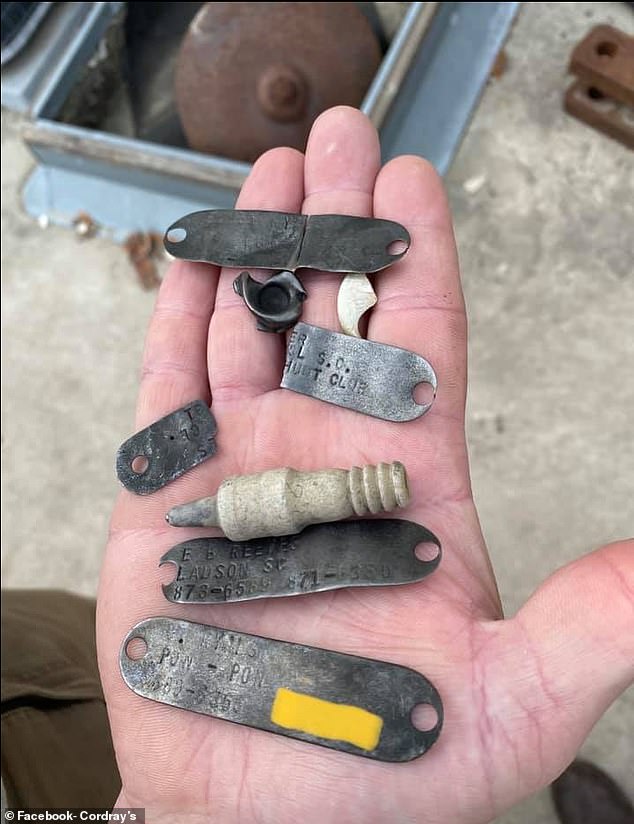 Earlier this year, a South Carolina butchery found dog tags and a bullet casing in a gator’s belly

‘Alligators, like other animals such as birds and other reptiles, are known for ingesting grit and rocks to help with digestion,’ alligator program coordinator Ricky Flynt told the outlet. ‘We know alligators and crocodiles do that.’

Hunting the reptiles is legal in some states, including Mississippi, South Carolina, Texas, Florida, Georgia, Alabama, and Arkansas.