Football’s governing bodies have come under mounting pressure from Government to eradicate the casual breaches of social distancing rules on and off the pitch after a series of high-profile incidents.

New guidance was issued by the Premier League last week that stated players must avoid ‘unnecessary contact at all times’ including ‘handshakes and hugging’, as well as instructions to wear face masks on the bench, spot checks of dressing rooms and team buses to ensure social distancing measures are being followed. 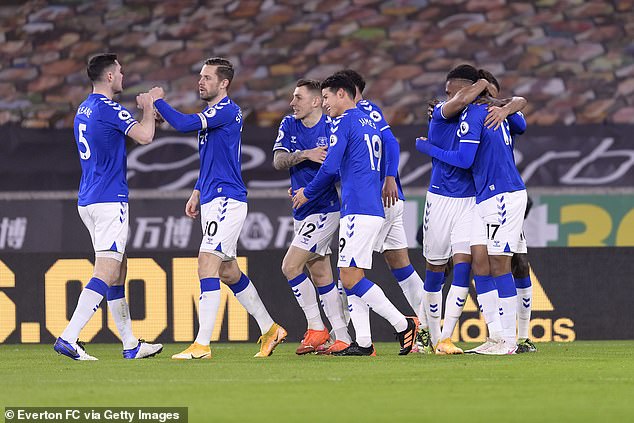 But players have shown no sign of taking the new rules on board as Everton, Wolves, Sheffield United and Manchester United stars all got up close and personal after netting crucial goals in Tuesday night’s fixtures.

The Premier League says that the clubs should investigate and sanction ‘individual transgressions by relevant persons’.

It’s guidance adds: ‘Failure to do so may result in disciplinary action by the league individually against the relevant person, where appropriate, and/or against the club.’

But, according to The Times, players in Wednesday night’s matches and fixtures moving forward will be under even greater scrutiny to ensure the new rules are being followed.

It is claimed the Premier League are ‘expecting that the conduct of players and coaching staff will improve in the coming days’ amid fears rule breaches could force politicians to halt the season.

And sanctions are ready to be put in place if players continue to brazenly ignore the rules while the situation across the UK worsens. 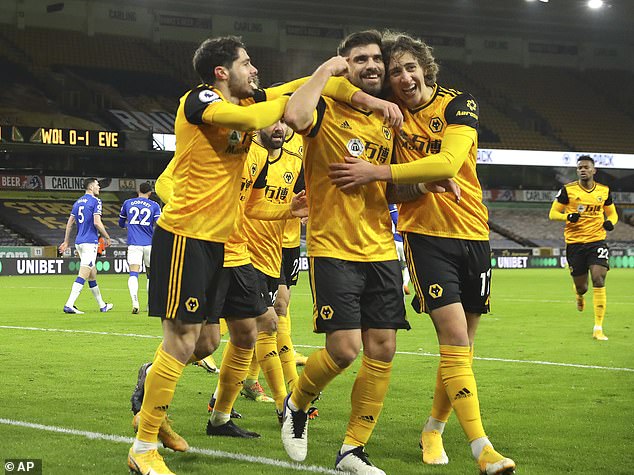 Clubs could face sanctions if they continue to break rules, like Wolves players did on Tuesday 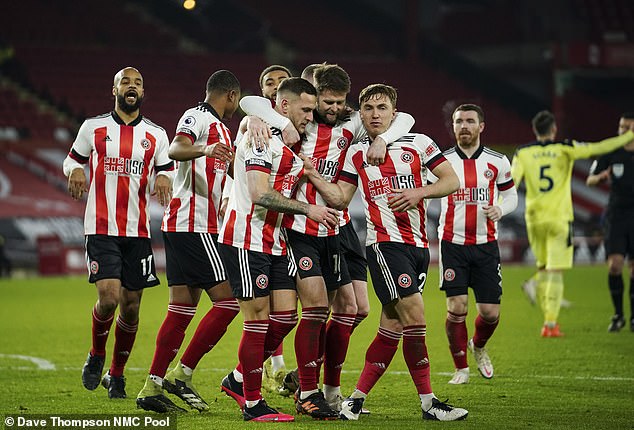 Sheffield United manager Chris Wilder claimed on Tuesday it is ‘unnatural’ to stop players hugging after his team mobbed Billy Sharp, whose goal secured their first victory of the season against Newcastle.

‘It’s an emotional game,’ said Wilder. ‘We’ve talked before about the country looking at us and the other two games, I understood that. But it is an emotional game on the pitch and on the touchline… it is unnatural and unreal (not to celebrate).’

‘Football is a game that brings out the best and worst [emotions], but we also understand the concern that there should be less emotions and less hugging,’ he said after the victory.